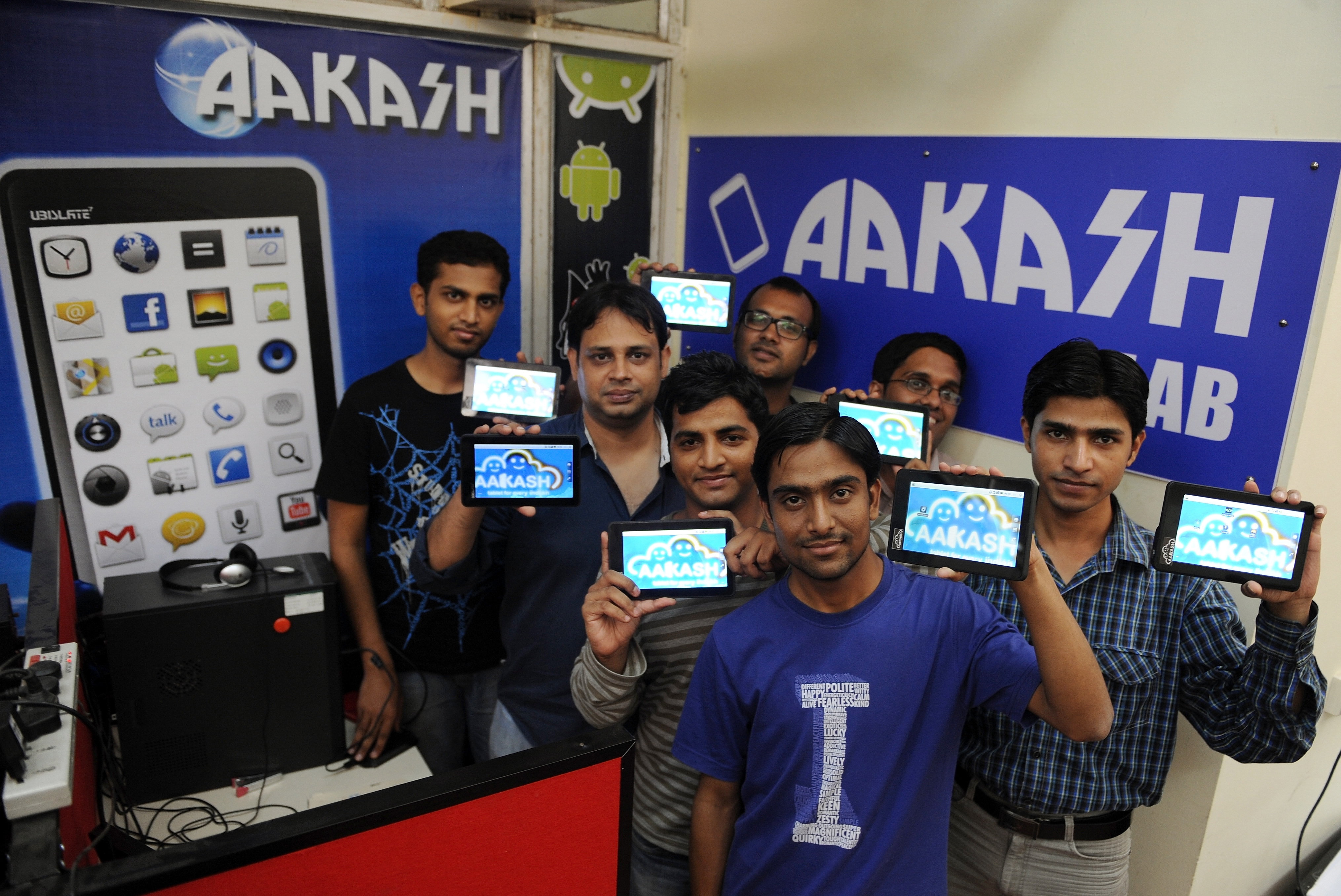 (MoneyWatch) When it comes to the tablet hardware market, market watchers usually draw the competition among the likes of Apple (AAPL) and Samsung, with Microsoft (MSFT) trying hard to be relevant. But maybe eyes should turn east.

An Indian company that had previously developed a dirt-cheap but inadequate Google (GOOG) Android-based tablet has announced its new Aakash 2 tablet with a 7-inch screen, 512 megabytes of RAM, 800 megahertz processor, Wi-Fi, USB connector and SD card slot. In other words, it is not enough hardware to dazzle a jaded tech appetite but enough to actually get work done. And the price? $40.

There has been an inexorable march toward cheaper consumer electronics ever since the industry started. The general model has been that companies come out with something new and charge a premium price to early adopters. Then prices drop over time as everyone gears up for manufacturing and the economics of large scale production drives down costs, letting companies compete on price. Then the industry responds by coming out with the next new thing.

There have been some exceptions. Apple, for example, has used a premium pricing strategy to maintain profits but even that champion of corporate profits has limits on what it can charge. The company had to drop the price of the iPhone by $200 two months after its introduction because even Apple fans can be price sensitive.

But the industry has never been structured to handle prices that can effectively hit a zero point. The Indian tablet, actually designed by U.K.-based Datawind, is proving that what much of the world would consider good enough could be so cheap that western audiences could almost treat technology as disposable. If a company could create an introductory tablet for a manufactured cost of $20, how much would it take to make a device that could attract broad attention everywhere?

Of course you wouldn't see everyone bail out of purchasing iPads or a Samsung Galaxy tablet. But high end devices have depended on broad adoption to make them price competitive. What happens when competitive pricing drops by a factor of three to five?

The shift would strike to the entire structure of companies originally designed to compete in a different type of world. Hardware wants to be free and that's going to increasingly create a challenge for manufacturers who will learn firsthand the frustrations that software companies have faced for years.