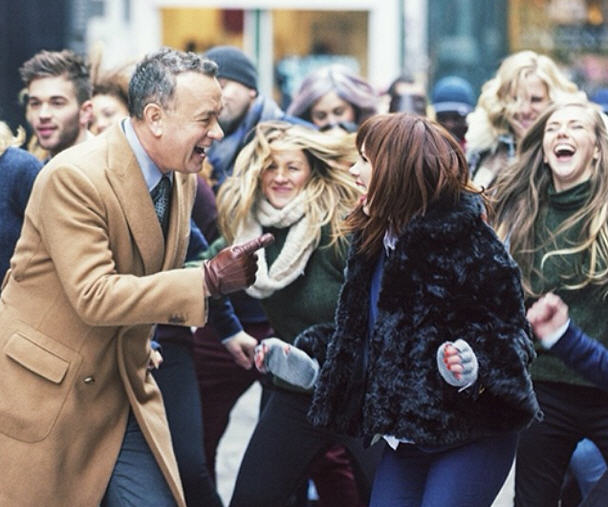 Tom Hanks' latest role may seem a bit unconventional to fans of the Oscar-winning actor, but we're excited!

The "Saving Mr. Banks" star landed a part in Carly Rae Jepsen's new music video, "I Really Like You," after spending a night drinking with friends.

"I was at dinner with friends of ours who works with Carly and they said, 'We were maybe going to ask you if you'd want to do this thing,' and I literally had a beer in my hand and I said, 'Yeah sure I'll do it,'" Hanks told ET on the red carpet at the SeriousFun Gala to benefit the Children's Network. "And that was it! Next thing I know, boom! Carly Rae Jepsen video."

The Internet went wild when Jepsen posted an Instagram pic of the actor on the video set, writing "Coming Soon! #IReallyLikeYou."

Hanks and wife Rita Wilson are friends with Scooter Braun, who manages Jepsen as well as Justin Bieber. The couple even attended Braun's wedding last year, where Hanks jumped onstage with the band to perform Montel Jordan's hit "This Is How We Do It."

Check out a clip of the hilarious performance, courtesy of Justin Bieber's Instagram, in the video here.