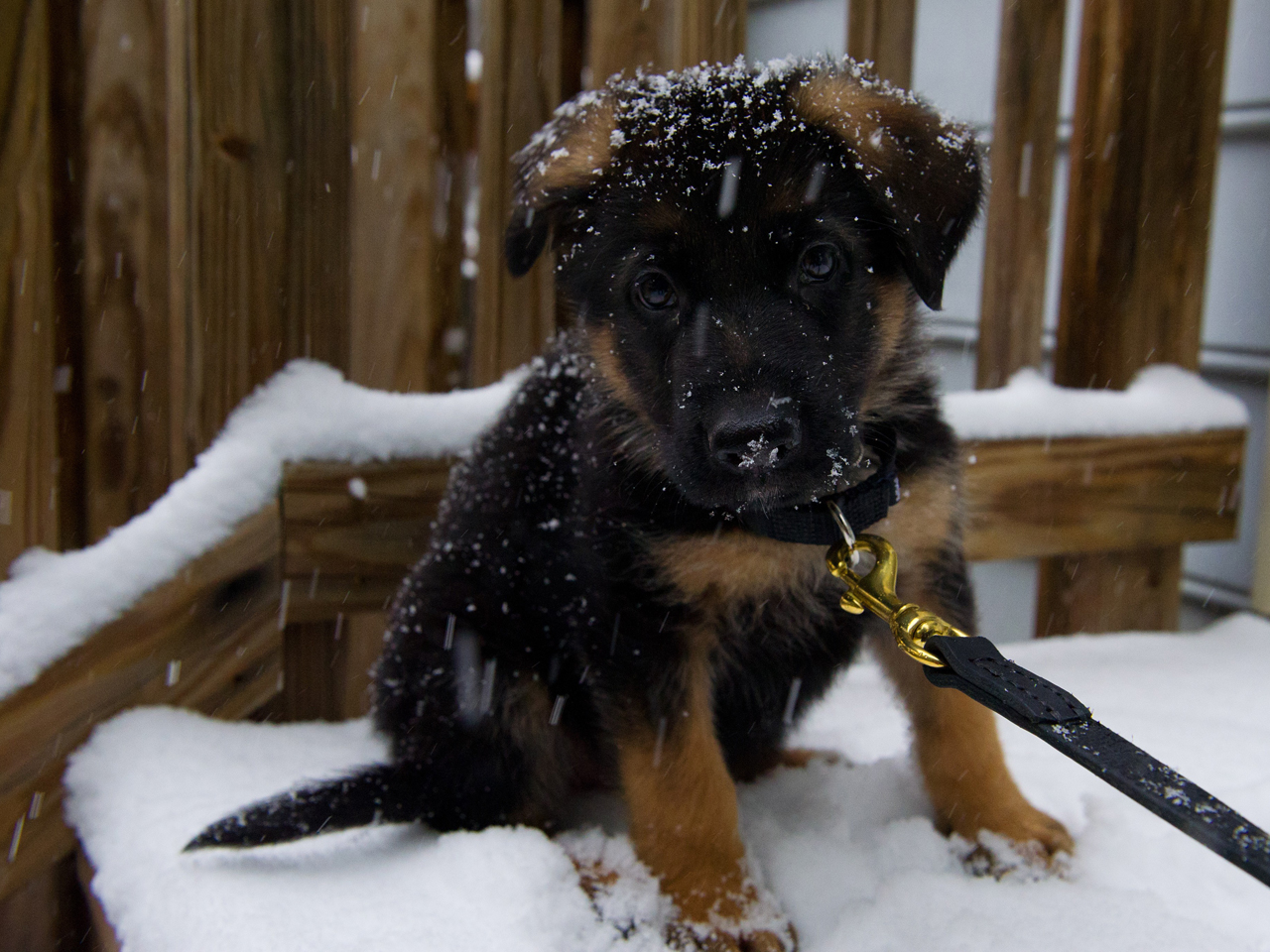 The cold weather may mean your four-legged friends may not be so keen on taking a walk outside. And with good reason -- not all breeds of dogs have the thick coats and layers of body fat needed to tolerate freezing temperatures. It can be difficult for smaller dogs to wade through deep snow. And the road salt used to melt ice on streets and sidewalks can irritate paws and make animals sick if they swallow it.

To deal with the cold, a simple solution is to put a sweater or jacket on the dog. Pay attention if your dog is shivering, as it may be a sign of hypothermia. Dogs can even suffer from frostbite if left outside too long; the tail, ears and feet are especially vulnerable.

Protecting sensitive paws is more of a challenge. Some owners attempt to put booties on their dogs to help them trek through the ice and snow, but that's easier said than done.

"Certainly booties are nice if you have them -- and your dogs will tolerate them," Dr. Juliet Gladden, a board-certified veterinary emergency and critical care specialist with BluePearl Veterinary Partners in Chicago, said to CBS News with a chuckle.

Part of the problem is that dogs use their pads and feet to get a sense of their environment, she explained. When you cover the paws, they get disoriented.

Dr. Ken Drobatz, chief of the emergency service at Penn Vet's Ryan Hospital in Philadelphia, suggested taking some time to get your dog used to wearing booties. If you start taking them on walks with the shoes on in warmer weather, they'll begin to associate the booties with a fun activity. By the time winter rolls around, they may be happy to wear the shoes.

Still, some dogs absolutely refuse to walk with footwear. There are other products out there that are thinner than traditional dog shoes. Booties that look like a balloon and are made out of rubber won't prevent frostbite, but they allow the dogs to feel more of the ground.

Some special creams and balms can also protect paws from being irritated by road salt.

Dog owners should consider using non-toxic ice-melt products instead of salt on sidewalks and driveways to help minimize their pet's contact with the chemicals.

Another risk of ice-melting salts is that they can be toxic if ingested. Dogs are at risk if they lick their paws or drink from a puddle of melted snow. While larger dogs that eat a lot of salt will probably just have symptoms like vomiting and diarrhea, salt can cause serious reactions like confusion, seizures or even worse for smaller breeds.

"For a dog that weighs only four pounds, an ounce or two of ice melt can cause sudden death," Gladden said.

To prevent that, veterinarians say to make sure your dog isn't drinking water on the street or licking the sidewalk. When they come in the house, rinse or off their paws or at least try to wipe them to get rid of excess salt. Drobatz said to be especially careful to remove any foot creams that the salt and grime might cling to, as dogs will want to lick it off.

Some dogs will just simply refuse to go outside when the weather is too cold. Remember your dog is more likely to do something that you yourself are willing to do. "Go outside with your dog!" Dr. Melissa Bain, assistant professor of clinical animal behavior at UC Davis School of Veterinary Medicine, said to CBS News.

It's ok to make it quick. "It's not as necessary for them to go out for long periods of time as soon as they are done eliminating. If the dog really doesn't want to go outside, make it as comfortable as you can and then take them back home," Bain explained.

Gladden said that many people make little outdoor shelters that are covered so dogs aren't exposed to the elements when they run outside quickly to do their business. If that's not an option, consider stocking up on products that allow dogs to go indoors on an absorbent pad or patch of sod.

Make sure, however, that your pooches have a way to release pent up energy if they are cooped up. Bain suggests giving your pet some extra play-time, or getting food-dispensing toys so dogs can keep active as they forage for food throughout the day. Older dogs who are less playful can benefit from a quick massage and having their owners rotate their joints if they aren't going out for a regular walk, Gladden added.