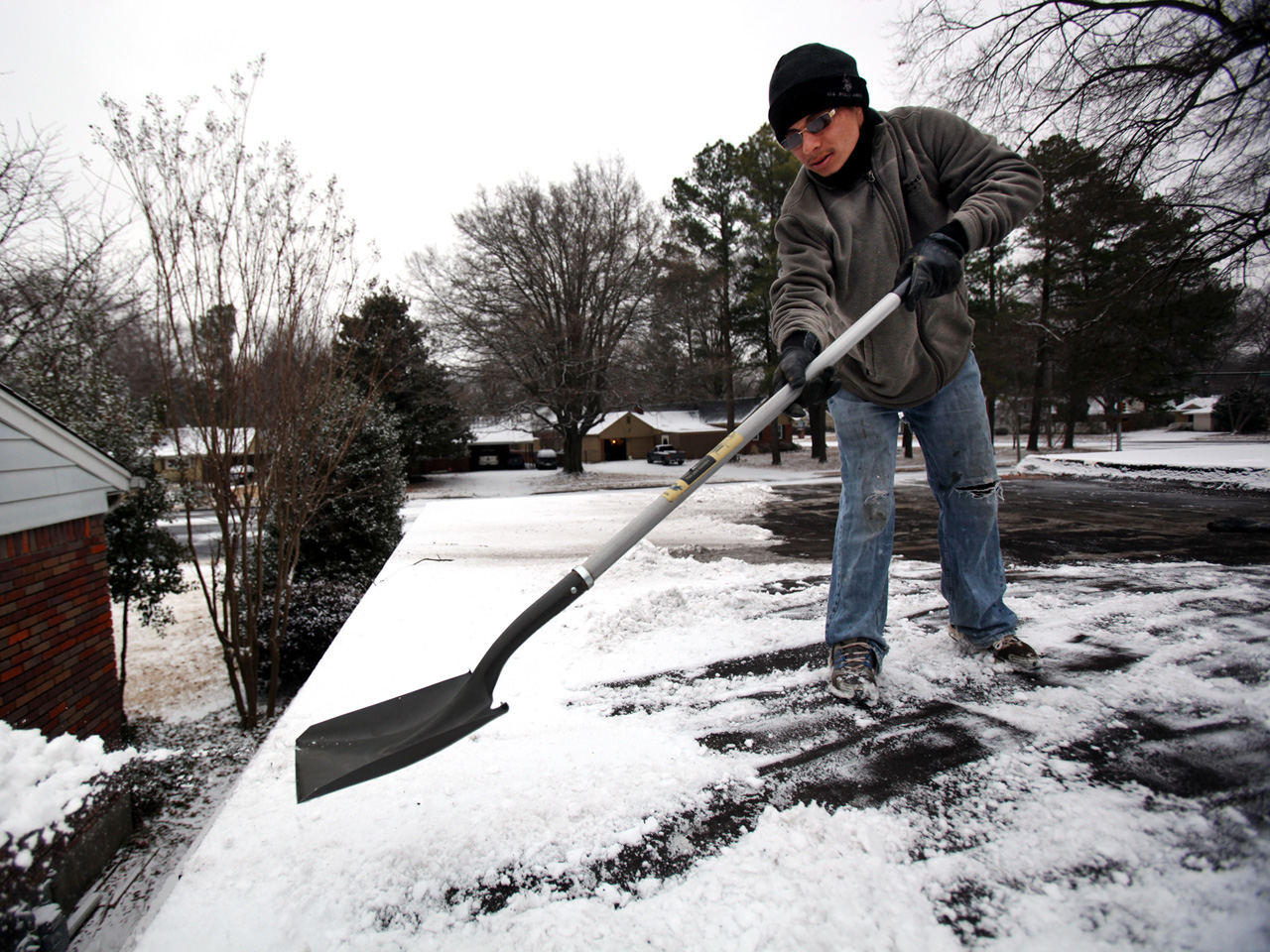 The Southeast is preparing Monday for a new winter blast of ice and snow, which is expected to last longer than the storm system that hit in late January.

Meteorologist Megan Glaros of CBS Station WBBM said the storm system moving into the Deep South is creating the possibility of sleet, ice and snow potential from now likely all the way through Wednesday afternoon.

"This is going to be a long-term situation, creating an icy mix from the heart of Texas all the way on to the Carolina coastline," Glaros told "CBS This Morning."

Freezing rain will be possible over eastern Texas, northern Louisiana, southern Arkansas, northern Mississippi and northern Alabama. A swath of heavy snow will also push across northern Arkansas and into the Tennessee Valley. By the evening, this system will trek northeastward, bringing light to moderate snow to the Mid-Atlantic and Northeast. An arctic air mass is forecast bring blustery weather to the upper Midwest and the Great Lakes on Monday.

The National Weather Service has issued a winter weather watch from 7 p.m. Monday through 7 p.m. Tuesday and a winter storm watch from Tuesday evening through Thursday morning for the metro Atlanta area.

The weather service forecasts that rain Monday night in north Georgia -- including the metro area -- will change to snow by Tuesday morning and will likely mix with sleet during the day Tuesday, and snow can be expected from Tuesday night through Thursday morning. Snow will likely accumulate on roads making driving conditions hazardous.

In South Carolina up to 6 inches of snow are possible along the Interstate 85 corridor, with two to four inches of snow possible in the northwestern and central parts of the state.

Emergency officials throughout the area have been urging residents to prepare their homes and vehicles.

With memories of thousands of vehicles gridlocked for hours on icy metro Atlanta highways fresh in their minds, emergency officials and elected leaders in north Georgia were preparing.

Gov. Nathan Deal, who received intense criticism for his response to the Jan. 31 storm that paralyzed the metro area and left motorists stranded in their vehicles overnight, said in a news release Sunday night that he had put emergency response agencies on alert and began significant preparations.

Deal issued a state of emergency for north Georgia counties hours ahead of the storm, something he didn't do during the Jan. 28. storm. The governor says he is worried about the threat of ice.

Glaros said as the low pressure system emerges off the coast, "it does bring about the potential for a Northeast snowstorm, but we're not sure yet whether the low moves out to sea or stays along the coast."