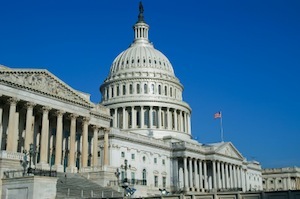 (MoneyWatch) COMMENTARY With Rep. Paul Ryan's selection as Mitt Romney's presidential running mate and the Wisconsin lawmaker's controversial views on Medicare, the political debate is heating up over how to contain the federal health care program's rising costs. Here I'll give you some guidance for evaluating various proposals and sorting through the inevitable misleading, nasty sound bites you're likely to hear from politicians this political season.

Medicare is basically a universal medical insurance plan for citizens age 65 and older and for a limited number of other beneficiaries. As such, many medical insurance principles that are familiar to workers under age 65 also apply to Medicare.

Medicare is neither government-provided nor socialized health care. Medical services are usually delivered through the private sector by both for-profit and non-profit health care providers. Medicare is primarily a funding agency that collects premiums and taxes from workers and retirees and that uses this money, together with general government revenues, to reimburse the various medical care providers. The major point to understand is that Medicare doesn't directly deliver medical care through government-employed medical doctors and hospitals except in a few, very limited situations.

Why the fuss over Paul Ryan's Medicare plan?
Planning your retirement: 8 essential steps for enrolling in Medicare
5 steps to prevent boomers' poor health from bankrupting America

Medicare is different from most medical insurance plans in that it has four different parts: Part A covers hospital and inpatient services, Part B covers physician and outpatient expenses, and Part D covers most prescription drug costs. Part C deals with Medicare Advantage plans that combine benefit features of the other three parts in an HMO-like setting. Each part has its own premiums, deductibles, co-payments, and other benefit features. In contrast, most medical insurance plans offer just one unified plan that covers the above three types of medical needs.

1. Restricting Medicare eligibility by raising the retirement age.
2. Making participants pay more by increasing premiums, co-payments or deductibles.
3. Reducing demand for medical care by improving the health of participants by encouraging preventive care, with no deductible or co-payment on these services
4. Paying less to hospitals, physicians and other medical providers by reducing reimbursement rates
5. Providing incentives to medical providers to improve efficiency
6. Reducing or eliminating unnecessary costs by restricting malpractice awards, reducing fraud or encouraging the use of electronic records.

Any of the above strategies are reasonable ways to manage medical plan costs. No single method is powerful enough to produce sufficient cost savings, so most proposals to rein in Medicare costs use a combination of these approaches.

Medicare already contains many cost-management features -- and they're working of late, since recent cost increases have tapered off from previously high levels.

If you see any proposal to contain Medicare's cost increases, look beyond the political rhetoric to examine which of the above levers are being used to manage costs. For instance, Romney has said that President Obama is raiding $700 billion from Medicare, but this "raid" is really just the estimated savings over the next 10 years from a package that combines some of the above cost management levers (primarily the fourth and fifth levers above). In reality, any proposal from any politician will need to pull some of these levers to manage Medicare's costs.

Following the political debate on such important programs as Social Security and Medicare is an important part of your retirement planning. Stay tuned for future posts that take a look at whether the existing cost management features of Medicare are working and that scrutinize Ryan's proposals through the lens of the above cost management levers.