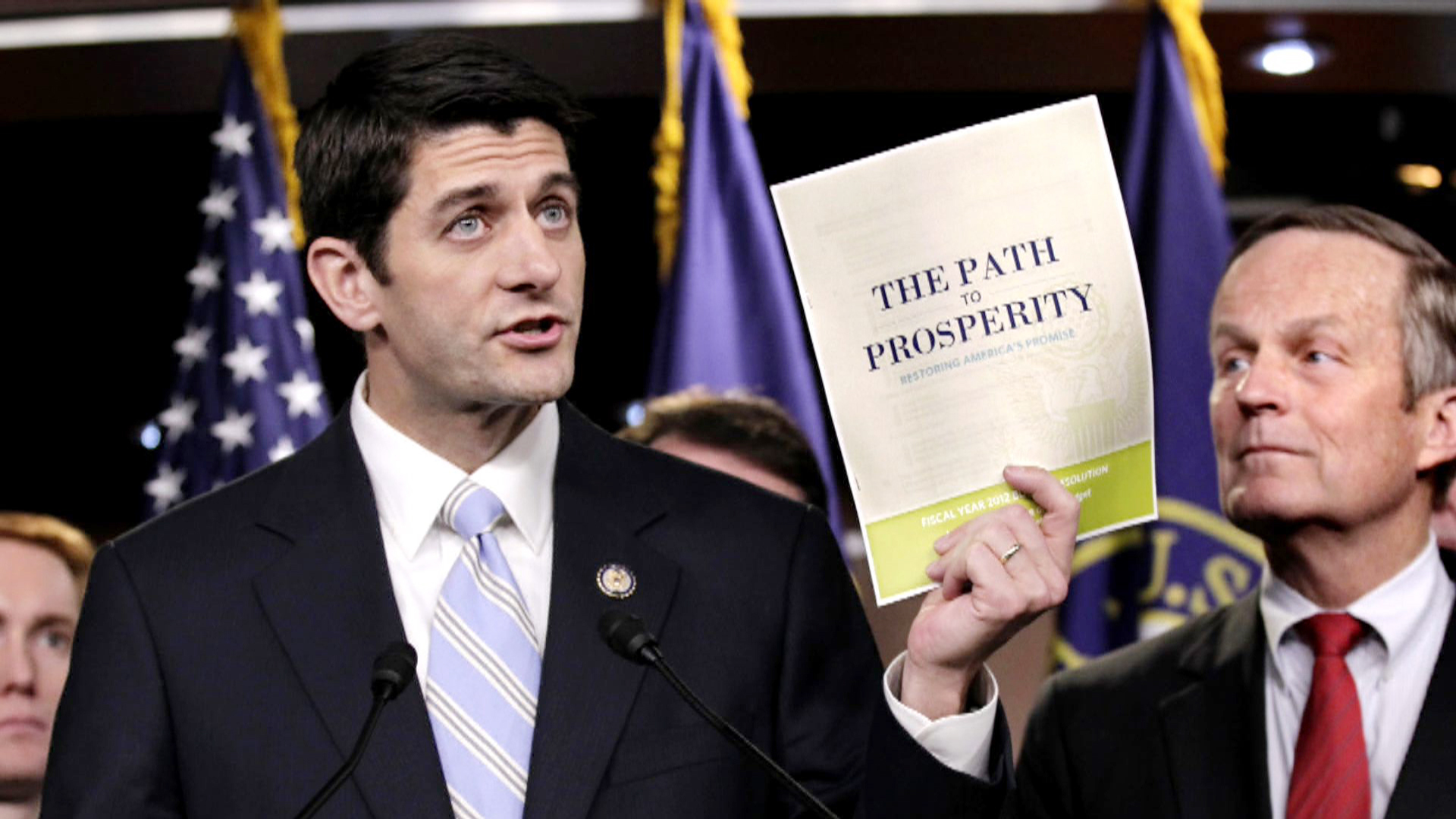 (CBS News) Mitt Romney has notoriously avoided sharing specific policy proposals on the campaign trail, but his new running mate, Paul Ryan, has been notoriously specific about the way he wants to alter Medicare.

Ryan's plan, encapsulated in the 2013 House GOP budget, gives a defined picture of how Republicans want to diverge from the health care policies of the Obama administration. Beyond that, it gives tangible evidence of the "different visions" that President Obama and Mitt Romney purport to represent.

"Make no mistake about it -- these Republicans don't believe in Medicare," Obama campaign senior adviser David Axelrod told CBS This Morning on Monday. "They want to turn it into a voucher program. And slowly, all the burden is going to shift to seniors themselves. And that is not an answer to entitlement reform."

Republicans answer by pointing to the $716 billion in cuts to Medicare that Mr. Obama's own health care plan enacted. They also pat themselves on the back for putting out specific proposals. A web video the Republican National Committee released Monday features Ryan telling a crowd that Democrats "have refused to make difficult decision because they are more worried about their next election than they are about the next generation." By contrast, he says, "We won't duck the tough issues; we will lead."

What's in the Ryan plan?

Ryan, who since 2011 has served as chairman of the House Budget Committee, has led with a controversial budget plan that would turn Medicare into what's called a "premium support" plan -- in other words, instead of paying for the benefits a senior uses, the government offers a senior a predefined amount of money to spend in a health insurance exchange.

Starting in 2023, the plan would give seniors vouchers to purchase either private insurance or traditional, government-run insurance on an exchange. (This means that no one over 55 would see any changes to Medicare they now receive or expect.) Private insurers would compete with the traditional Medicare program to offer the best plan possible for the level of "premium support" that a senior gets. Once a senior had a plan, he would have to pay out of pocket for any health care costs the voucher couldn't cover.

Federal spending increases on Medicare would be capped at half a percentage point higher than the growth rate of the economy. Theoretically, that means that if health care costs rise faster than that, seniors would increasingly have to pay more out of pocket.

The rationale for this dramatic change to Medicare is that it would compel seniors to spend less on health care, said Joseph Antos of the conservative American Enterprise Institute, and thus compel health care providers to offer more competitive prices.

"It's widely acknowledged we have overuse" in the health care sector, Antos told CBSNews.com. "If we change to a system that says the health sector has a fixed amount of money this year... it creates a tremendous incentive for providers to change the way they operate and think more about what is the most efficient way to treat a patient's problems."

The bottom line is that the plan -- like President Obama's own Medicare reform plans in the Affordable Care Act -- depends on the health insurance market becoming more efficient.

"If [insurers] can't become more efficient, then we're sunk," Antos said. "It's not just senior citizens -- everybody is doomed." However, he added, "There's a reason to think if you change the rules the right way, there will be this movement towards efficiency."

Will it cost seniors more?

While conservatives think Ryan's plan will lead to more efficiency, critics of the plan say that seniors will just have to pay more for the same health care.

Uwe Reinhardt, a health care economist at Princeton University, said there's no evidence the growth of health care spending will correspond with the rate of economic growth. Health care spending has slowed recently, but some expect it to jump back to higher levels when the economy improves.

"The supply side of the health system is simply not yet under control," Reinhardt said. "I believe the insurance industry is too fragmented to have the market power to control prices."

Instead of spurring insurers to control their costs, Reinhardt said the Ryan plan would leave seniors out to drift. "You're essentially shoving these guys out on a boat, saying, 'We'll give you a push, but if the waves are rough, you're on your own," he said. "It would really worry me if I were a middle-class American."

Antos said that seniors will end up paying more out of pocket under any Medicare reform plan out there -- "the world is not getting better in that regard."

Still, he said, "In a premium support world, they're going to make up their minds" about the health care they use.

Critics of the Ryan plan also charge it could deteriorate the traditional Medicare plan by turning it into a dumping ground for less healthy seniors. Through the mechanism of "risk adjustment," the government should theoretically offer bigger vouchers for sicker consumers, but Reinhardt said risk adjustment has been the "Achilles' heel" of any competitive scheme.

Antos countered that the size of the vouchers will be overseen by the government. "The fact is that premium support health care is a government program," he said. "Ryan's plan has never said we're going to abolish the oversight... This is not going to be some kind of wild west rodeo."

Whether or not one would expect the Ryan plan to improve Medicare, it's clearly an easy target for criticism.

Romney in Florida Monday promised seniors he would protect Medicare, but the Obama campaign at the same time released a web video with Florida seniors railing against the Ryan plan.

"It will be a voucher plan," one woman says. "Medicare is a boon for senior citizens. Without that, we'd choose between food and going to a doctor."

At least one Republican, in acknowledgment of the plan's risks, is campaigning against the Ryan plan. Rep. Denny Rehberg, who's running for the Senate in Montana, released an ad this summer touting his vote against the Ryan plan. "Rehberg refused to support a Republican budget plan that could harm the Medicare programs so many of Montana's seniors rely on," a narrator says in the ad.

As both the Romney and Obama campaigns know, attacking the Ryan plan comes with risks for Democrats who backed the Affordable Care Act.

"There's only one president that I know of in history that robbed Medicare, $716 billion to pay for a new risky program of his own that we call Obamacare," Romney said on CBS' "60 Minutes" on Sunday.

And while many see problems with the Ryan plan's theory of controlling costs, there is plenty to find fault with in the Affordable Care Act on that front.

Some of Affordable Care Act's cost control mechanisms include "accountable care organizations," which give health care providers incentives to team up and improve the quality of their care. In addition, the Independent Advisory Payment Board (infamously pegged by Republicans as the "death panel"), is tasked with keeping costs under control.

Reinhardt, however, said that accountable care organizations amount to a "nice theory" and that the advisory board "is almost a toothless tiger."

"In America, both parties rely on faith-based analysis," Reinhardt said, when it comes to controlling health care costs. "They're just different faiths."