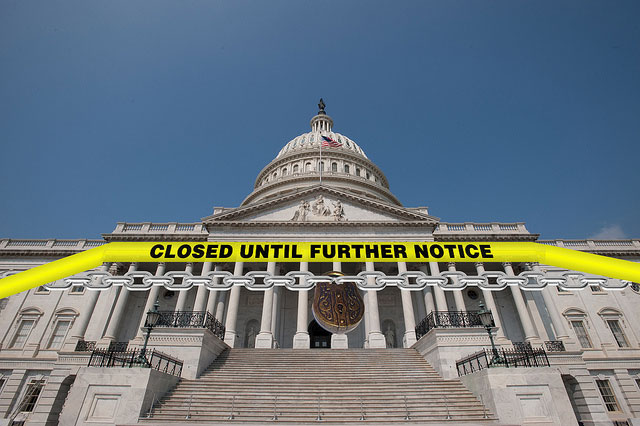 (MoneyWatch) I've been getting many calls and emails from investors who are very concerned about the stock market, given the partial shutdown of the federal government and the looming crisis if the debt ceiling isn't lifted. The concerns are typically greatest among older investors who not only remember the bear markets of 2000-02 and 2008, but who also worry about having neither the time horizon to recover, nor the stomach to experience a repeat performance.

To begin, it's important to acknowledge that the concerns are real and well-placed. While a short-term shutdown of the government likely will have a minor impact on the economy, as it has in the past, no one can accurately forecast the consequences of a default on our debt. As a good example of the impossibility of knowing the answer to that one, in hindsight is safe to assume that the Federal Reserve would not have allowed Lehman Brothers to fail in the way it did in 2008. That was the event that precipitated the seizing up of the capital markets. And a repeat, or worse, performance could result if we defaulted.

The first important point to make is that crises like these are actually the norm -- they occur with great frequency, far greater than most investors are aware. For example, consider this partial list of major financial and economic crises investors have had to face over the last 40 years:

Meanwhile, according to historian Bonnie Goodman there have been 17 shutdowns in American history, concentrated between the 1970s and the 1990s.

The point of the lengthy list is to demonstrate that crises are the norm. They are in fact the very reason for the existence of the historically large equity risk premium (about 8 percent). Investors demand compensation for having to suffer through such periods, and do so with no assurance that things will turn out well. That's what we do know about crises -- that they occur with great frequency.

What we don't know is when they will happen, what will be the cause, how long the bear market will last and how deep will it be? In other words, your investment plan must incorporate the virtual certainty that you are going to have to live through many crises, perhaps about one every other year or so, and live through them with equanimity, without panicking and selling.

Tomorrow, we'll discuss how emotions generated by crises can cause investors to take rash, risky actions.