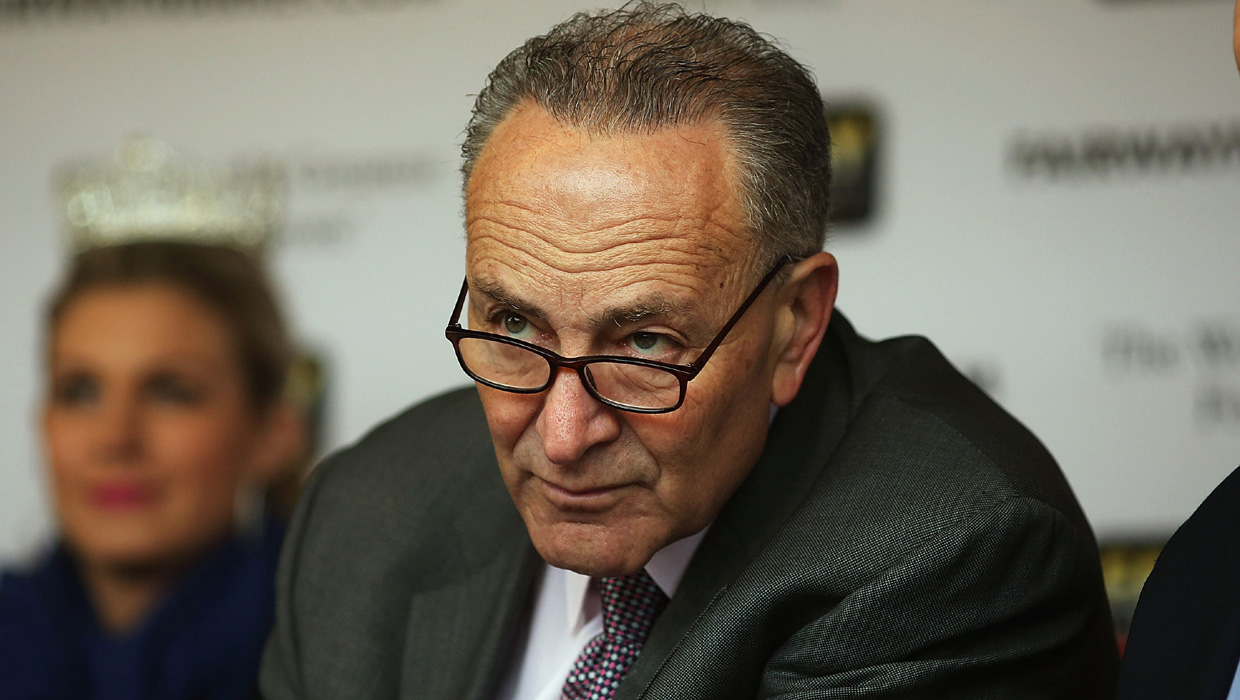 Later this week, the Senate will pass comprehensive immigration reform, and that's supposed to give the bill momentum in the House. "We're working to get a very substantial bipartisan majority," said Republican Sen. John Hoeven. "That's going to help in terms of actually getting the bill all the way through the House and into law." Democratic Sen. Chuck Schumer, a member of the Senate Gang of Eight that has crafted the bill, and also a former member of the House, says that, "Having a significant number of Republicans will change the dynamic in the House."

But what one person calls "momentum," another might call "recklessness." If the bill passes the Senate with 70 votes or more, as supporters predict, that could mean the bill is the product of sweet reason and compromise between the parties. Or it could mean the bill won so many votes because it is a bill filled with special provisions meant to buy off particular senators or generally calm the political anxiety of a Republican Party that feels it must improve its electoral chances with Hispanic voters. In a time when voters loathe Congress, will they see this bill as a rare piece of fruit or will they reason that anything that has the support of so many members of a body so thoroughly discredited must be awful?

Whoever wins this labeling debate will help determine the fate of comprehensive immigration reform.

Momentum Theory is based on the principle that the more votes the bill gets in the Senate, the better the bill is. The rare coming-together of both parties in the Senate might make low-information voters think the bill is in the category of other unassailable good things senators support in large majorities: the American military, national holidays, and Social Security checks. If people don't see Republicans and Democrats collapsing into their usual predictable squabbles--particularly on such a contentious issue--that must mean the path they've agreed on is a wise one. If Momentum Theory is true, polls should show voters increasingly behind the measure. That would pressure those House members whose opposition to reform is not absolute but flavored with some concern about the public will or the national image of the Republican Party. This is why supporters of reform are pushing to run up the Senate vote total to build the bandwagon feeling. On CNN, Schumer took this theory to its stratospheric conclusion, claiming that if the Senate bill is blocked it would result in a protest of "a million people on the Mall in Washington."

A big Senate victory would also give supporters a way to minimize future debate about the controversial portions of the bill. The House is expected to pass a series of smaller immigration bills but no path to citizenship, which is the heart of the Senate effort. If a House Republican takes issue with a particular element of Senate reform, a supporter will claim the issue was already debated and resolved in the Senate. Charges of bigotry are always just below the surface in the immigration debate. If the perception is that the Senate has already worked through the tough issues, then House skepticism will be easier to frame as being motivated by bigotry instead of policy concerns. The charges won't be coming just from liberals. The Wall Street Journal's conservative editorial page has conveyed that sentiment already about those who oppose reform. Since a number of Republicans worry about how the party is perceived by voters as it debates this issue in public, fear of looking intolerant will be pronounced, putting even more pressure on lawmakers in the House to ratify the Senate version.

Those who oppose comprehensive immigration reform have already lost in the Senate. Their best chance to defeat the bill is to make the Senate process the enemy. "I cannot support an amendment cobbled together at the eleventh hour that doubles the border patrol without knowing how much it will cost or whether it is even the right strategy, said Sen. John Cornyn, a Republican from Texas. This opposition seeks to jujitsu the successful Senate vote, turning it into an argument against the legislation.

So much of the debate about immigration reform has been about a lack of trust in government and the lawmakers who make laws. Opponents of reform have constantly warned that they are in danger of repeating the mistakes of the 1986 immigration legislation. Amnesty was granted but the promised enforcement against future illegal immigrants never materialized.

The surest way to repeat this outcome, they have argued, would be to rush through a bill that no one looked at closely. They've been on particularly careful watch since after the 2012 election, when so many Republicans started promoting the idea that comprehensive reform must pass if the GOP is ever going to win over Hispanic voters and regain its national standing. These opponents are particular skeptical of the Corker-Hoeven amendment that increased border security to keep out illegal immigrants. "There is some real angst about the Corker border security amendment," said one senior Republican Senate aide. "It's full of add-ons to get votes, was written in secret and in a hurry. That doesn't tend to end well. But it will be cover for enough people to vote for it to raise the number from around 60 to around 70."

The fellow who will have the toughest time choosing between these two competing narratives is House Speaker John Boehner. He must balance the concerns about the national Republican image that motivate so many Republican Senators with concerns from Republican House members who will interpret a big majority vote in the Senate as a warning sign. Boehner's legacy is on the line too. After the defeat of the farm bill last week, Boehner was blamed for not being able to control his caucus. If immigration goes down, he will receive even more blame and much of it from Republicans, who will see the failure of the House leadership as a mortal wound to the party.

Immigration reform is a three-act play. We are drawing to the close of the first act in the Senate. Next comes the House. The final act will take place when the two bodies reconcile their alternative versions of reform. The role the Senate immigration bill will play in the next act will be crucial. Whether it will be hero or villain is still being determined.

Yawning at the Supermajority
Four Pieces of the Immigration Bill That Don't Seem to Have Anything to Do With Immigration
Supreme Court 2013: The Year in Review