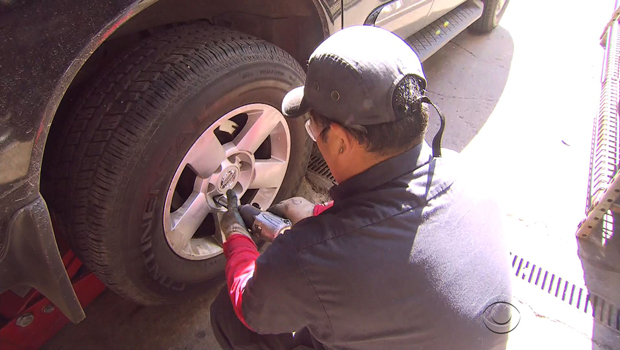 There’s a silent victim of this winter’s arctic weather: your city’s municipal budget.

With large sections of the U.S. suffering from record cold temperatures and a string of ice and snow storms, the country’s roads are looking more like the moon’s surface than smooth pavement.

"It’s probably as bad as I’ve ever seen it," said Steve McIntyre, a website designer in Burlington, Vt., who started a map of the city’s potholes in 2011. "There are a huge series of potholes right in front of my house. People are driving out of their lane to avoid them."

The potholes are more than mere annoyances. The pounding that the nation’s pavements have taken this winter are likely to cost many municipalities millions of dollars. And that doesn’t count the cost to drivers, who are coping with punctured tires and other repairs after hitting holes and broken asphalt.

New York, for one, has allocated an additional $7.3 million to its Department of Transportation in order to "facilitate and accelerate the extraordinary number of road repairs needed this winter," the city announced last week. Its crews have already filled more than 113,000 potholes this year, a record for the nation’s most populous city.

The Big Apple isn’t alone in dealing outsized bills from what might seem like an ungodly number of potholes. The mayor of Grand Rapids, Mich., is using a video blog to highlight his city’s pothole problems. His message? The municipality needs voter support to authorize a city income tax to improve its streets. The tax would raise $9.9 million to repair the city’s roads.

"You’ve seen the road conditions have gone from bad to worse," the major said on his blog. "The freeze-thaw cycle plays havoc with asphalt streets."

Vermont, where McIntyre lives, had already spent about $1.4 million on road repairs through January for its fiscal year ending in June, the Burlington Free Press notes. The state has suffered with arctic temperatures, as well as a December ice storm. The previous year, the state spent $2 million on road repairs.

It’s not only municipalities and states that are bearing increased costs from potholes. Drivers spend as much as $5 billion each year on repairing damages from hitting pavement holes, AAA estimated in 2010.

But this year's dramatic winter weather isn't the only thing at fault. The snow and ice are impacting roads that were already deteriorated in much of the country. More than one-quarter of the major urban roads in the U.S. have pavement that’s "substandard," transportation research group TRIP said in October. Remember, that was before the worst weather hit the country.