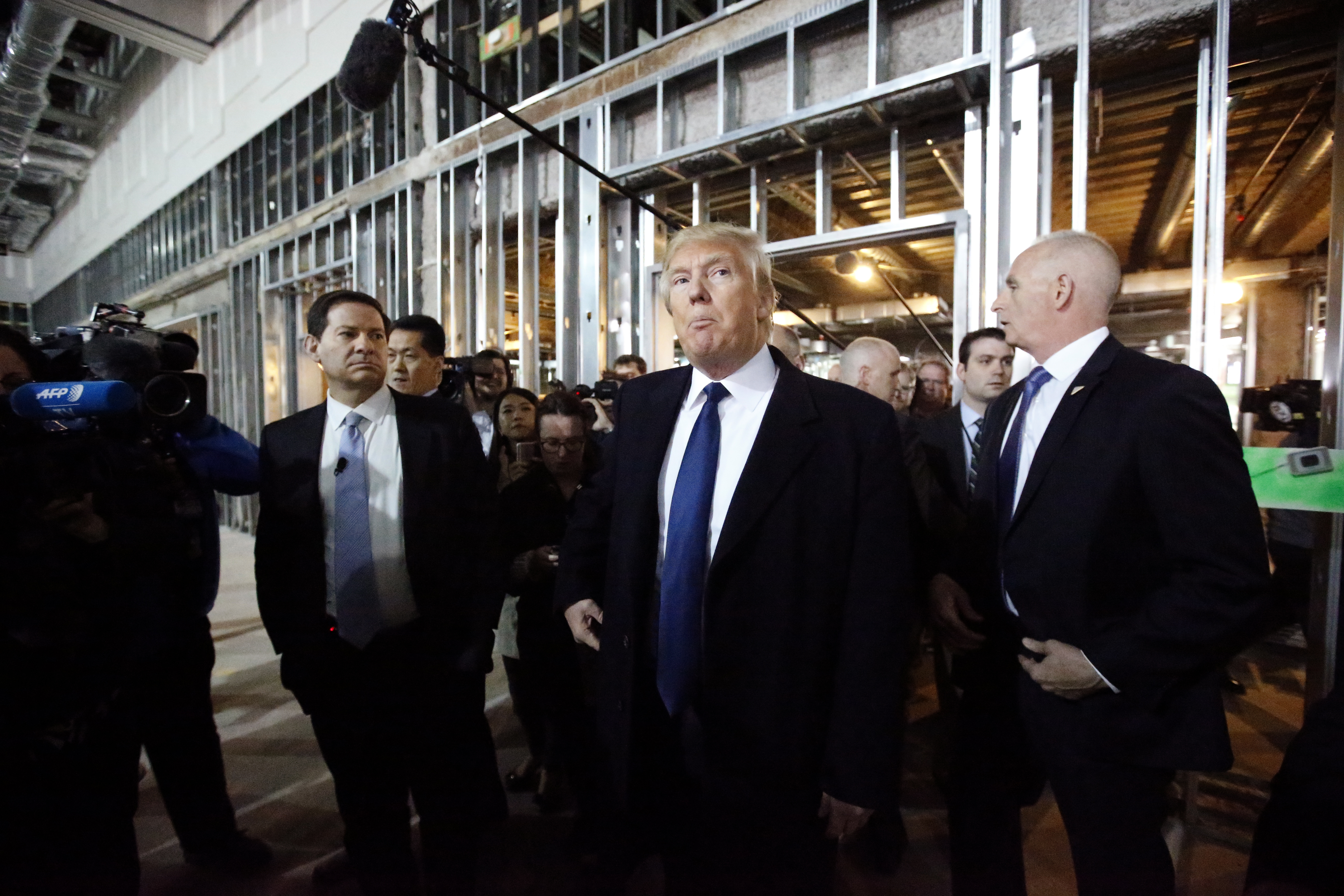 The rise of Donald Trump has finally given us a real, working definition of one of the vaguest yet most overused terms in politics.

That term is the "Republican establishment." For Republicans themselves, particularly conservatives trying to market themselves as underdogs, the term is exclusively used as a pejorative: "You're an establishment hack, not a real conservative!" For media folk, it's mainly a shorthand designation for more-moderate, donor-friendly Republicans: think Mitt Romney, the Bushes, and so forth.

Of course, no one ever cops to being part of "the establishment," including (or especially) Republican congressional leaders, think-tank policy wonks who provide the GOP with its arguments and white papers, or anyone else who has helped steer the party for the last generation. Depending to who you talk to, this group or that person are either establishment or not, and there's any particular rhyme or reason for the bestowing of the label. It's really been just an all-purpose insult, akin to calling someone a "closet liberal" or "Republican in Name Only."

But now, with the rise of Trump, "the establishment" has started to mean something, as it's the best umbrella term to describe all the forces trying to stop him from winning the Republican nomination. And that's because they're all trying to do the same thing, which is to keep the GOP more-or-less how it is: a center right party comprised primarily of social conservatives, libertarians, and foreign policy hawks -- the famed "three-legged stool."

That doesn't mean there aren't disagreements within the anti-Trump establishment; there are, and they are profound ones -- the kind that in a normal election could have torn apart the party anyway. But right now there are, in effect, only two sides of the GOP: the pro-Trump one and the anti-Trump one. The former wants to transform the GOP completely, while the latter wants to preserve the status quo to some degree.

Let's back up for a minute, because a little history is useful here. There really once was a moderate Republican establishment, the progressive-ish, New Deal-friendly wing of the party closely associated with figures like New York governors Tom Dewey and Nelson Rockefeller. It no longer exists, for reasons that are way too complex to flesh out here, but when conservatives have blasted the establishment that's essentially the one they're harkening back to.

In recent years the term "establishment" has come to mean something different, to the extent it means something at all -- the loose assortment of interest groups, donors and officeholders and what have you, that don't want the GOP to lean too far right. The enemy of the establishment, in this scenario, is "the base" -- the conservative Republican voters who propelled Ronald Reagan to the presidency, Newt Gingrich to the Speaker's chair, and the Tea Party to Congress.

Now, about that base. The assumption was, among both professional conservative rabblerousers and establishment muckety-mucks alike, that base voters are socially conservative, economically libertarian, and hawkish on foreign policy. Yet, weirdly enough, these voters seem awfully attracted to Trump's trade protectionism, support for entitlements, and (albeit strangely bellicose) non-interventionism. They also don't seem to mind that his personal life has a lot more in common with Errol Flynn's than Billy Sunday's.

Simply put, much of the base has ditched traditional conservatism for Trump's populist nationalism. According to the latest CBS/New York Times poll, he still leads with virtually every Republican demographic group -- a fact that has remained unchanged for months. And he's not doing it by pushing the party to the right; in some ways, particularly when it comes to economic policy, he's promising to drag it to the left.

If Trump is the candidate of the base, does that make the forces arrayed against him the de facto establishment? Plenty of Trump's conservative detractors would disown the label, even though they've been the ones propounding the "base vs. establishment" theory of Republican feuding for decades. And if so, the new division will take some getting used to. Case in point: Despite the looming possibility of across-the-nation losses with Trump on top of the ticket, only two senators have endorsed his closest rival, Ted Cruz, who of course also happens to be their colleague.

But if Trump wins, he will surely try to rebuild the party in his image -- whatever that ultimately turns out to be during the general election. That means that, if you're a Republican interested in maintaining some form of the status quo, that traditional mission of an otherwise amorphous establishment, well, then, it should follow that, regardless of whether your name is Mitch McConnell or Mark Levin, you're an establishmentarian now.

What's left to count in the House? Republicans win control by narrow margin