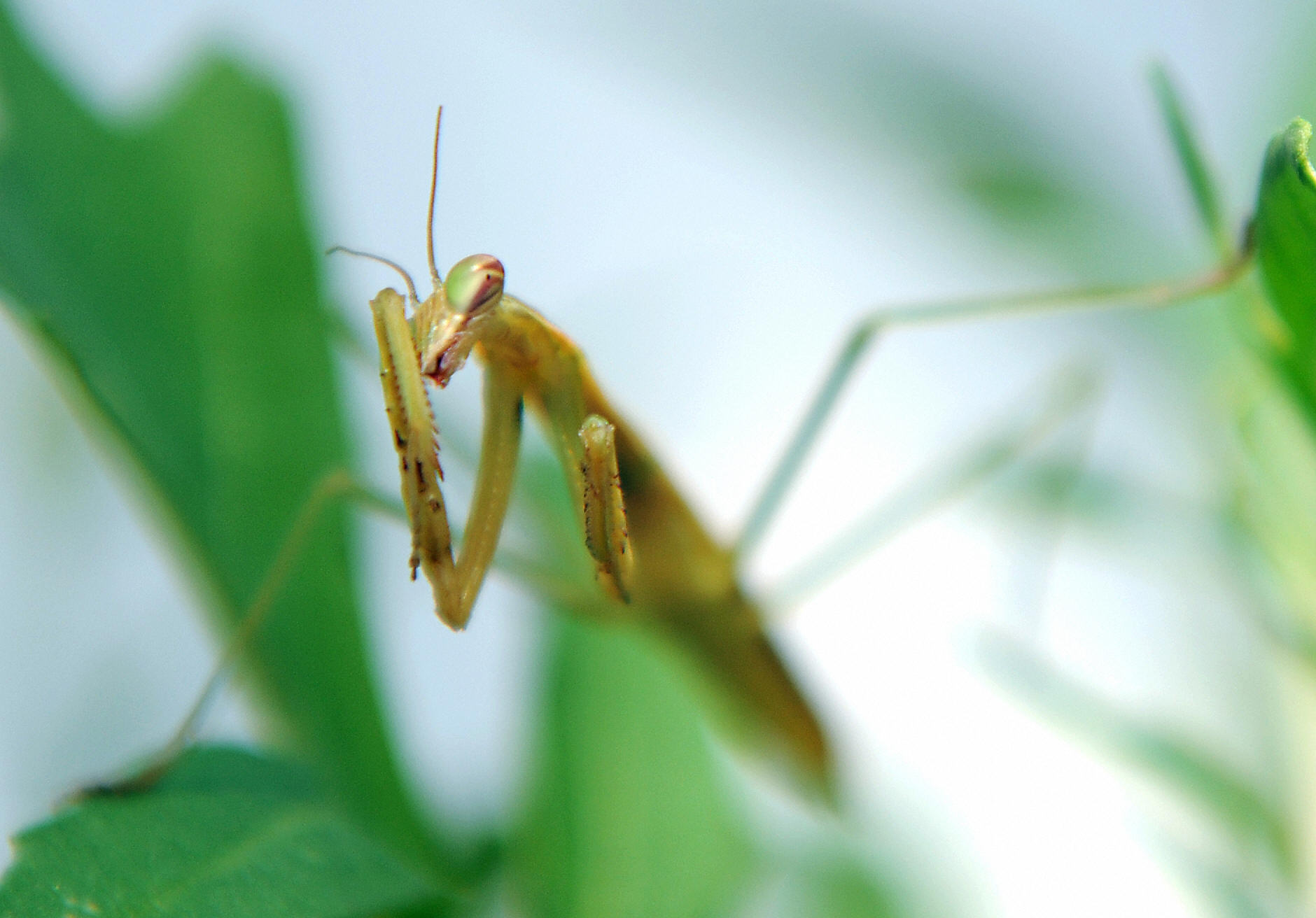 The wingless praying mantis might be called the long jumper of the insect world.

These lanky critters have an uncanny ability to jump at lighting speed -- less than a tenth of a second or a blink of an eye -- and land on the same spot every time.

But how do they do it?

While they don't have the advantage of a running start or the momentum of swinging arms, scientists writing in Current Biology found the insects have a few tricks up their sleeves to pull off the feat.

"Maintaining stability so that the body does not rotate uncontrollably in mid-air is a difficult task," said Malcolm Burrows of the University of Cambridge, who along with Gregory Sutton of the University of Bristol studied 381 high-speed videos of 58 young mantises jumping from a flat surface onto a perpendicular black rod.

"When the movement is rapid, as it is in a jump, and you don't have wings, then the task is even more difficult," he said. "Nevertheless, a praying mantis moves rapidly and controls the rotation of its body so that it lines up precisely with a target, and does all of this in less than 100 milliseconds."

First, the insects sway their heads sideways, scanning for their targets. Then, they rock their bodies backward and curl their abdomens up -- shifting their body weight around.

"It's trying to rotate its body so that it is at an angle appropriate for landing on this vertical target," Burrows said of black stick that was substituted in the lab for a tree branch or blade of grass.

With a push from their legs, the mantises' bodies launch into the air. As they fly, the insects rotate three distinct body parts -- the abdomen, front legs, and hind legs -- independently and in a complex sequence. By adjusting their rotation rates, they are able to land on their intended target.

The natural world is filled with animals and insects that use various techniques to control their jumping. Geckos use their tails to control up or down movements, cats rotate their bodies when falling, while ants take advantage of wind resistance against their legs and thorax.

But Burrows said the mantises -- known for pouncing on prey and for females of the species eating males after mating -- could have among the most complicated jumps of all.

"They are moving three different parts and sequencing four different combinations of movements," he said. "It's pretty remarkable isn't it?"

Burrows and Sutton said their work could go far beyond understanding the biomechanics of these insects. They are hopeful their findings might one day help scientists build better jumping robots.

"One of the problems with jumping robots is that as soon as they get airborne, they can't control their spin," Burrows said.

"They can't land on anything because they are going head over heels," he said. "If you could build those control systems (from a mantis) into a robot, you might get a stable robot like you have a stable mantis."