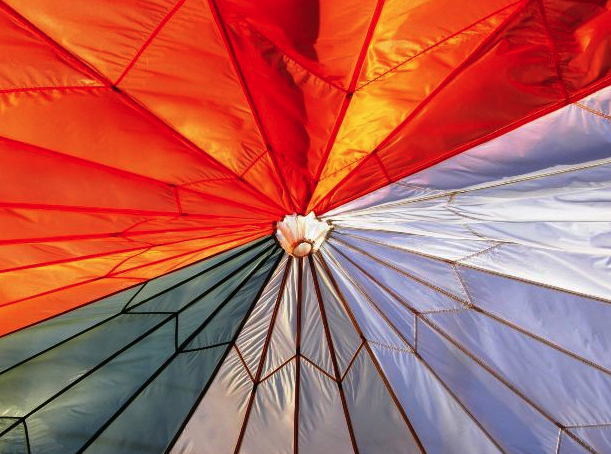 COMMENTARY Apple (AAPL) CEO Tim Cook's $378 million pay package is already arousing controversy -- but depending on how the company's shares do under his watch, he could collect an even more gargantuan sum when he leaves.

Welcome to the land of the nine-figure "golden parachute." Since 2000, 21 CEOs have retired from or left their companies with stock, severance, pension and other payments worth more than $100 million, according to a new report from corporate governance firm GMI. Famously topping the list is former General Electric (GE) chief Jack Welch Jr., who in 2001 capped his 20-year career at the conglomerate with a $417 million payday.

Not much has changed in the intervening decade. In 2011, ex-CVS Caremark (CVS) head Thomas Ryan wrapped up his 13 years at the drugstore chain with a $185.4 million package. In all, the 21 club identified by GMI exited with a total of more than $4 billion in compensation, which is roughly equivalent to the GDP of Barbados (see full chart of the biggest CEO exit packages at bottom).

What to make of such jaw-dropping figures? The most useful question isn't to ask whether CEOs are worth it. Although obviously there are tangible measures of an executive's performance, such assessments are clouded by a host of subjective judgments. Better to consider whether the vast sums of money flung at corporate leaders do what it is intended to. And on that score there's ample reason to think that golden parachutes fail the test.

The reason for parachutes

As GMI's Paul Hodgson and Greg Ruel explain, parachutes are designed to spur corporate leaders to make wise decisions when they consider mergers and acquisitions. That makes sense, since deals can benefit shareholders but cost CEOs their jobs. Another common feature of parachutes -- allowing stock-based comp to vest over the course of a chief exec's retirement -- is also good for shareholders because it encourages execs approaching retirement age to think of the long-term value of the company rather than push for a final quick score.

The problem is that a basically sound principle -- incenting CEOs to do what's best for all shareholders rather than what's best for them -- has been badly distorted. Where parachutes once may have offered the equivalent of a year or two in salary, today they may pay out for the remainder of an exec's life and extend to all forms of executive comp. As a result, CEOs not only get piles of cash as they head out the door, but also collect tens or hundreds of millions of dollars more in stock, bonuses and other goodies for years on end. GMI says:

In principle, to protect someone from financial harm if they lose their job due to a merger, that executive needs a single year's salary and bonus. A CEO should not need three or even two years' salary and bonus, plus immediate vesting of all equity and pensions, plus benefit and perquisite continuation, as was paid to most of the CEOs in this report ....

Too many golden parachutes and too many retirement packages are of a size that clearly seems only in the interest of the departing executive.

By contrast, what golden parachutes are not intended to be is a bounty for years of dedicated service, a job well done or even, well, leaving. Yet that is how many corporate boards treat them, even when CEOs' pay far outstrips their performance.

During former Pfizer (PFE) CEO Hank McKinnell Jr.'s five years in charge of the pharmaceutical giant, for instance, the company's market value fell by $140 billion. He left Pfizer with a severance package worth nearly $200 million, including a $161.6 million pension. (GMI recounts the company's 2006 annual meeting, when a plane flew over the event towing a banner that said, "Give it back, Hank!")

McKinnell didn't give it back, but he did at least shuffle along. Viacom (VIA) boss Philippe Dauman, CEO of the entertainment company since 2006, last year was given a payout comparable to an exit package, including special retention equity awards worth more than $54 million (on top of his annual equity grants of $6 million) -- and stayed at the helm. Indeed, Viacom's board extended his term until 2016. Put another way, his parachute comes equipped with rocket boots. Dauman's predecessor may have gotten an even sweeter deal. The company's previous CEO, Thomas Freston, was fired after only nine months on the job. His payout? Roughly $101 million, including severance and perks worth $71.8 million.

Such arrangements go far beyond protecting CEOs in case of a merger; rather, they insulate them from virtually all financial risk.

Massive golden parachutes indicate something else, GMI concludes -- that many corporate boards aren't doing their jobs (surprise!). After all, their mandate isn't to guarantee a lucrative send-off for chief execs, but to look after the interests of the company's other owners -- shareholders.

When it comes to planning for a CEO's departure, that happens all too rarely. How else to explain what Merrill Lynch directors were thinking when they forced out then-CEO Stanley O'Neal in October 2007? Despite leading the investment bank into disaster, at his ouster he received more than $161 million in equity profits even as the company's mortgage-related losses soared and shares tumbled. If Tim Cook represents the sky-high price of success, O'Neill represents the absurdly extravagant price of failure. GMI states:

The focus of concern over these awards should be the boards that approve the employment agreements guaranteeing them.

Huge parachutes also highlight another major concern these days, one that extends far beyond the accountability of CEOs to shareholders and affects the country at large: equality. Soaring executive pay is reflected in the widening gap between rich and poor. That divide is measured not only in dollars, but also in people's exposure to the sudden storms of a free-market economy.

Trouble is, while top execs sail along in one unsinkable boat, common shareholders float in a much tippier craft. And while many CEOs tout the virtues of risk-taking, their enormous shareholder-funded wealth effectively makes them invulnerable.

If parachutes don't align the interests of CEOs with those of shareholders, the link between soaring executive pay and rising income inequality is clear. According to a new report from the Congressional Research Service, a federal group that provides nonpartisan analysis to lawmakers, one factor is more responsible than any other for mounting inequality in recent years -- the surge in income that derives from stock, dividends and other capital gains that accrue to CEOs during and after their terms at the helm.

That stands to reason. Corporate profits have rebounded strongly since the housing crash. CEOs are flourishing as they enter the corner office and as they leave it. But wages for rank-and-file workers remain mired in a 30-year slump. Housing wealth is history. Retirement savings are running low. For most Americans, for us as a nation, there is unlikely to be a safe, luxurious descent into our golden years -- only a rough landing.