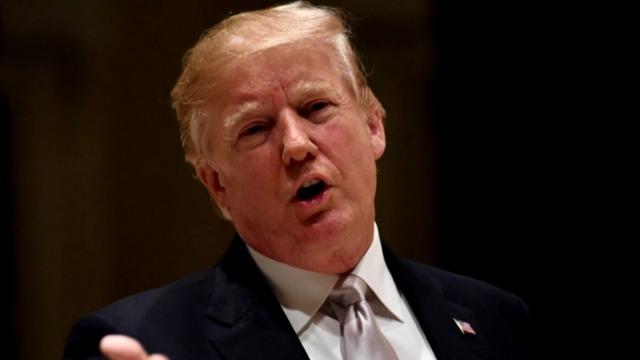 As Donald Trump arrives in Davos, Switzerland for the World Economic Forum, more Americans think the president is making the U.S. position in the world weaker, not stronger. But members of his own party see things differently, according to recent CBS News polling.

More than seven in 10 of Republicans say America's position in the world is stronger with Mr. Trump in the White House. Most Democrats and a slim majority of independents disagree.

The President has pledged to make the U.S. military stronger and that resonates with members of his own party. A majority of Republicans (59 percent) say it's more important for the U.S. to be respected for its military power, while most Democrats think it's more important for people in the world to like the U.S. for its policies. Views on this have not changed much since the question was last asked in May 2003, weeks into the Iraq War.

Americans who prefer the U.S. be respected for its military power than liked for its policies are more likely to say the U.S. image in the world has been strengthened since Donald Trump has been president.

In conducting foreign policy, most Americans favor the U.S. trying to negotiate and compromise with other countries. Four in 10 Republicans hold this view, but more – 57 percent -  think the country should do what is best for the U.S. no matter what others think. There is more division among Republicans on this question than on some other matters. Republicans who think the U.S. should only do what's best for the country are very strong supporters of the President and are more likely to call themselves very conservative.

On the economic front, the president is expected to address trade policy while in Davos. While 47 percent of Americans think making better trade deals should be a high priority in the coming year, that ranks below other issues such as improving healthcare (76 percent), and infrastructure (58 percent).