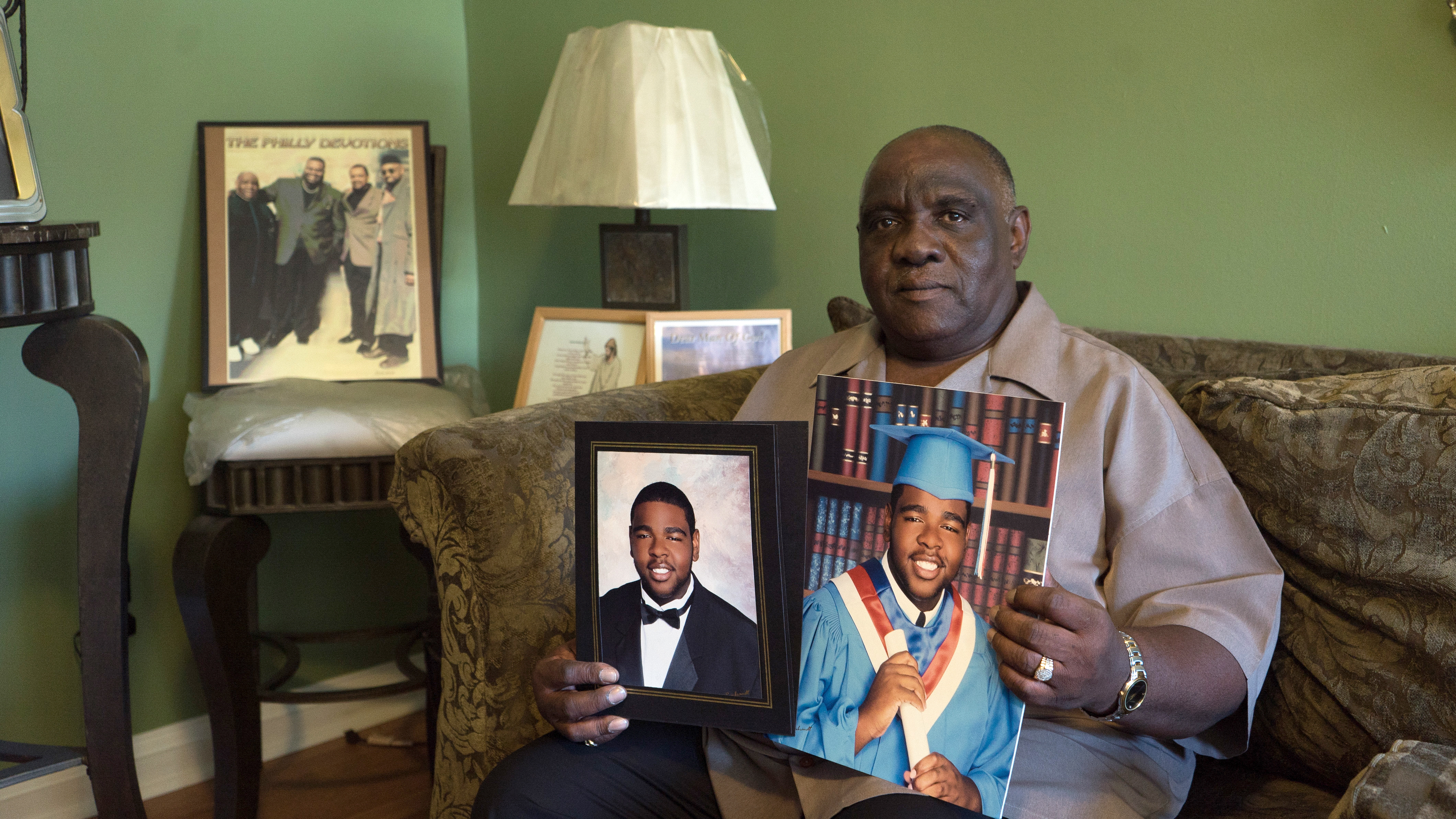 PHILADELPHIA -- A chance ride, an hourlong conversation, and the generosity of strangers are making it possible for a Philadelphia Uber driver to go to Rio to see his son compete in the Olympics.

"I was content with just staying home and getting a good bag of popcorn and watching him on TV," he said.

But in late July, when the Democratic National Convention was in town, he was fortunate to pick up Liz Willock of Chicago at the Philadelphia airport.

"There was an air of love and peace," he said. "I met a lot of interesting people and delegates from different states."

Traffic restrictions and a slow drive to Willock's hotel in New Jersey left plenty of time for conversation.

Eventually talk turned to the Olympics. Willock said she knew one of the swimmers competing. Hill did her one better and told her his son, who was a track and field star at Penn State, was in the competitions.

Then Willock asked Hill if he was able to go.

"When he told me he couldn't go to the Olympics in Rio, I just wondered how I would feel as a parent of athletes," Willock said.

Within minutes, Willock asked Hill whether he would go if she got him plane tickets.

A GoFundMe page was set up, and "literally within two days, we'd raised the funds," said Willock, who works at a concierge service arranging travel and accommodation for patients participating in clinical trials across the world.

Over 150 people had donated $8,200 by the time Willock closed the Send Darrell's Dad to Rio fundraiser -- some of them friends and classmates of Hill's son, but most complete strangers.

Darrell Hill showed his thanks on Twitter, saying he was almost moved to tears by one large donation.

In another Tweet, the Olympic athlete thanked everyone for making it possible for his dad to travel to Rio.

As well as booking flights and making hotel reservations, Hill had to apply for a passport. It will be his first trip abroad.

Willock said she's happy to be able "to help a stranger who's no longer a stranger."

"I'm sure we'll be friends for life now," she said.

Hill heads to Rio on Monday. His son celebrates his 23rd birthday Wednesday and competes on Thursday.

"A lot of Americans are getting gold, and I hope he's one of them," he said.