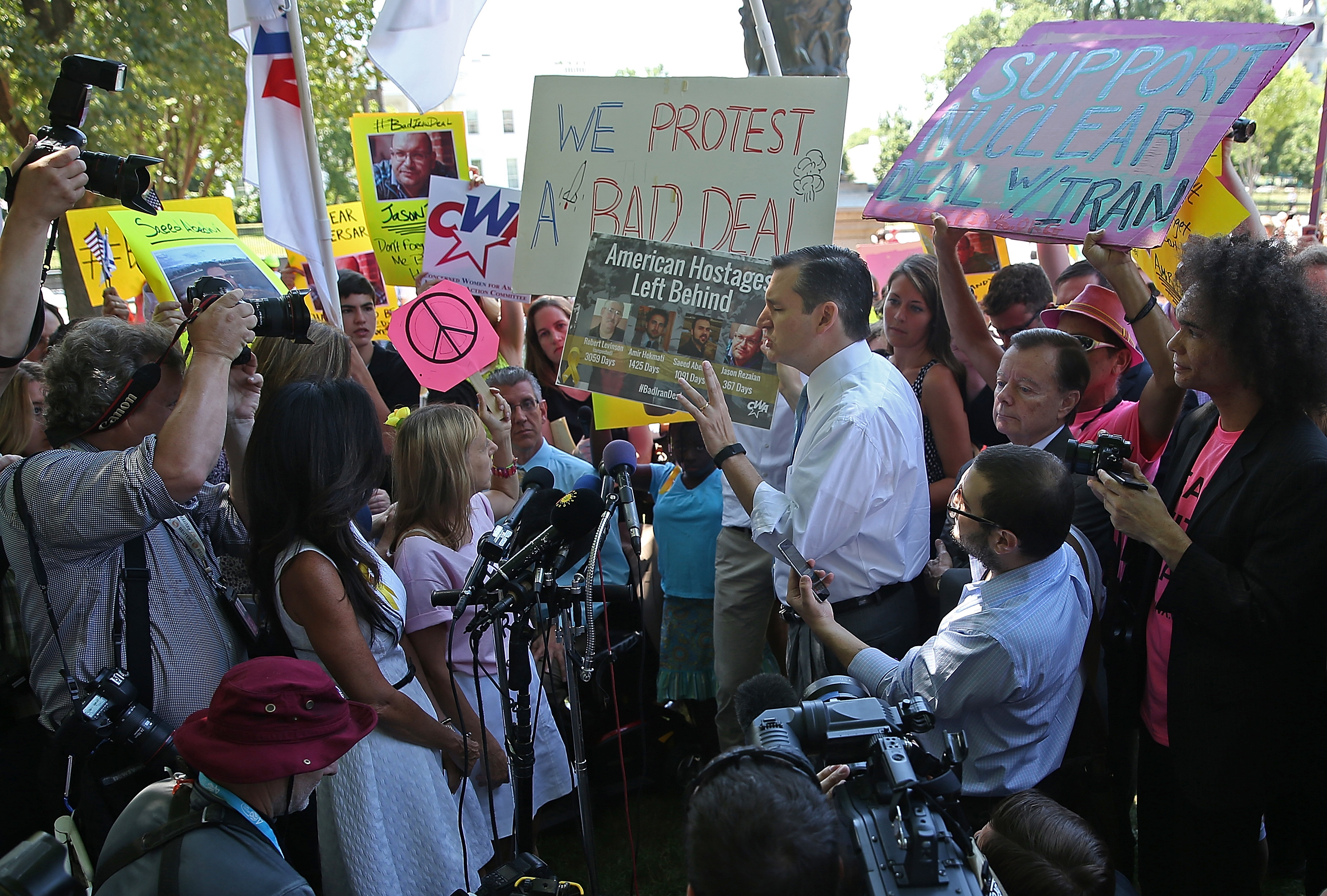 WASHINGTON -- House Republicans said Monday that they have the GOP votes to disapproveof the Iran nuclear deal as Democrats stepped up their support of the agreement the Obama administration and other world powers negotiated with Tehran.

Since Republicans hold a commanding 246 seats in the House, it was widely expected that the GOP would come up with 218 votes to support a resolution of disapproval, which has been introduced by Rep. Peter Roskam, R-Ill.

"Time is not the friend of this deal," Roskam said in a statement. "The more time members spend evaluating this agreement, the more they realize it's an historic mistake."

It is not clear that there would be enough votes in the House to override President Obama's expected veto of the legislation, though. Mr. Obama is counting on Democrats to sustain his veto, and House Minority leader Nancy Pelosi has said they will.

While the White House doesn't have a specific vote count it would share, White House Press Secretary Josh Earnest told reporters Monday that the administration has been confident in its ability to sustain a veto "at least in the House." Earnest said that in May, about 150 House Democrats had indicated they supported the effort "to reach a final agreement consistent with the parameters established in the political agreement that was announced the first week in April."

On Monday, California Democratic Reps. Adam Schiff and Anna Eshoo joined an expanding list of representatives who have announced their support of the international accord.

Schiff, the top Democrat on the House Intelligence Committee, said the deal "realistically precludes Iran from developing an atomic bomb" for at least 15 years.

Congress is engaged in a 60-day review of the deal, and Schiff's decision to back the agreement is a boost for Obama.

Eshoo said her decision was not based on trusting Iran. "To the contrary," she said, "the regime has a long list of offenses that I deeply object to, but there must be a mechanism in place to keep them from becoming a nuclear power."

Crucial to the administration is New York Sen. Chuck Schumer, a Jewish Democrat who is widely expected to be the next party leader in the Senate. Schumer, who hasn't disclosed his stance on the deal, has faced intense lobbying from both sides, including the powerful pro-Israel lobby, American Israel Public Affairs Committee.

"This is such an important decision that I will not let pressure, politics or party influence (me)," Schumer said Monday at a news conference in New York on gun control.

Schumer said he has received around 20 briefings, including two classified sessions.

"This is one of the most important decisions that I'll make, that any senator or congressman will make, and so I'm studying it really seriously," he told reporters.

Asked if he had spoken to Israeli Prime Minister Benjamin Netanyahu, a fierce foe of the deal, Schumer declined to answer.