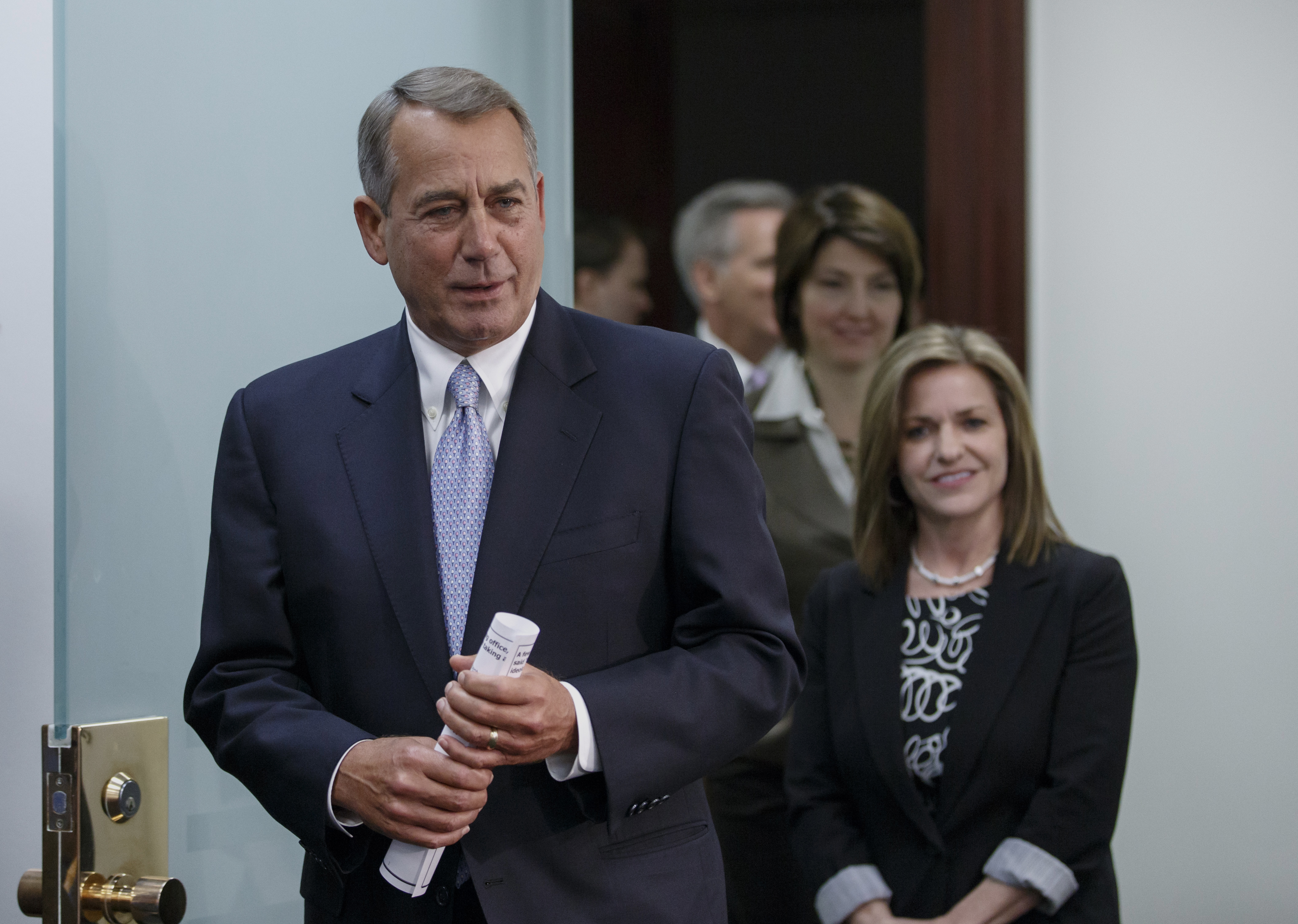 Although House Speaker John Boehner, R-Ohio, enjoyed a few successful months of steering his fractious caucus, the upcoming fight over the debt ceiling may have sent him and the rest of the leadership team back to the drawing board.

Boehner has insisted that his members won’t accept a so-called “clean” debt ceiling increase, where they agree to raise the U.S. borrowing authority – which expires Feb. 7 – with no conditional spending cuts or policy requests. But so far, they can’t seem to decide exactly which demand they will pursue in the negotiations.

The Republican leadership had settled on two possibilities: trade a one-year extension of the debt limit for either an approval of the controversial Keystone XL pipeline or a repeal of the “risk corridors” in the Affordable Care Act, a provision that which enables the government to share in the risks and gains of the marketplace. If the cost of insuring people is lower than expected, insurers pay into a pool, and if it’s higher than expected, they can draw from that pool.

But neither of those options has enough support to pass with just Republican votes.

“Following informal conversations with a broad range of Members, it is clear we cannot get 218 Republican Members to support a debt limit increase along with either Keystone or the insurance company bailout.  We're exploring a range of other options,” a GOP leadership aide told CBS News.

Treasury Secretary Jack Lew has written to leaders in Congress multiple times to say that the nation will reach the debt limit on Friday, Feb. 7, and that he can only keep paying bills by using “extraordinary measures” until late February. Putting extra pressure on the government’s obligations is tax refund period, which is concentrated in late February because the tax filing season was delayed by the government shutdown.

But the GOP seems divided about the best approach to the debt ceiling. Some of the most conservative members are advocating allowing Democrats to pass an unconditional increase in the debt ceiling to make a political point, something that would have been unthinkable just a few months ago.

“We‘ve had three years of fighting over the debt ceiling, [and] unfortunately we have not been victorious in many of those fights. I think that this year the speaker should just allow the Democrats to pass a clean debt ceiling, the Democrats can own it, they can explain to the American people why they want to continue to increase the debt without any major reforms and we can go to the American people and we can tell them that if they get rid of [Senate Majority Leader] Harry Reid we will actually make the reforms that are necessary for America to be strong again,” said Rep. Raul Labrador, R-Idaho, at a regular forum featuring conservative lawmakers Wednesday morning.

“I don’t advocate some sort of a scorched earth process but I do advocate lets come up with some common sense structural reforms or specific entitlement reforms that don’t affect program benefits immediately,” he said. “I think we’d get some Democrats and we probably couldn’t get everything we wanted but we’d get something. A clean debt ceiling I think is capitulation.”