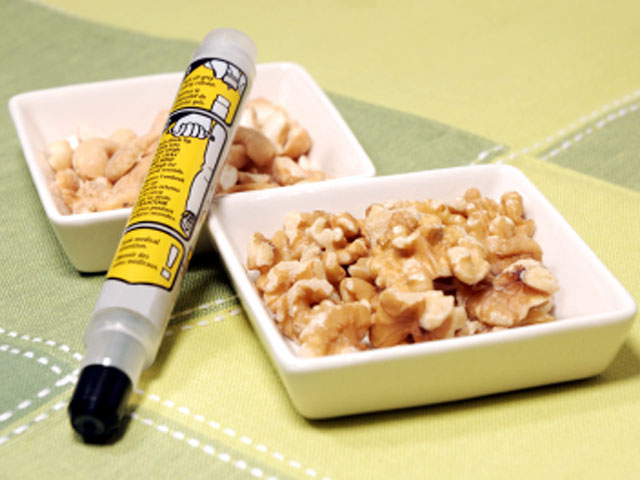 WASHINGTON A new measure may help kids who suffer from deadly food-related allergies by providing them with life-saving medication while they are at school.

The House on Tuesday passed legislation that would give grant preferences to states that come up with policies to make epinephrine, a drug used to treat anaphylactic shock, available in schools. It would also encourage schools to permit trained administrators to administer epinephrine to students believed to be having an anaphylactic reaction and require states to review their liability laws to ensure that administrators have adequate legal protections when they come to the aid of students.

The bill, passed by voice vote, was sponsored by Rep. Phil Roe, a Tennessee Republican and doctor, and Rep. Steny Hoyer of Maryland, the House's second-ranked Democrat.

"My granddaughter has a severe peanut allergy, and the presence of EpiPens (epinephrine) in schools can be lifesaving," Hoyer said.

The danger of severe food allergies has come to light after a 13-year-old girl died at summer camp after she took a bite of a Rice Krispies treat that contained peanuts. Natalie Giorgi died in her fathers arms on Saturday, even though she was given multiple doses of anti-allergy treatments, according to the Sacramento Bee. A family friend said Giorgi spit out the food right away when she tasted peanuts, but that was enough to trigger a reaction that caused her throat to swell up and block her airways.

Peanuts are the most common food that children are allergic to, followed by milk and shellfish, according to the American Academy of Allergy, Asthma & Immunology.

Roe and others said that 1 out of every 13 children under age 18, or about 6 million, suffer from food allergies. While some states allow children with known allergies to bring medicine to school, about a quarter of anaphylaxis cases in schools occur among students who are not aware that they have an allergy.

"This will save the lives of children who do not know they have an allergy which is life-threatening," Hoyer said.

"A systemic allergic reaction can kill within minutes," Roe said.

They said epinephrine should be available similarly to the stocking of emergency defibrillators in schools.

Anaphylactic shock can be caused by reaction to such foods as peanuts, wheat, shellfish, milk or eggs, or from bee stings. Epinephrine is effective in stopping the swelling in the throat or tongue that can be deadly.

The legislation now goes to the Senate for consideration.