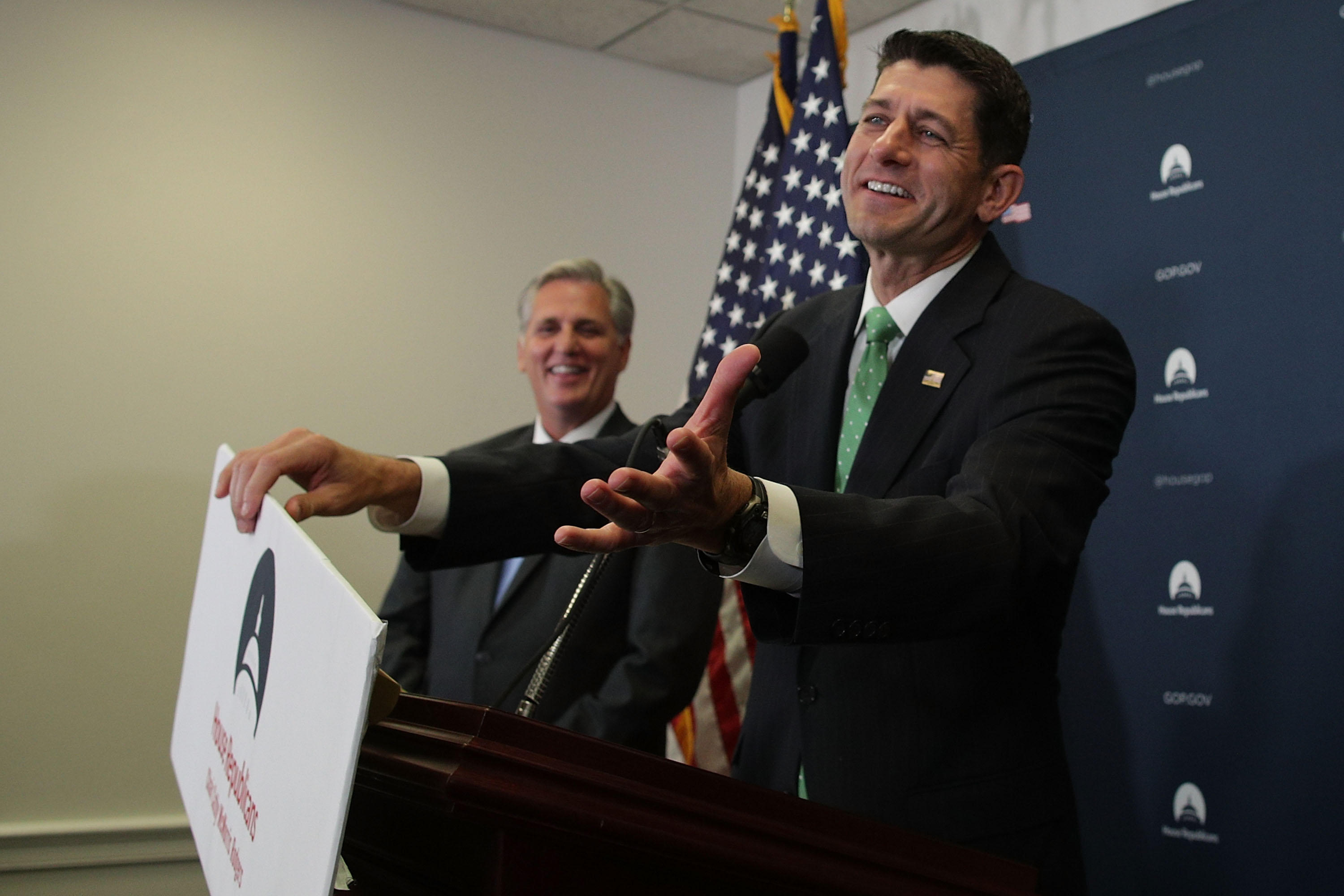 Speaker Paul Ryan said Tuesday that bipartisan talks are ongoing to address how to craft a legislative solution for so-called "Dreamers" that's tied with some sort of border enforcement provisions, such as funding for a border wall.

"We want to have a DACA compromise," the Wisconsin Republican said at a GOP leadership press conference, referring to the 2012 Deferred Action for Childhood Arrivals (DACA) program created by President Obama.

Republicans, Ryan added, want to make sure that the package, however, is "balanced," so that the U.S. doesn't have a DACA program five to 10 years from now.

"We want to make sure that we have interior and border enforcement," he said.

Ryan said that bipartisan negotiations are also ongoing to figure out an extension for the Children's Health Insurance Program (CHIP) and a package to lift spending caps.

Congress has less than two weeks -- until Jan. 19 -- to potentially pass a budget deal to lift spending caps and a governmentwide funding package that funds the rest of the fiscal year.

Lawmakers could run into a problem though since Democrats may want to attach a legislative solution for the Deferred Action for Childhood Arrivals (DACA) program for so-called "Dreamers" but President Trump has said recently he would only agree to such legislation only if it includes border wall funding.