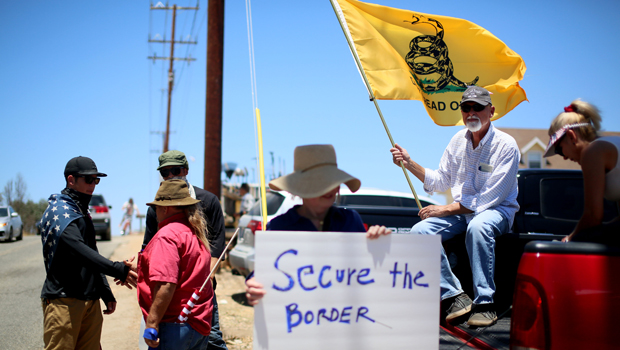 The annual defense policy bill passes the House Friday without a controversial provision that would have made it easier for undocumented immigrants to enlist in the United States military.

But after a strong conservative push Thursday to strike the language from the defense bill, Gallego's provision was eventually dropped.

Gallego's amendment would have pushed the defense secretary to consider allowing immigrants without legal status -- and who were eligible for the administration's Deferred Action for Childhood Arrivals (DACA) program -- to serve in uniform. Though DACA grants work permits, it does not allow undocumented immigrants, commonly referred to as DREAMers, to enlist in the military. After a marathon markup session of the defense bill, the provision eventually passed out of the House Armed Services Committee in a close 33-30 vote.

"If these courageous young men and women want to serve, they should be honored and celebrated, not discriminated against," Clinton's national political director Amanda Renteria said in a statement. "Hillary Clinton is committed to comprehensive immigration reform to strengthen families and our country. While we keep up the pressure for comprehensive action, allowing DREAMers to serve in the military is the right step forward."

But when the NDAA came to the House floor this week, conservative Rep. Mo Brooks, R-Alabama, pushed an amendment that would strike the language from the defense bill.

"This congress should support and represent Americans by voting to stop military service opportunities from being taken from struggling American families in order to give them to illegal aliens," Brooks told his colleagues.

Though Gallego's amendment did nothing to change the law prohibiting undocumented immigrants from serving, many Republicans believed the defense policy bill was not the appropriate avenue to advocate for the issue.

"It's a sense of Congress [that] the secretary should review existing authorities system of a sensitive debate where there can be no results that change anything -- only distracts from the provisions in this bill that do matter to our troops and our nation's security," House Armed Services Committee Chair Rep. Mac Thornberry, R-Texas, said.

The House eventually voted 221 to 202 to strip Gallego's language from the defense bill, although several Republicans opposed removing the amendment.