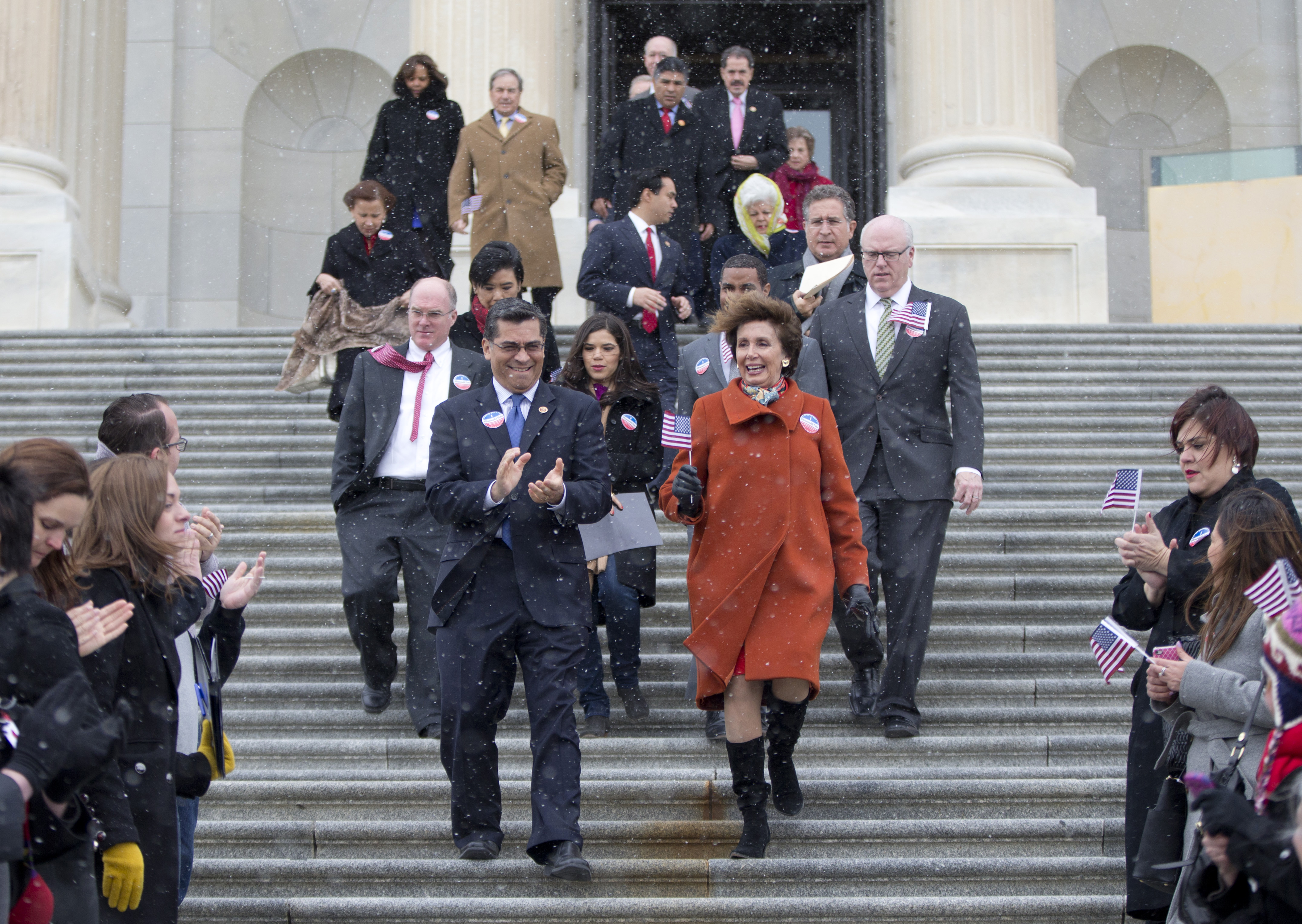 In a last-ditch effort to move an immigration reform bill in the House, Democrats on Wednesday launched an effort to force Republicans to put their legislation up for a vote by using a procedural rule.

Known as a "discharge petition," the procedure will compel a vote on any piece of legislation if its backers are able to get a majority of the House's 435 members to agree. Although most House Democrats will sign the petition, it's highly unlikely that more than a dozen Republicans would defy the Republican leadership and join them to get the petition to the necessary 218 signatures.

As of Wednesday afternoon, not even the three Republican cosponsors of the bill, H.R. 15 - Reps. Ileana Ros-Lehtinen of Florida and David Valadao and Jeff Denham of California - had signed on.

The petition received statements of support from many of the immigrant rights advocacy groups, but it will likely offer little more than a tool for Democrats to appeal to Hispanic voters in the next election because they will be able to point to Republicans as the obstacle to reform legislation in the House. House Democrats have also filed a discharge petition on a bill that would restore emergency unemployment benefits, which has not had success.

"Enough is enough, and Democrats are demanding a vote. It is time for Republicans to stop catering to the most extreme, anti-immigrant wing of their caucus, and allow a vote on the bipartisan immigration reform our nation so urgently needs," said House Minority Leader Nancy Pelos, D-Calif., when her party unveiled the petition Wednesday.

But Pelosi has also been frank about just how much of a long shot the petition is. In response to the Democrats' efforts, a spokesman for House Speaker John Boehner, R-Ohio, pointed reporters to Pelosi's comments on Sirius XM radio earlier this month when she said, "We'll never get to 218 on the discharge petition."

Some Democrats have maintained that H.R. 15 - which mirrors the legislation the Senate passed last June, minus some of the more expensive enforcement provisions - would have enough support in the House if only the leadership put it on the floor.

"A discharge petition, if everyone 'signed their consciences,' would have a majority to sign it and a bill would pass on the floor," said Sen. Chuck Schumer, D-N.Y., Wednesday. He was one of the lead architects of the Senate bill.

"We realize people are under political constraints, but those who believe in immigration reform but refuse to sign the petition have an obligation to propose a viable alternative that gets an immigration bill signed into law," he said.

Becky Tallent, who Boehner hired as an adviser on immigration last year, wrote on Twitter, "As I said before, if you're being told that the House has the votes to pass the Senate bill, you're being lied to -this also applies to HR15".

President Obama, who has largely steered clear of bashing Republicans in public on immigration, issued a statement supporting the discharge petition Wednesday.

"Immigration reform is the right thing to do for our economy, our security, and our future. A vast majority of the American people agree. The only thing standing in the way is the unwillingness of Republicans in Congress to catch up with the rest of the country," he said.

Though House Republicans unveiled a set of immigration reform proposals in January, they only lasted a week before the leadership backed away from the issue by saying the president couldn't be trusted to enforce anything they passed.

"The president seems to change the health care law on a whim whenever it likes...now he's running all over the country telling everyone that he's going to keep acting on his own," Boehner said at the time. "We are going to continue to discuss this issue with our members, but I think the president's going to have to demonstrate to the American people and to my colleagues that he can be trusted to enforce the law as it is written," Boehner added.

As the months have dragged on since Congress took any concrete action on immigration reform, the president has come under increasing pressure by advocates to unilaterally halt the record number of deportations his administration has carried out. Though Mr. Obama long said he was incapable of doing so, earlier this month he asked Homeland Security Secretary Jeh Johnson to conduct a review of the deportation program to look for ways that the law could be enforced more humanely.