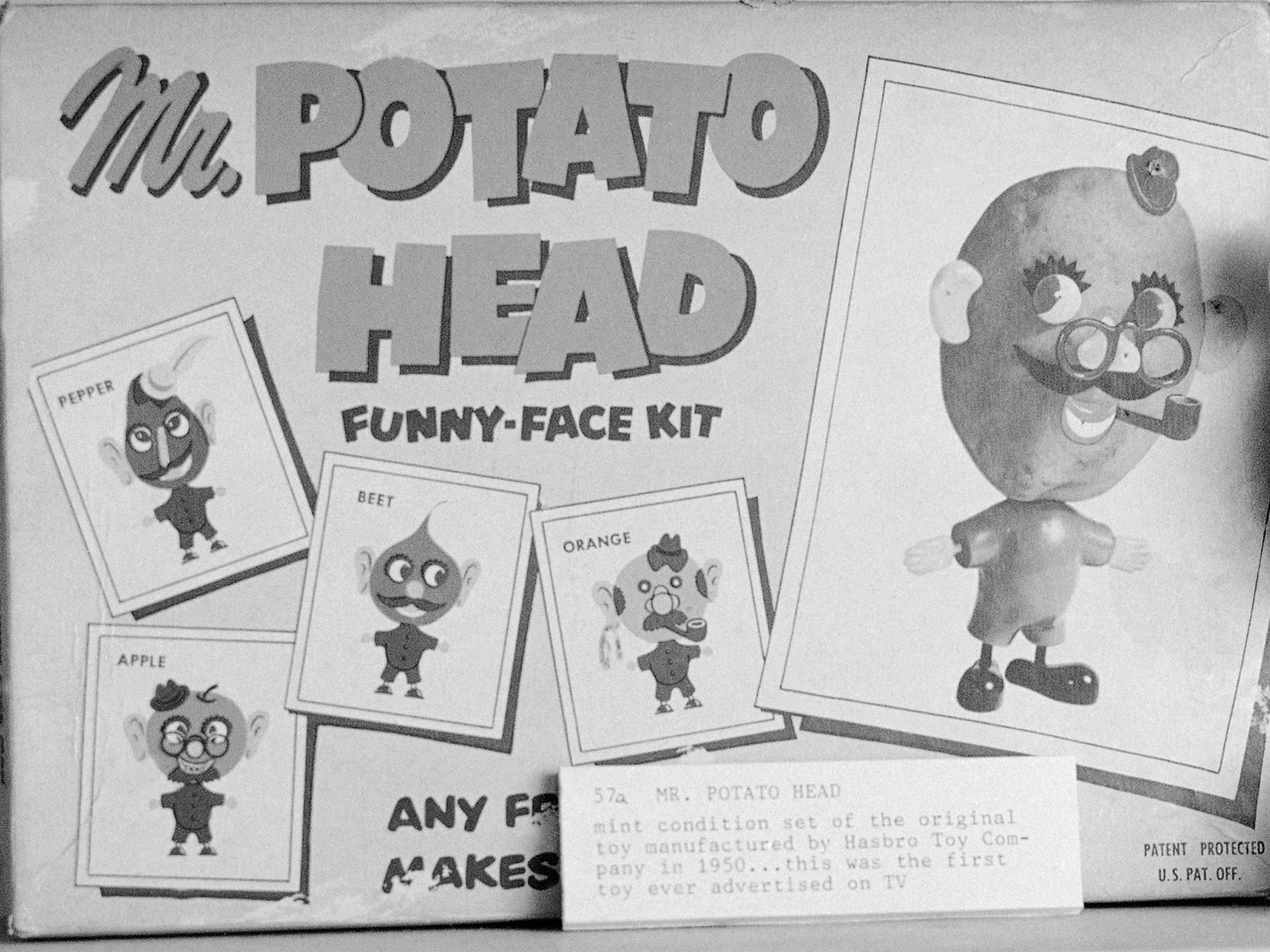 (CBS News) - Employees of the toy giant Hasbro gathered recently at their Pawtucket, R.I., headquarters - not to toast a strong earnings report, or introduce a new product - but to celebrate the 60th birthday of a man who's served them very well: Mr. Potato Head.

In the beginning Mr. Potato Head was just a collection of push-pin eyes, ears, nose and lips, for kids to attach to real fruits and vegetables. A distinct toy, it the first marketed directly to kids through a brand new medium: TV.

Jerry Perez, senior vice president of Playskool, who oversees the Mr. Potato Head brand, said, "The minute he came out he was advertised on television, which was really pretty breakthrough at that time. It was a brand new way to tell the public about your toy and it really caught on."

The toy caught on so quickly, in fact, the playtime tater made more than $4 million in its first year alone.

Less than a year later, on Valentine's Day in 1953, the spud met his spouse.

In 1964, responding to parents complaining about rotting potatoes, the tubers got plastic torsos, which doubled in size 10 years later. Along the way, they collected a lot more accessories. These days, Mr. Potato Head has 365 parts currently in production, Perez said.

According to mathematicians at Columbia University, those hundreds of parts allow for more than 500 billion septillion possible configurations.

Perez said of the toy's enduring draw, "No matter what generation it was, there was always something about his funny personality and his mix-and-match parts aspect of it that appeal to everybody."

And in 1995, the portly pair went Hollywood alongside Woody and Buzz Lightyear in the blockbuster film, "Toy Story."

The success of that franchise breathed new life into the toy, sprouting other movie-inspired characters like Spider Spud and the highly popular Darth Tater.

So why has this potato remained so hot for so long? Child development expert Shannon Eis, contributor of Time To Play magazine, says its recipe for success is pretty simple.

"The toy is there for the child to engage with and play in open-ended ways," Eis said. "(The toy gives them a way) to use their creativity and imagination, and that's what makes it a classic."

It's why, in an age of evermore sophisticated video games, stores around the world still find space on their shelves for a plastic potato -- no batteries required.