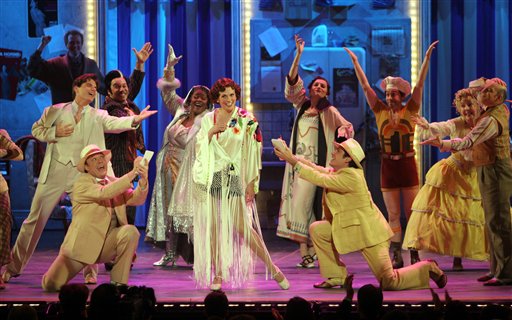 Global warming could fundamentally transform one-third of the world's plant and animal habitats by the end of this century, threatening many species with rapid extinction, an international conservation organization warned Wednesday.

In a new report, researchers for the World Wide Fund for Nature—known as the World Wildlife Fund in the United States and Canada—singled out the Arctic and northern latitudes as the most vulnerable to the changing climate.

They estimated 20 percent of the species there could die out due to shrinking habitat.

The report raises the specter of the walrus and polar bear populations vanishing from the Arctic tundra and New England losing its spruce and fir forests if world temperatures continue to rise.

The loss of habitat would place many plant and animal species in a race for their lives, as they seek to find new habitats.

"Some will just not be able to move fast enough," said the report's co-author, Adam Markham, executive director of the U.S.-based group Clean Air-Cool Planet.

The report estimates that some species of vegetation would have to migrate 10 times faster than during the last glacial retreat, about 10,000 years ago.

"A considerable portion of the globe could eventually become devoid of tree cover," the report noted.

The report is designed to pressure politicians ahead of November's international climate-change summit in the Dutch city of The Hague, at which politicians will attempt to ratify the 1997 Kyoto agreement limiting greenhouse-gas emissions.

Many scientists believe that high concentrations of carbon dioxide and other so-called greenhouse gases trap the sun's heat in the atmosphere, driving up temperatures and changing weather patterns.

But the exact nature and rate of global climate change remains contentious.

The Clinton Administration wants the U.S. to be given credit for carbon dioxide absorbed by forests in so-called carbon sinks—a move environmentalists oppose because it would lower how much the U.S. had to reduce CO2 emissions.

According to a study published in the July issue of the Dutch journal Climate Change, Arctic temperatures in the late 20th century were the warmest in four centuries.

Its projections are based on the concentration of carbon dioxide in the atmosphere doubling from pre-industrial levels by the year 2100.

And even that estimate is optimistic, the report said.

The northern latitudes of Canada, Russia and Scandinavia, where climate change is expected to occur fastest, could lose 70 percent of their habitat—a level that rises to 82 percent for Iceland.

In several countries—including Russia, Sweden, Finland, Estonia, Latvia, Iceland, Kyrgyzstan, Tajikistan and Georgia—and in seven Canadian provinces and territories, more than half the existing habitat is at risk, the report said.

More than one-third of habitat is in danger in the U.S. states of Maine, New Hampshire, Oregon, Colorado, Wyoming, Idaho, Utah, Arizona, Kansas, Oklahoma and Texas, it said.

Coastal and island areas would be at risk from warming oceans and rising waters, the report said.

"This compilation of research results make it undeniable that a major warming is affecting the Arctic environment," said Michael T. Ledbetter of the National Science Foundation in Washington, which funded the study, co-authored by 11 climatologists from five universities in the United States.