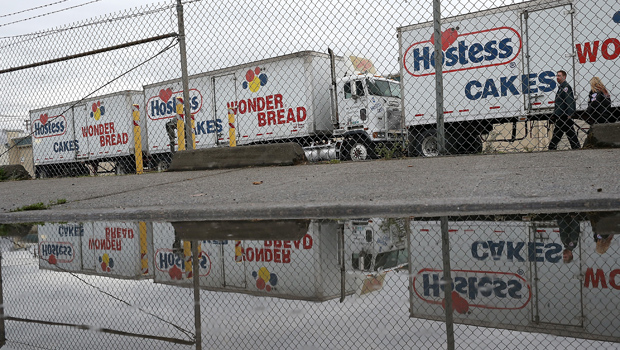 NEW YORK Hostess Brands is seeking approval from a federal judge to give its top executives bonuses totaling up to $1.8 million as it winds down its business and moves to sell all of its assets.

The company claimed in U.S. Bankruptcy Court in the Southern District of New York on Thursday that the incentive pay is needed to retain the 19 corporate officers and "high-level managers" during the liquidation process, which could take about a year.

Two of those executives would be eligible for additional rewards depending on how efficiently they carry out the liquidation. The bonuses would be in addition to their regular pay.

The bonuses do not include pay for CEO Gregory Rayburn, who was brought on as a restructuring expert earlier this year. Rayburn is being paid $125,000 a month.

Hostess' second-largest union is asking the judge to appoint an independent trustee to oversee the liquidation, saying that the current management "has been woefully unsuccessful in its reorganization attempts."

In court Thursday, the company received final approval for its wind-down, which was approved on an interim basis last week. An attorney for Hostess noted that the company is no longer able to pay retiree benefits, which come to about $1.1 million a month. Hostess stopped contributing to its union pension plans more than a year ago.

The company's shuttering means loss of about 18,000 jobs.