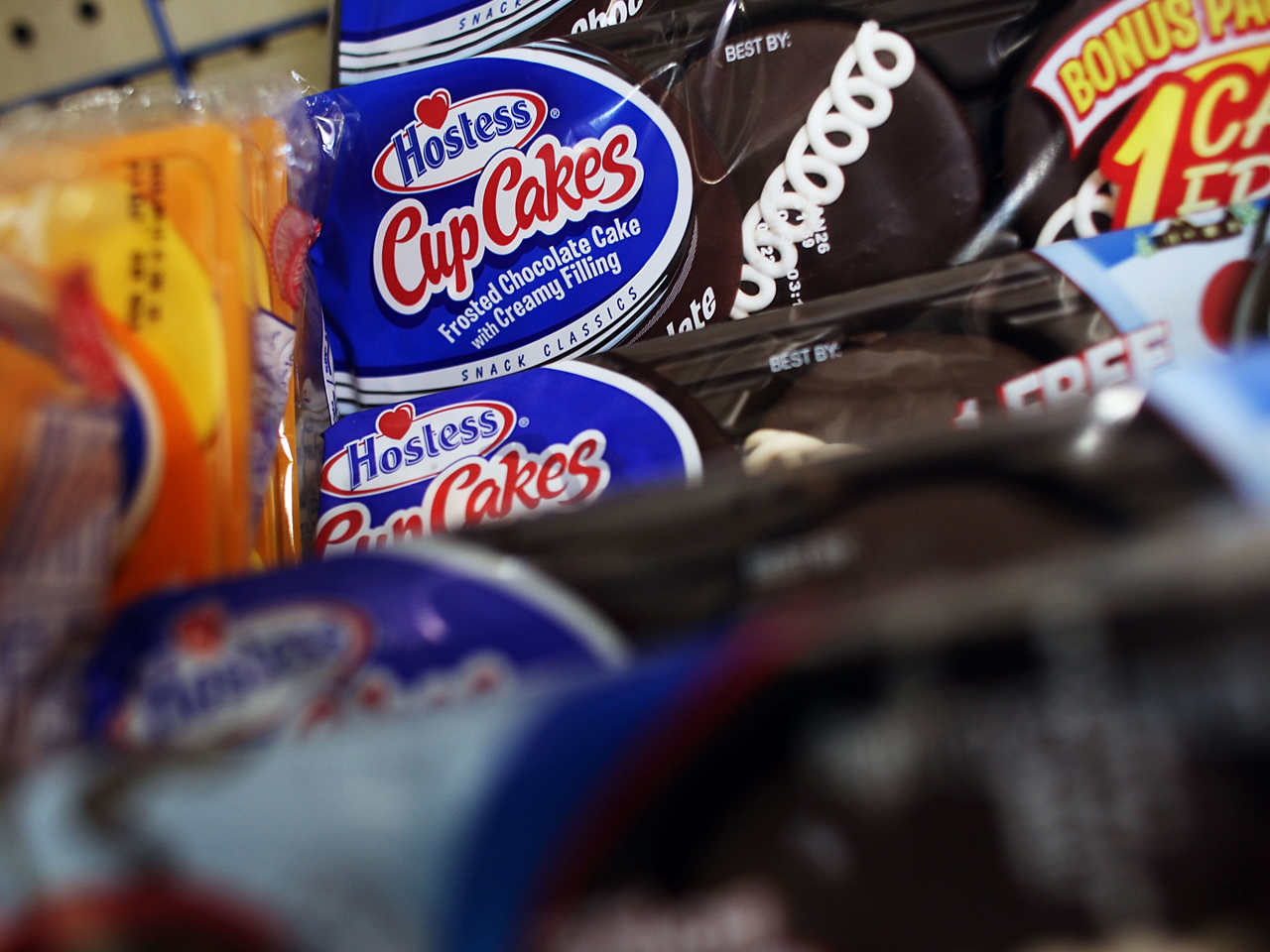 NEW YORK The bankrupt maker of Twinkies and Ding Dongs says that if its employees don't end a nationwide strike by 5 p.m. ET Thursday, it will file a motion in U.S. Bankruptcy court to "liquidate the entire company."

Hostess Brands is reorganizing under Chapter 11 bankruptcy protection. The company announced in a statement on Wednesday that a liquidation of its business would result in losses of nearly 18,000 jobs.

The International Brotherhood of Teamsters, Hostess Brands' largest union, and the group's lenders support the company, according to Hostess. But the Bakery, Confectionery, Tobacco Workers and Grain Millers Union (BCTGM), which called the strikes on Nov. 9, has not reached an agreement with the company to settle disputes over wages, benefits and pension contributions.

BCTGM president Frank Hurt said in a statement on Thursday that "the crisis facing Hostess Brands is the result of nearly a decade of financial and operational mismanagement."

"[Hostess] sought to force the workers, who had already taken significant wage and benefit cuts, to absorb even greater cuts including the loss of their pension contributions," said Hurt.

Hostess announced on Monday the closures of three bakeries due to the nationwide strike. The facilities employ 627 workers, according to the Associated Press.

"We simply do not have the financial resources to survive an ongoing national strike," said Hostess Brands CEO Gregory F. Rayburn. "It is now up to Hostess' BCTGM represented employees and Frank Hurt, their international president, to decide if they want to call off the strike and save this company, or cause massive financial harm to thousands of employees and their families."

If employees don't meet the company's deadline to restore normal operations on Thursday, the company said in a press release the liquidation process will unfold as follows:

Lance Ignon, a spokesman for Hostess, said that production at about a dozen of its 33 plants has been seriously affected by the strike. He said that a decision on whether Hostess will have to move to liquidate the company may not come until Friday morning, after it's had a chance to assess plant operations at the end of Thursday.

The Teamsters meanwhile is urging the smaller union to hold a secret ballot on whether to continue striking. Citing its financial experts who had access to the company's books, the Teamsters say that Hostess' warning of liquidation is "not an empty threat or a negotiating tactic" but a certain outcome if workers continue striking.

The Teamsters also noted that the strike put its union members in the "horrible position" of deciding whether to cross picket lines.

Hostess, a privately held company, filed for Chapter 11 protection in January, its second trip through bankruptcy court in less than a decade. The company cited increasing pension and medical costs for employees as one of the drivers behind its latest filing. Hostess has argued that workers must make concessions for it to exit bankruptcy and improve its financial position.

The company, founded in 1930, is fighting battles beyond labor costs, however. Competition is increasing in the snack space and Americans are increasingly conscious about healthy eating. Hostess also makes Dolly Madison, Drake's and Nature's Pride snacks.

Hostess said it is prepared to file the motion to liquidate Friday, with a hearing scheduled for Monday. If the motion is granted, Hostess would begin closing operations as early as Tuesday.