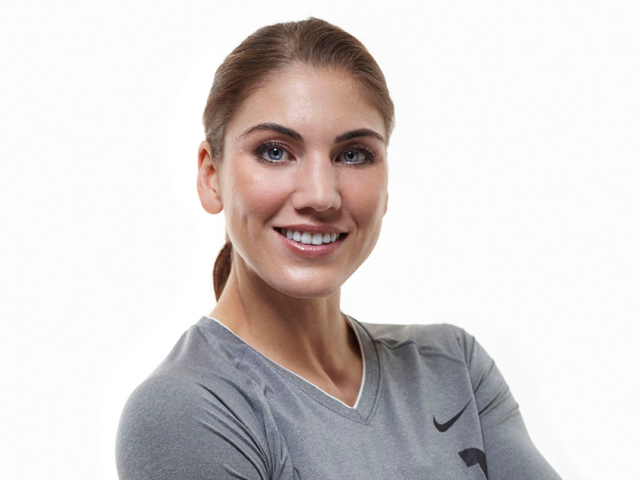 "I would never stand for domestic violence. I've never been hit in my life," Solo said Tuesday, speaking about the Nov. 12 arrest of her then-fiance, Jerramy Stevens.

Solo, 31, married Stevens, a former NFL tight end, in Washington state on Nov. 13, a day after his arrest at a party for domestic violence. A judge determined there wasn't enough evidence to hold Stevens, but the matter remained under investigation.

"It's unfortunate what the media can do to judge before the facts are out there. It's hard to see, but it's a hard truth, and it's part of life," Solo said.

Police said they were called to a disturbance at a home in Kirkland, a Seattle suburb, in the early morning hours on Nov. 12. Solo and her brother blamed the disturbance on three unknown men. Officers maintained they had probable cause to arrest Stevens because they observed evidence of an altercation, including a cut on Solo's elbow, and his admission that the two had argued, according to court documents.

Solo and Stevens were married the next day.

Stevens was selected with the No. 28 pick of the 2002 NFL draft by the Seahawks after a stellar career at Washington. But he also was involved in incidents away from football that included reckless driving charges for crashing into a nursing home.

Solo has had a stellar career with the national team, helping the team to two straight Olympic gold medals. They will play against Ireland on Wednesday night on their U.S. appreciation tour following a 2-1 victory over Japan to win the gold medal in London.