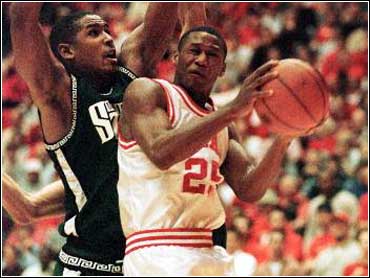 Give A.J. Guyton half an assist, maybe.

Guyton had a career-high 34 points, but it was his missed shot - an air-ball that Lynn Washington caught and put in the basket with a half-second left in overtime to give No. 16 Indiana an 81-79 victory over No. 5 Michigan State on Saturday.

"It was a great pass on my part," Guyton said, joking. "No, he just had a great rebound. I had a terrible shot and he tipped it in.

"That's the leading rebounding team in the nation and we knew they can just beat you on the boards alone," Guyton said. "We had a lot of blocking-out drills in practice and that helped us."

The winning basket was Washington's only one of the game.

"Nobody blocked me out, so I just went to the glass," he said. "Nobody put a body on me. All I could think about was putting it in the basket."

"I was really struggling on the offensive end," he said. "I just tried to keep my head up and I was hoping coach was going to put me back in so I could contribute something. I'm glad things worked the way they did."

After his basket, the Spartans (21-7, 11-3 Big Ten) immediately called time out, but a long inbound pass was intercepted by the Hoosiers (19-6, 9-5) as the game ended, and Indiana fans mobbed the court.

The loss dropped Michigan State into a tie for the conference lead with Purdue, which plays Penn State on Sunday, and kept alive the Hoosiers' slim title hopes with two games left in the regular season.

"We were just trying to get the ball in Guyton's hands and make sure that if we didn't get a basket out of it then we were going into a second overtime. That was more important than anything else," Indiana coach Bob Knight said.

"We just didn't come up with a really good shot. We didn't clear out for him to give him a chance to draw a foul."

Michigan State, which had a nation-best 13.9-rebound margin over its opponents this season, outrebounded the Hoosiers 39-30. But 22 turnovers by the Spartans allowed the Hoosiers to take 19 more shots.

Guyton sent the game into overtime with two free throws and a 3-pointer in the final minute of regulation, tying the game at 72.

Mateen Cleaves, who led Michigan State with 22 points, gave the Spartans their final lead with a 3-pointer at the start of the overtime. Guyton, whose previous high was 33 points at Penn State last year, put the Hoosiers ahead briefly, but two free throws and a rebound basket by Andre Hutson tied the game at 79 with 21 seconds remaining.

After an Indiana timeout, the Hoosiers worked the ball to Guyton, who missed from the left corner before Washington's game-winning rebound basket.

"We've got to win the next two games (at home against Minnesota and Michigan), but you do want to win it outright," Cleaves said. "I doubt if we'll lose again."

Kirk Haston added 13 points and Kyle Hornsby 10 for Indiana, which had lost three of its past four games. Hutson added 17 points for the Spartans, who had beaten Indiana the past four games, including an overtime game in East Lansing earlier this season.

"The problem that has plagued us the whole year has been our turnovers," Michigan State coach Tom Izzo said. "When we were up nine and they had two steals in a row and 3-point plays on the other end, that was critical.

"Then we make a great defensive stop (on Guyton) at the end and ironically, the best rebounding team in the nation got outrebounded (by Washington)," Izzo said.

Despite being the first team this season to shoot better than 50 percent against Indiana, Michigan State was hurt by its turnovers. The Spartans had eight errors in the first seven minutes and led 20-18 when Guyton took his first rest with 7:17 to go.

Larry Richardson tied the game for Indiana, but two free throws and a 3-pointer by Mike Chappell and another 3-pointer by Cleaves gave the Spartans their biggest lead at 28-20 before Guyton returned.

Guton had eight points in the next four minutes, including a 3-pointer that pulled the Hoosiers within one with two minutes to go. A 3-pointer by Morris Peterson was Michigan State's final basket of the half.

Indiana tied the game on baskets by Haston and Jeffrey Newton and went ahead on a basket by Hornsby with 25 seconds left. Cleaves then turned the ball over, the Spartans' 12th error of the half, and another 3-pointer by Guyton with one second to go gave Indiana a 38-33 lead at the break.

Michigan State seemed to have the game in control with a 14-0 run at the start of the second half, but Indiana slowly came back and tied the game at 57 on four straight free throws by Hornsby. 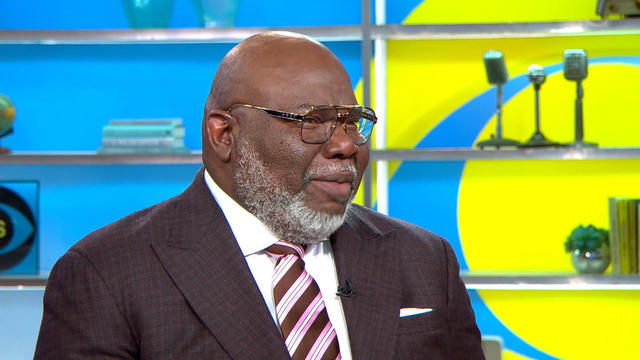