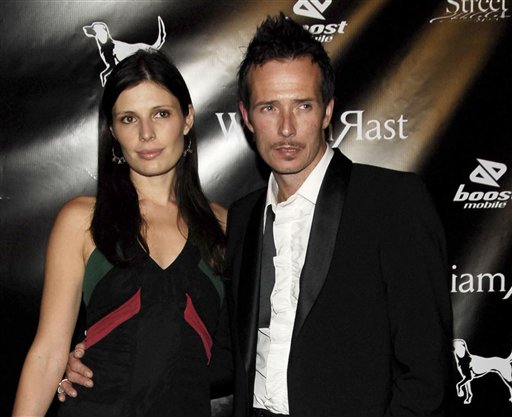 Michigan State arrived at Assembly Hall on Sunday with the No. 1 ranking, an unbeaten record and the nation's longest winning streak.

Indiana beat the Spartans 59-58, its first win over a top-ranked team in more than a decade and certainly the biggest victory in the post-Bob Knight era.

"I just put a little extra arch on it and started heading to the other end," said Haston, who had just four 3-pointers in his career before Sunday. "I looked up at the clock and saw all zeros and that's when I knew we had a win."

Haston was immediately tackled by his teammates, right in front of the Michigan State bench, as students poured onto the floor, a rarity in Bloomington.

But in the midst of the frenzied celebration, the officials opted to review the shot on replay making sure it was from behind the 3-point line and that there was no time remaining. When the conference ended, the Hoosiers had their first victory over a top-ranked team since 1987 and their first ever at Assembly Hall.

It was easily the biggest win in coach Mike Davis' brief career, one that began in September when Knight was fired.

Davis called a timeout with 8.3 seconds left to design the play he wanted and he opted for the win.

The Spartans (12-1, 1-1) had won 23 straight games since losing their last trip to Assembly Hall on Feb. 26, 2000. The loss means Stanford will most probably move up one spot to No. 1 when the new poll is released Monday morning.

"It's sad to see the win streak end," Izzo said. "But it's good to know that reality is still reality."

The reality Sunday was that the Spartans played an uncharacteristically bad game.

The defending national champions finished with 19 turnovers, one short of a season high.

They shot just 38.9 percent from the field, managed only seven steals and seven assists, and leading scorer Charlie Bell was limited to just three field goals and 11 points.

Most notably absent was their ability to finish. They missed three of four free throws in the final 29 seconds.

"They gave us a lesson in how to play hard," Izzo said. "For some reason, we just didn't come out. Turnover after turnover early in the game hurt us, foul trouble hurt us.

"But I'm happy we lost. You get what you deserve. If we had won, it would have been a false impression of what went on here."

What went on, was that Indiana fought all out, even after falling behind 46-40 midway through the second half.

The Hoosiers responded with a 9-0 run midway through the second half, sparked by another 3-pointer by Haston.

Michigan State regained the lead at 55-53 with 4:15 to go and led until Haston's game-winner from just right of the top of the key.

"I told them remember why we won because we fought the entire game," Davis said. "There's no reason not to play like that every night. We beat the No. 1 team in the country. But we're still 10-6."