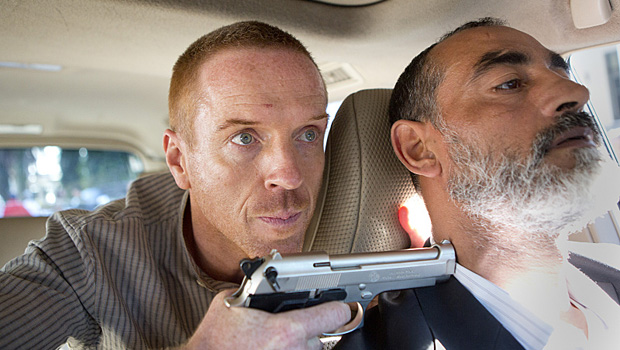 The climactic season finale of "Homeland" has recorded some of the Showtime drama's best viewership numbers.

The Nielsen company says 2.4 million people watched the end to the show's third season in the episode's first run Sunday night, with the total reaching 2.9 million when the night's two reruns are added in. Those are the highest-ever first night numbers for "Homeland."

Showtime will air the episode twice more this week. Between the multiple showings, time shifting and on-demand viewing, generally about 7 million people watch a new "Homeland" episode each week.

That's why Showtime's news release on the ratings didn't mention the episode’s big plot twist -- stop reading now if you don't want to know it -- involving the death of one of the show’s lead characters, Nicholas Brody, played by Damian Lewis.

Showtime's other Sunday night finale, that for the first season of "Masters of Sex," averaged 1.2 million viewers in its 10 p.m. airing, up 21 percent from the show's premiere in September, and drew in 1.5 million viewers total for the night.

Both "Homeland" and "Masters of Sex" have been renewed by the network for a respecting fourth and second season.