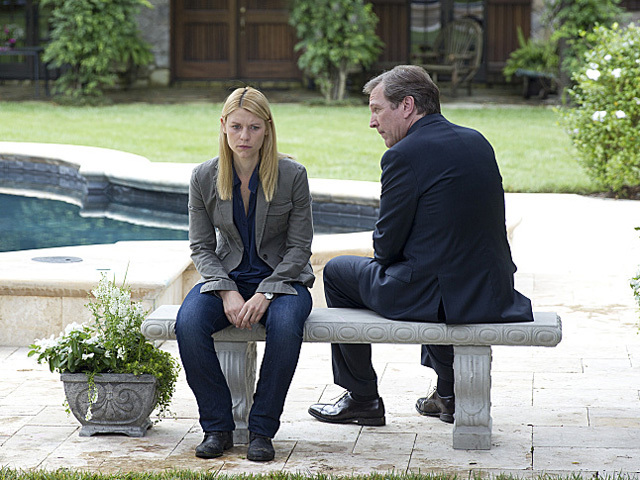 Showtime has renewed "Homeland" and "Masters of Sex," the network announced Tuesday.

The CIA thriller will get a fourth season, while the freshman period drama will return for a second season. Both shows will be back next year with 12 episodes each.

"'Homeland' continues to prove its strength for Showtime, and is one of television's most exciting, provocative and widely-discussed shows. It has grown its audience significantly in each of its three seasons," said Showtime entertainment president David Nevins. "The critical and audience reaction to 'Masters of Sex' since its great launch has been incredibly gratifying. It's a privilege to get to work with such talented and creative people as Alex Gansa and Michelle Ashford, as well as their tremendous casts. They have each created truly original shows, with distinctive voices that are among the most admired series on television."

Both shows air on Sunday nights, with "Homeland" providing a lead-in for "Masters of Sex." Their renewal comes after Showtime bid farewell to "Dexter" last month and "The Big C" in May.