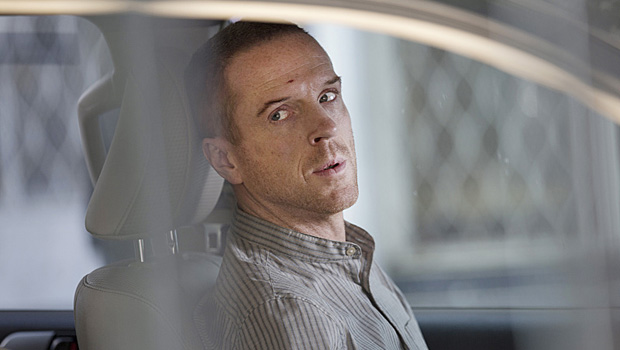 "Homeland" finished its third season Sunday night with a shocking finale that sets the show on a new course.

If you haven't seen "The Star" yet, click away now to avoid spoilers. Otherwise, keep on reading.

We begin with Brody, who successfully completed his mission to kill Danesh Akbari, the head of Iran's Revolutionary Guard, so that CIA-controlled asset Majid Javadi can take over that post.

He meets up with Carrie, who takes him to a safe house where they'll await extraction from Iran. It's there that she tells him she's four months pregnant with their child.

Meanwhile, Javadi tells Saul that for him to succeed Akbari at the IRG, Brody will have to be captured and punished. Saul refuses to give Brody up, but new CIA director Andrew Lockhart appeals to the president, who orders the rescue mission aborted.

Carrie and Brody go outside when they hear helicopters, but it’s not the CIA that's come for them. Instead of being flown to safety, Brody is captured by Iranian soldiers and sentenced to death by a military tribunal as an enemy of the state.

Carrie appeals to Javadi to stop the execution, but he refuses and implores her to accept his demise as part of the mission's success.

Though Brody asks her not to, she's watching when he's sent to his death. She climbs to the top of the fence and tearfully calls out to him, but a guard knocks her down. She's still there in the crowd as he is hanged and dies.

Fast-forward to four months later, and it's clear the mission was indeed a success. Iran is allowing investigators access to its nuclear program in exchange for the lifting of economic sanctions. It's Saul's "crowning achievement," Mira tells him, even if it cost him his job at the CIA.

A very pregnant Carrie is offered a prime position as station chief in Istanbul, where she will handle Javadi. She accepts the job but then asks Lockhart if Brody can get a star at an upcoming CIA commemorative ceremony, which he refuses.

She's also having major reservations about keeping the baby, scared that she'll be a bad mother because of her mental instability and devotion to her job. Her sister says she might change her mind when the baby arrives, but her father offers to care for the newborn if she doesn't.

Saul and Carrie reunite at that CIA ceremony. He's going to a job in New York in the private sector (he told Dar Adal earlier that he won't return to the CIA, but you never know), and she wishes him well.

The episode ends with Carrie standing at that wall of stars for the agency's fallen heroes, where she takes a marker and draws in an extra one for Brody.

Tell us: Were you surprised by Brody's death? Do you think it was a good decision for the show to make? Share your thoughts on the finale in the comments.