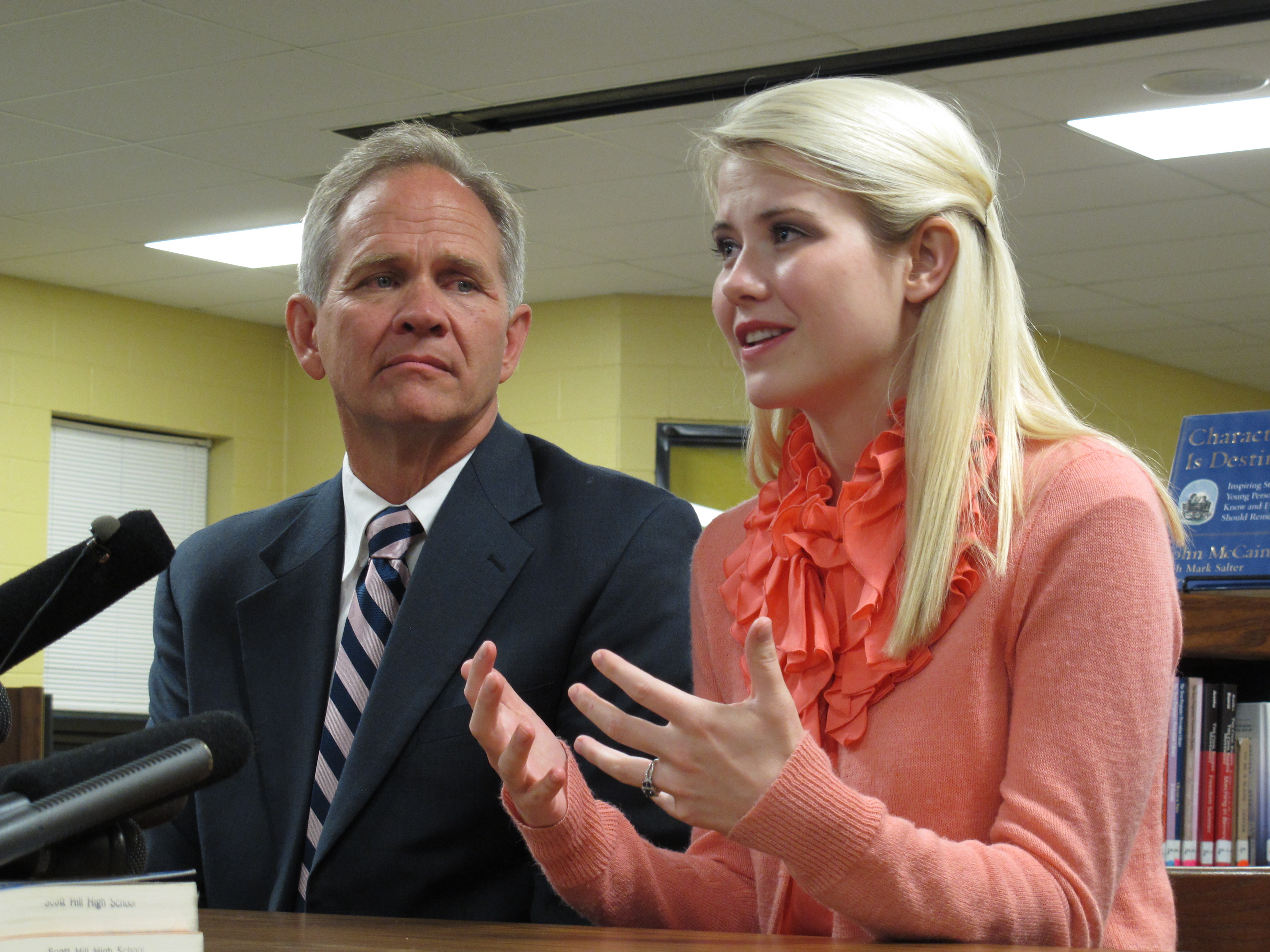 (AP) SCOTTS HILL, Tenn. - Elizabeth Smart, the Utah woman kidnapped and held captive for nine months when she was 14, told family and friends of missing West Tennessee nursing student Holly Bobo Monday to continue searching for her and not to give up hope that she is alive.

Smart spoke to about 1,000 friends and relatives of Holly Bobo on Monday night at Scotts Hill High School, in the area where searchers have been looking for the 20-year-old woman since she was abducted 16 months ago. Smart also told those in attendance a story about her kidnapping and how she survived her ordeal.

Bobo's brother said he saw her being led into the woods by a man in hunting gear near the family's rural home in Parsons, about 100 miles northeast of Memphis, in April 2011. Since then, authorities and volunteers have been using search dogs to look for Bobo, hoping that she is still alive.

Smart, who is now 24 and married, told Bobo's supporters that she was being held just a few miles from where her family lived in Utah before she eventually was found by motorists who spotted her as she walked with her captors, nine months after her abduction.

"It is not impossible for Holly to come home," said Smart, who was joined by her father, Ed Smart, at Bobo's former high school. "Never give up. I was just three miles from my family and I was found. Holly could have the very same ending."

Smart was 14 when she was kidnapped at knifepoint in June 2002 in Utah by a handyman who knew her family. Brian David Mitchell, a former itinerant street preacher, was convicted in 2010 of Smart's 2002 kidnapping and sexual assault. He is serving a life prison sentence.

Smart has become increasingly involved in advocacy work for crime victims since her rescue. She formed the Elizabeth Smart Foundation, aimed largely at protecting children from abuse through prevention and education.

Smart told the audience about how her abductor took her into the mountains behind her home in the hours after she was kidnapped. Smart said the man performed a marriage ceremony in a tent, and then she was raped.

"I remember feeling like, 'Who could ever love me again?'" Smart said. "Could my parents love me again? Would they keep looking for me if they knew what had happened to me? Would people accept me as a normal person again?"

As she sat in the tent, Smart thought about the love she had for her parents and her siblings, and their love for her.

"I made the decision right then and there that no matter what happened, that I would survive," Smart said.

Smart's visit was welcomed by Bobo's mother, Karen, who said it could serve as encouragement for residents to keep the search active.

"Sometimes I drive by a house and I think, 'Can Holly be in there?'" Karen Bobo said. "We're never giving up the hope that she's out there."

Karen Bobo said Holly was wearing a pink shirt and had a pink purse when she disappeared. Many of those in attendance Monday wore pink T-shirts and white buttons with a picture of the blond-haired Bobo on them.

In Parsons, Scotts Hill, and other small towns in Henderson and Decatur counties, pink bows decorate lampposts, street signs, and the fronts of homes, businesses, churches and schools. A graduation photo in the front lobby of the high school has a pink ribbon pinned next to Bobo's photo.

Lois Alexander, of Bloodhound Search and Rescue, said a team of dogs and human searchers have scoured 68 square miles and 57 miles of road in their hunt for Bobo. Investigators have said that whoever took Bobo must have been familiar with the rugged woodlands surrounding the family's home.

"We all think somebody is holding her somewhere," said Dana Bobo, Holly's father. "We don't have a clue where."