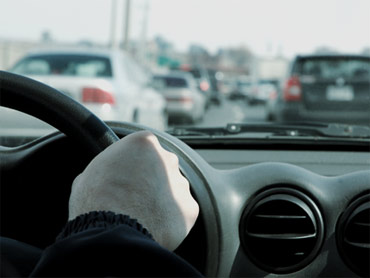 As we all know, the day before Thanksgiving is the annual kick off of the holiday travel season - the busiest air travel day of the year.

"In reality, the day before Thanksgiving is not the busiest day of the year," said Roger Dow of the U.S. Travel Association.

In fact, according to official government data, when it comes to the number of airline flights, today doesn't even rank among the top 25 busiest days.

"It's a myth," Dow said. "lt's one of those things that people expect the airports to be crazy - there's a lot of people traveling, but it's not the worst day of the year."

So if it isn't the busiest travel day of the year, what is? The day before Christmas, perhaps? Maybe the day before Memorial Day weekend?

Dow says it's simple. The busiest travel days of the year are, "Fridays, June, July and August."

Consider this: AAA estimates that 2.3 million Americans will fly this holiday weekend -- that's a 62 percent drop from the 6.2 million who flew nine years ago.

But more than 33 million will drive - which means, as usual, the worst congestion will be on the road, not in the skies.