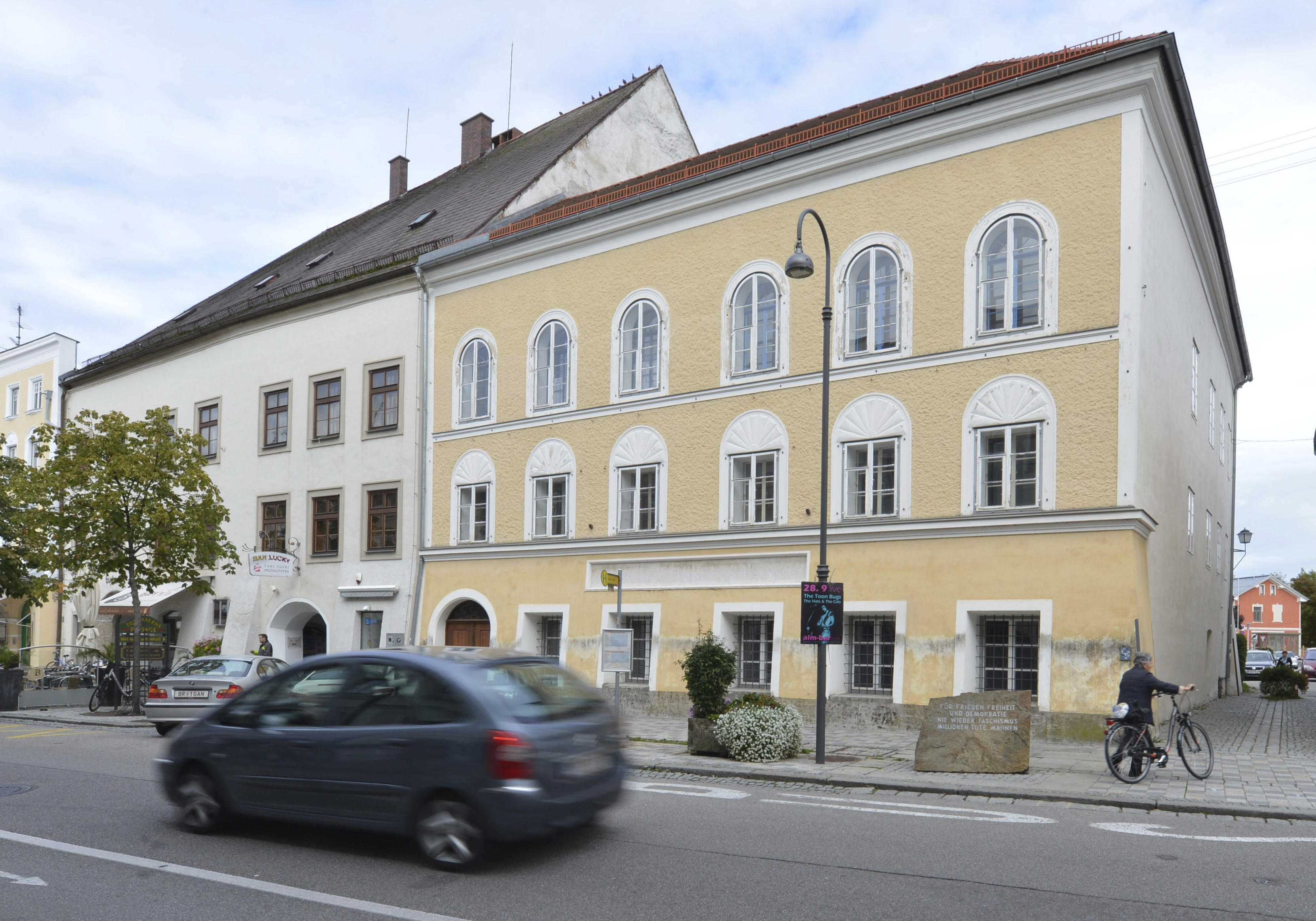 VIENNA The house where Adolf Hitler was born will be torn down and replaced with a new building that has no association with the Nazi dictator, Austria’s government announced Monday as it moved to eliminate the property’s pull as a place of pilgrimage for neo-Nazis.

The plan still has to be formalized in legislation and voted on in Parliament. But the Interior Ministry said demolition was recommended by a government-appointed commission.

With the Social Democratic and centrist People’s Party in the majority, and most opposition parties expected to support the plan, passage was likely no more than a formality.

Interior Minister Wolfgang Sobotka said that “a thorough architectural remodeling is necessary to permanently prevent the recognition and the symbolism of the building.”

Ministry spokesman Karl-Heinz Grundboeck said that means that except for its foundations, nothing will be left of the house in the western town of Braunau and that a new structure will be erected in its place.

A ministry statement emailed to The Associated Press quoted Sobotka saying he wants to ensure that any association with Hitler is eliminated at the site, adding that he could conceive of it being repurposed to house either government or social agency offices.

The statement said the commission had recommended against leaving the site empty, which could be interpreted as an attempted “denial of Austrian history.”

The government this year launched formal legal procedures to dispossess the home’s owner after she had repeatedly refused to sell the building or to allow renovations that would reduce its symbolic impact as Hitler’s birthplace - and its draw for admirers of the Fuhrer.

The statement said the Interior Ministry planned to finalize a draft law making the house state property before putting it to a vote in Parliament by the end of the year.

Vienna’s Jewish community and a government-supported anti-Nazi research center support tearing down the imposing three-story yellow house, where Hitler was born on April 20, 1889.

But some historians argue that the house and the apartment inside where the Hitler family lived briefly should be preserved specifically because they are among the few surviving structures linked to the Nazi leader.

A house in nearby Leonding, where Hitler lived as a teenager, is now used to store coffins for the town cemetery. There, the tombstone marking the grave of Hitler’s parents, another pilgrimage site for neo-Nazis, was removed last year at the request of a descendant.

A school that Hitler attended in Fischlham, also near Braunau, displays a plaque condemning his crimes against humanity.

The underground bunker in Berlin where Hitler committed suicide on April 30, 1945, was demolished and the site left vacant until the East German government built an apartment complex around it in the late 1980s.

The apartments overlook the German capital’s monument to victims of the Holocaust.