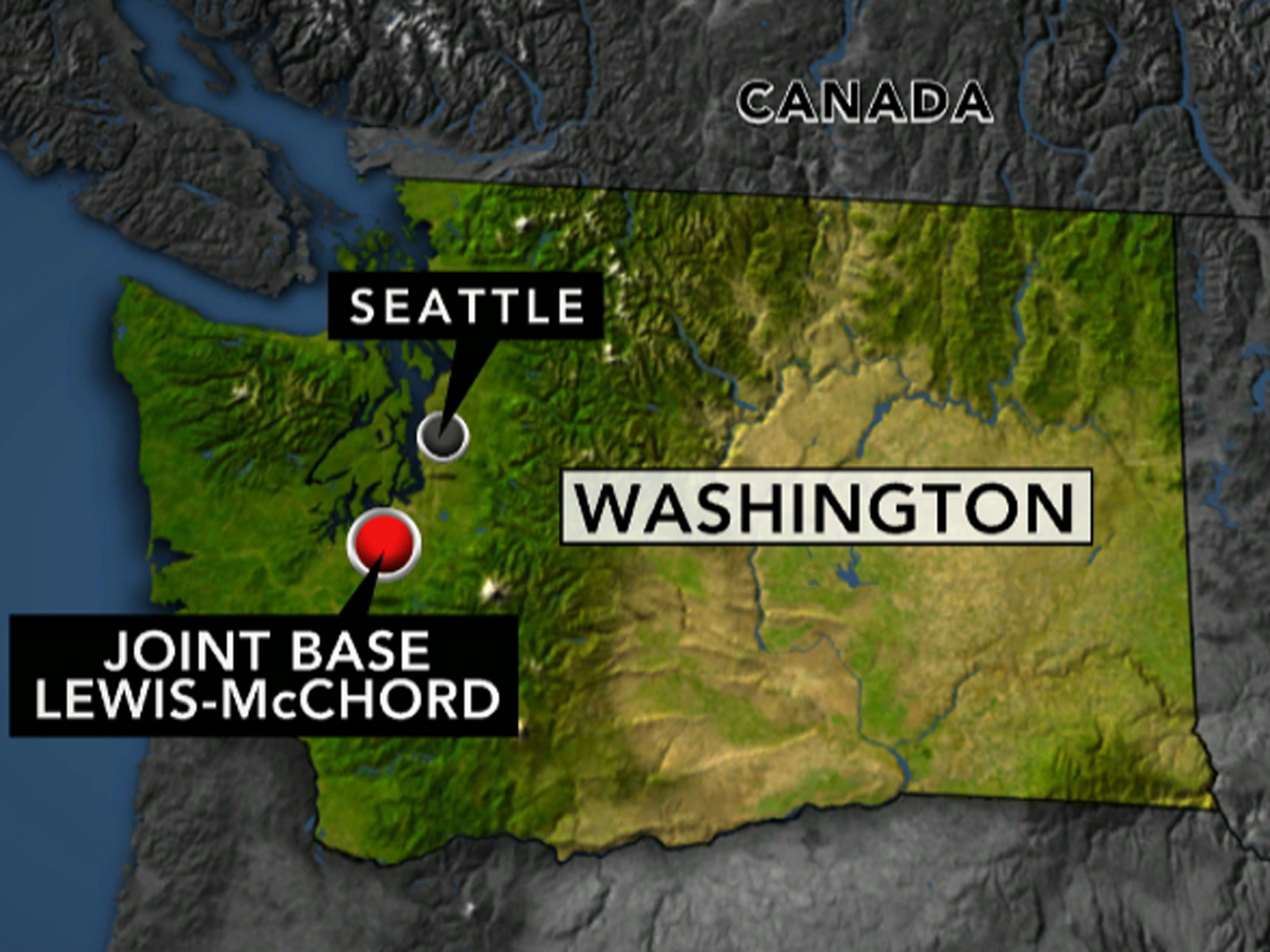 (CBS News) The family of the suspect in the Afghanistan shooting rampage has been moved onto his home base for their protection. The sergeant who is being held is attached to a brigade at Joint Base Lewis-McChord near Tacoma, Washington.

CBS News correspondent Ben Tracy reports that troops from that base have been involved in other unjustified attacks recently. The base is considered one of the most troubled in the entire U.S. military.

Iraq war veteran Jorge Gonzales was shocked by the murder of the Afghan civilians, but not by where the suspect is based.

"When I heard the soldier was from Joint Base Lewis-McChord, it was kind of like, it figures that he's from here," Gonzales said.

Gonzales runs a veteran owned coffee shop near the base where he often offers comfort to troubled soldiers. Lewis-McChord is home to 37,000 U.S. soldiers. Some at the base have had 4 or more combat tours in Iraq and Afghanistan.

This base has grappled with a series of high-profile incidents.

Four soldiers from Lewis-McChord were convicted in the 2010 thrill killings of three Afghan civilians. In January, a 24-year-old Iraq war veteran from here murdered a Park Ranger on Mt. Rainier. Since 2010, 26 Lewis-McChord soldiers have committed suicide.

"A lot of soldiers give up and we have cases of domestic violence and suicide. They just have no where else to turn and they thought the military would have their backs for life," Gonzales said.

Last month the head of the base medical center was placed on administrative leave for reversing the diagnoses of 285 soldiers who were told they had Post-Traumatic Stress Disorder.

"There have been allegations that it was for reasons of money, just being too expensive to take care of soldiers with Post-Traumatic Stress Disorder," said Megan McCloskey, who is reporting on the controversy for Stars and Stripes, the military's independent newspaper.

Members of Congress are now looking into allegations of how PTSD cases were handled at the base. Currently, around 5,000 soldiers from Lewis-McChord are deployed to Afghanistan.