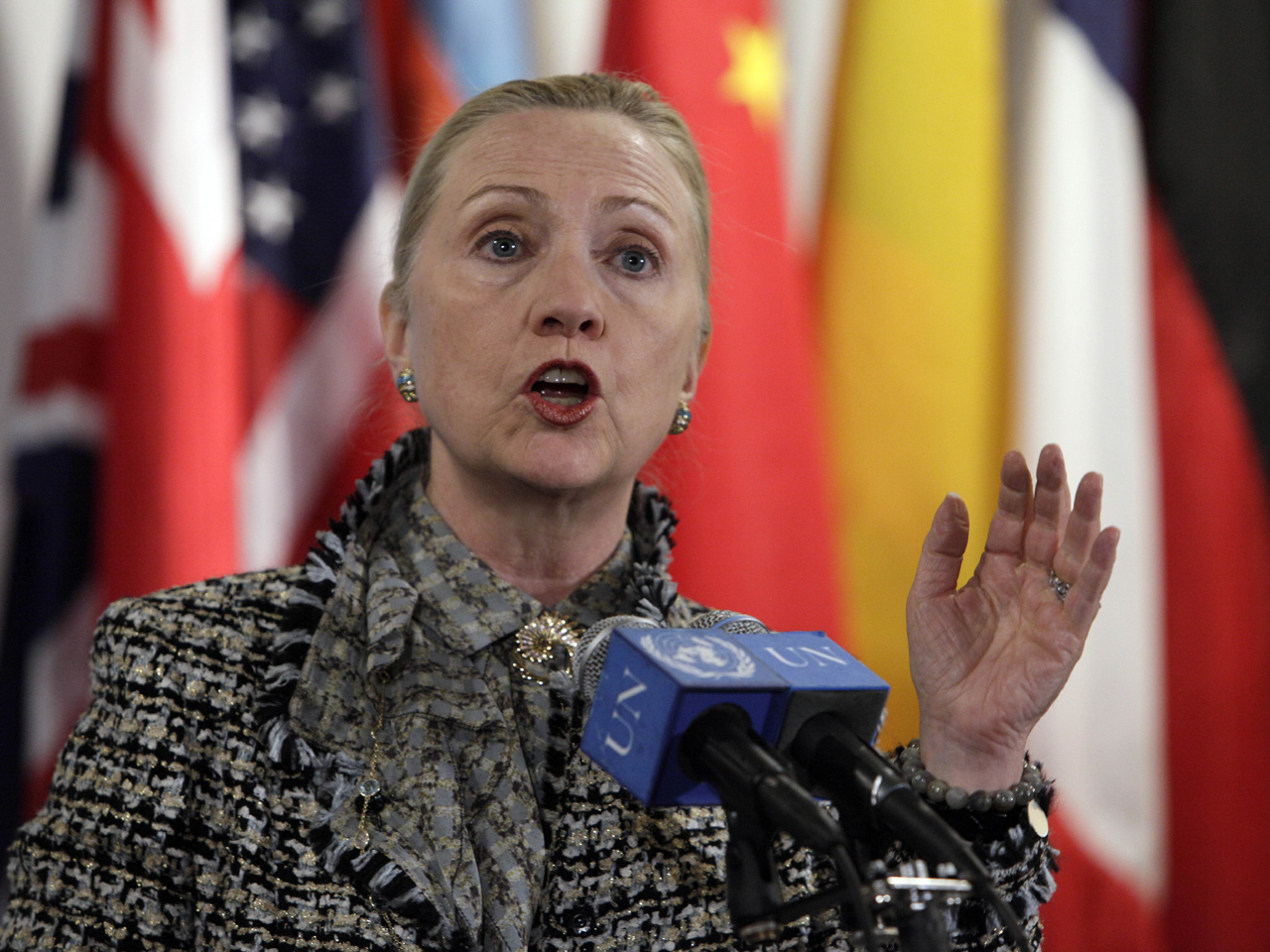 (CBS/AP) WASHINGTON - The Obama administration said Monday the war strategy in Afghanistan remains intact despite the mass killing of Afghan civilians on Sunday, allegedly by an American soldier. Secretary of State Hillary Rodham Clinton called the episode "inexplicable" but insisted it won't force the U.S. to change course.

"This terrible incident does not change our steadfast dedication to protecting the Afghan people and to doing everything we can to build a strong and stable Afghanistan," Clinton told reporters at the United Nations in New York.

Administration officials were reacting to the weekend massacre of 16 Afghan civilians, including nine children asleep in their beds. A U.S. staff sergeant is accused of wandering off his base to two nearby villages and shooting them in the middle of the night, burning some of the bodies.

Clinton said that a full investigation is underway, and a suspect was already in custody. "And we will hold anyone found responsible fully accountable," she said.

The incident occurred in the wake of the burning of Muslim holy books at an air base in Afghanistan, which was followed by attacks that killed six American service members.

Recognizing the difficult past few weeks in Afghanistan, the Secretary of State assured those in attendance that the U.S. has not changed their mission of protecting the Afghan people and doing anything they can to continue to help the nation become strong and stable.

White House press secretary Jay Carney said Washington and its NATO allies remain on course to hand over security control to the Afghans by the end of 2014. Carney said the pace of the troop withdrawal will depend on a variety of factors, but he would not say whether those include the weekend killings.

Carney would not say whether President Barack Obama believes the killings increase security risks for Americans in Afghanistan. The United States has about 90,000 troops in the country; that number is scheduled to drop to 68,000 by the end of September.

Little told reporters there is every indication that the killings were perpetrated by a single individual "acting on his own." He would not identify the soldier or provide other information about his unit.

Little said he could offer no explanation for how or why the killings took place. He said the soldier, now in custody, had served three tours of duty in Iraq, and this was his first tour in Afghanistan.

Little said the killing has had "no demonstrable impact at this stage" on the relationship with the Afghan military.

"This is having no impact on the war effort at this time," he said. "I'm stating the reality here. The reality here is that the fundamental strategy is not changing. There has been a series of troubling incidents recently, but no one should think that we are steering away from our partnership with the Afghan people, from our partnership with the Afghan security forces and from our commitment to prosecute the war effort."

While federal law enforcement and security officials say they see no immediate signs of any increased threat to the U.S. homeland following the recent killings of Afghan civilians, officials are closely monitoring developments and intelligence sources. As of now no new bulletins or advisories have been issued, but there is some concern over the potential for retaliatory strikes, especially against the U.S. and western targets overseas.

"We recognize that an incident like this is inexplicable and will certainly cause many questions to be asked. But I hope that everyone understands in Afghanistan and around the world that the United States is committed to seeing Afghanistan continue its move toward a stable, secure, prosperous, democratic state," Clinton said.