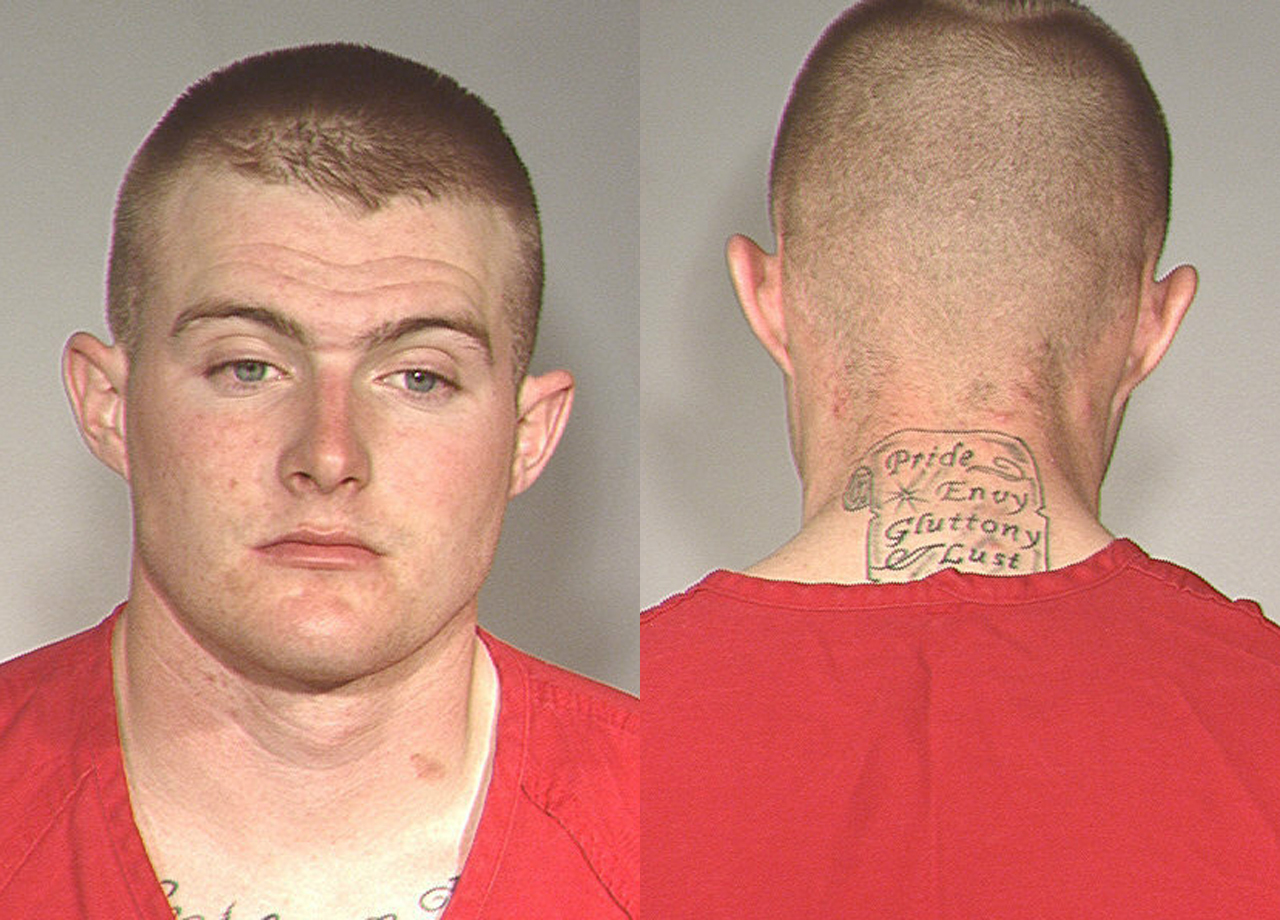 A plane searching the remote wilderness for Benjamin Colton Barnes, 24, on Monday discovered his body lying face down on the mountain hours from where authorities could get to him.

Barnes is believed to have fled to the remote park on Sunday to hide after an earlier shooting at a New Year's house party near Seattle that wounded four, two critically. Authorities suspect he shot ranger Margaret Anderson later Sunday.

SWAT teams more used to urban standoffs trekked deep into the backcountry, unfamiliar territory for them.

"We have SWAT team members with snowshoes on the side of a mountain," Pierce County Sheriff's spokesman Ed Troyer said. "This has never happened before."

Immediately after Sunday's shooting, police cleared out the park of visitors and mounted a manhunt.

Fear that tourists could be caught in the crossfire in a shootout with Barnes, who had survivalist training, prompted officials to hold more than a 100 people at the visitors' center before evacuating them in the middle of the night.

Barnes (seen at left in an undated photo), who was believed to be carrying a cache of weapons, has had a troubled transition to civilian life, with accusations he suffers post-traumatic stress disorder and is suicidal.

He was involved in a custody dispute in July, during which his toddler daughter's mother sought a temporary restraining order against him, according to court documents.

The woman told authorities he was suicidal and possibly suffered from post-traumatic stress disorder after deploying to Iraq in 2007-2008, and had once sent her a text message saying "I want to die."

She alleged that he gets easily irritated, angry and depressed and keeps an arsenal of weapons in his home. She wrote that she feared for the child's safety. Undated photos provided by police showed a shirtless, tattooed Barnes brandishing two large weapons.

In November 2011, a guardian ad litem recommended parenting and communication classes for both parents and recommending Barnes be allowed to continue supervised visits with the child, two days a week.

That visitation schedule was to continue until he completed a domestic violence evaluation and mental health evaluation and complied with all treatment recommendations.

Late Sunday police said Barnes was a suspect in another shooting incident.

On New Year's, there was an argument at a house party in Skyway, south of Seattle, and gunfire erupted, police said. Barnes was connected to the shooting, said Sgt. Cindi West, King County Sheriff's spokeswoman.

Police believe Barnes headed to the remote park wilderness to "hide out" following the Skyway shooting.

"The speculation is that he may have come up here, specifically for that reason, to get away," parks spokesman Kevin Bacher told reporters early Monday. "The speculation is he threw some stuff in the car and headed up here to hide out."

Anderson had set up a roadblock Sunday morning to stop a man who had blown through a checkpoint rangers use to check if vehicles have tire chains for winter conditions. A gunman opened fire on her before she was able to exit her vehicle, authorities say.

Before fleeing, the gunman fired shots at both Anderson and the ranger that trailed him, but only Anderson was hit.

Anderson would have been armed, as she was one of the rangers tasked with law enforcement, parks spokesman Kevin Bacher said. Troyer said she was shot before she had even got out of the vehicle.

The shooting occurred on an unseasonably sunny and mild day. The park, which offers miles of wooded trails and spectacular vistas from which to see 14,410-foot Mount Rainier, draws between 1.5 million and 2 million visitors each year. The park remained closed to visitors Monday.

Park superintendent Randy King said Anderson, a 34-year-old mother of two young girls who was married to another Rainier ranger, had served as a park ranger for about four years.

King said Anderson's husband also was working as a ranger elsewhere in the park at the time of the shooting.

"It's just a huge tragedy — for the family, the park and the park service," he said.

Adam Norton, a neighbor of Anderson's in the small town of Eatonville, Wash., said the ranger's family moved in about a year ago. He said they were not around much, but when they were Norton would see Anderson outside with her girls.

"They just seemed like the perfect family," he said.

The town of about 3,000 residents, which is a logging community overlooking Mount Rainier, is very close knit, he said.

"It's really sad right now," Norton said. "We take care of each other."

The shooting renewed debate about a federal law that made it legal for people to take loaded weapons into national parks. The 2010 law made possession of firearms subject to state gun laws.

Bill Wade, the outgoing chair of the Coalition of National Park Service Retirees, said Congress should be regretting its decision.

"The many congressmen and senators that voted for the legislation that allowed loaded weapons to be brought into the parks ought to be feeling pretty bad right now," said Wade.

Wade called Sunday's fatal shooting a tragedy that could have been prevented. He hopes Congress will reconsider the law that took effect in early 2010, but doubts that will happen in today's political climate.

Calls and emails to the National Rifle Association requesting comment were not immediately returned on Monday.

The NRA said media fears of gun violence in parks were unlikely to be realized, the NRA wrote in a statement about the law after it went into effect. "The new law affects firearms possession, not use," it said.

The group pushed for the law saying people have a right to defend themselves against park animals and other people.

Bacher, the parks spokesman, said surviving overnight in the open on Rainier is difficult, but not impossible for a person with gear and skills. He added that authorities wouldn't shed tears if Colton didn't survive.

"I don't think any of us would be sorry if he was not in a condition to fire on our searchers this morning," Bacher said.