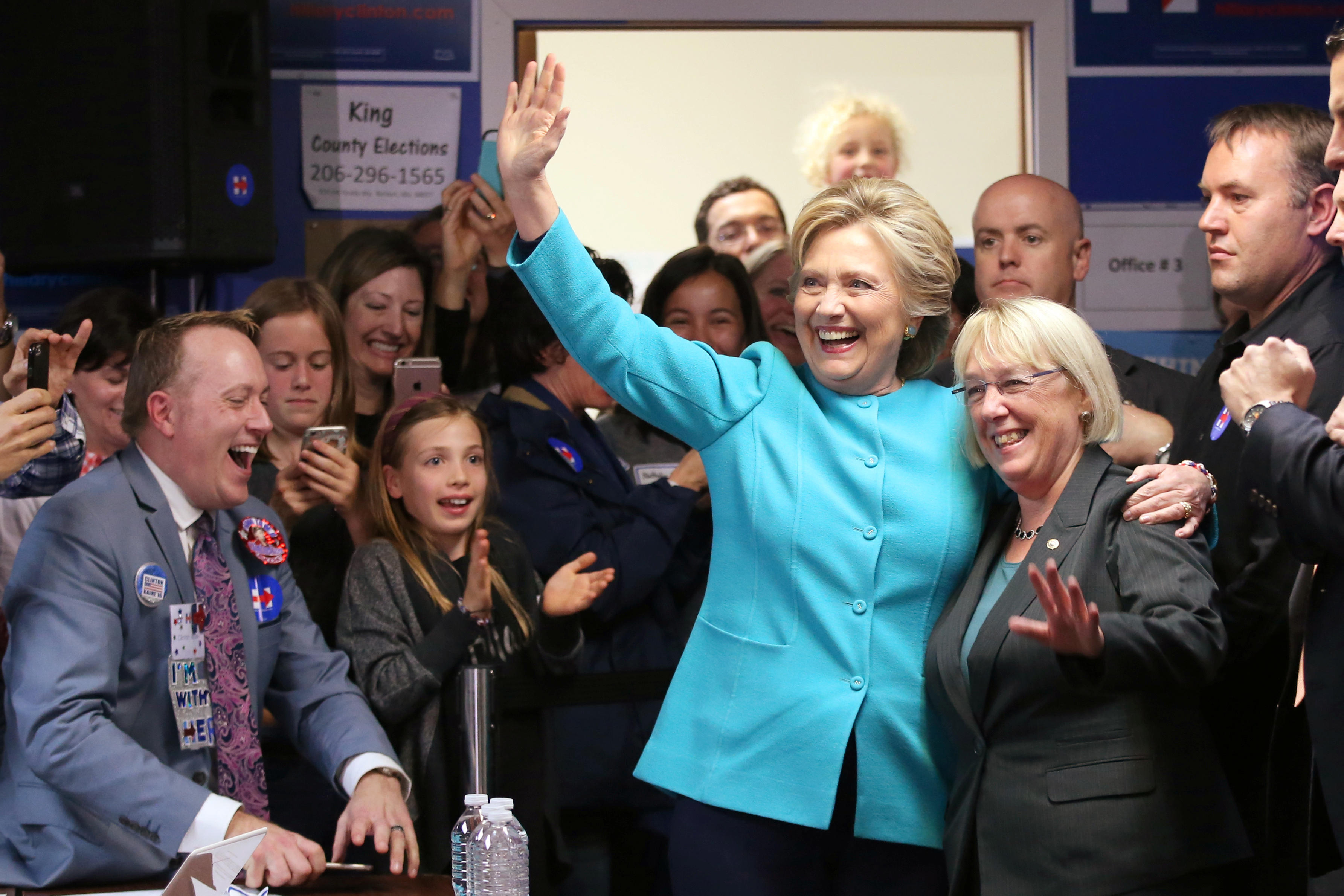 NEW YORK -- Hillary Clinton’s presidential campaign is launching a new, nationwide push to lock in women voters this weekend, in an effort to capitalize on startling and troubling claims being made about her opponent, Donald Trump.

The campaign will put on hundreds of events on Saturday and Sunday to contact women voters and commit them to vote, according to a press release, like “women-to-women phone banks” and canvasses. In four cities in Colorado, female Clinton supporters will gather for “organizing launch” events while, across many other battleground states, female surrogates like Anne Holton, Sen. Kristin Gillibrand and actress Connie Britton will get out the vote.

The move comes after the Washington Post released a recording of Donald Trump making lewd remarks about women, and multiple women have come forward to accuse the Republican nominee of making unwanted sexual advances toward them.

“This week has further shown just how high the stakes are for women in this election,” said Mini Timmaraju, the Clinton campaign’s women’s vote director. “Our campaign is mobilizing women disgusted by Trump to organize their communities and get out the vote for Clinton, either during early voting or on Election Day.”

Clinton, who is expected to be in New York over the weekend to prepare for the upcoming debate, said on Friday that she takes “absolutely no satisfaction in what is happening on the other side” with Trump.

“This election is incredibly painful,” she said at an impromptu stop at a field office in Seattle. “I am not at all happy about that because it hurts our country. It hurts our democracy. It sends terrible messages to so many people, here at home and around the world.”

Clinton told her supporters at a fundraiser earlier Friday that the “disturbing stories” about Trump “keep coming.”

The Clinton campaign’s stepped-up courtship of women voters also follows a speech by Michelle Obama in New Hampshire on Thursday, in which she spoke out forcefully against Trump. Clinton’s team quickly recognized the power of Obama’s words and sent out a text message to supporters soliciting low-dollar donations. A new tool designed by the campaign will allow phone-banking volunteers to join the “FLOTUS call team” this weekend.

“The speech that she gave, I think put into words what so many people are feeling,” Clinton told Ellen DeGeneres in an appearance on her show on Thursday. “And not just women and girls -- men and boys.”

The effort will extend to Republican women too, according to the campaign. The Trump tape, specifically, has led Clinton’s close aides to believe that many voters might now reconsider their vote for Trump and switch their support to Clinton, and she has made a concerted effort in recent days to speak directly to Independents and Republicans.

“I am tired of all the divisions and the barriers,” Clinton said Wednesday at a rally in Pueblo, Colo. “I want to bring people together across our party lines... I want to be the president, yes, for Democrats but also Republicans and Independents.”