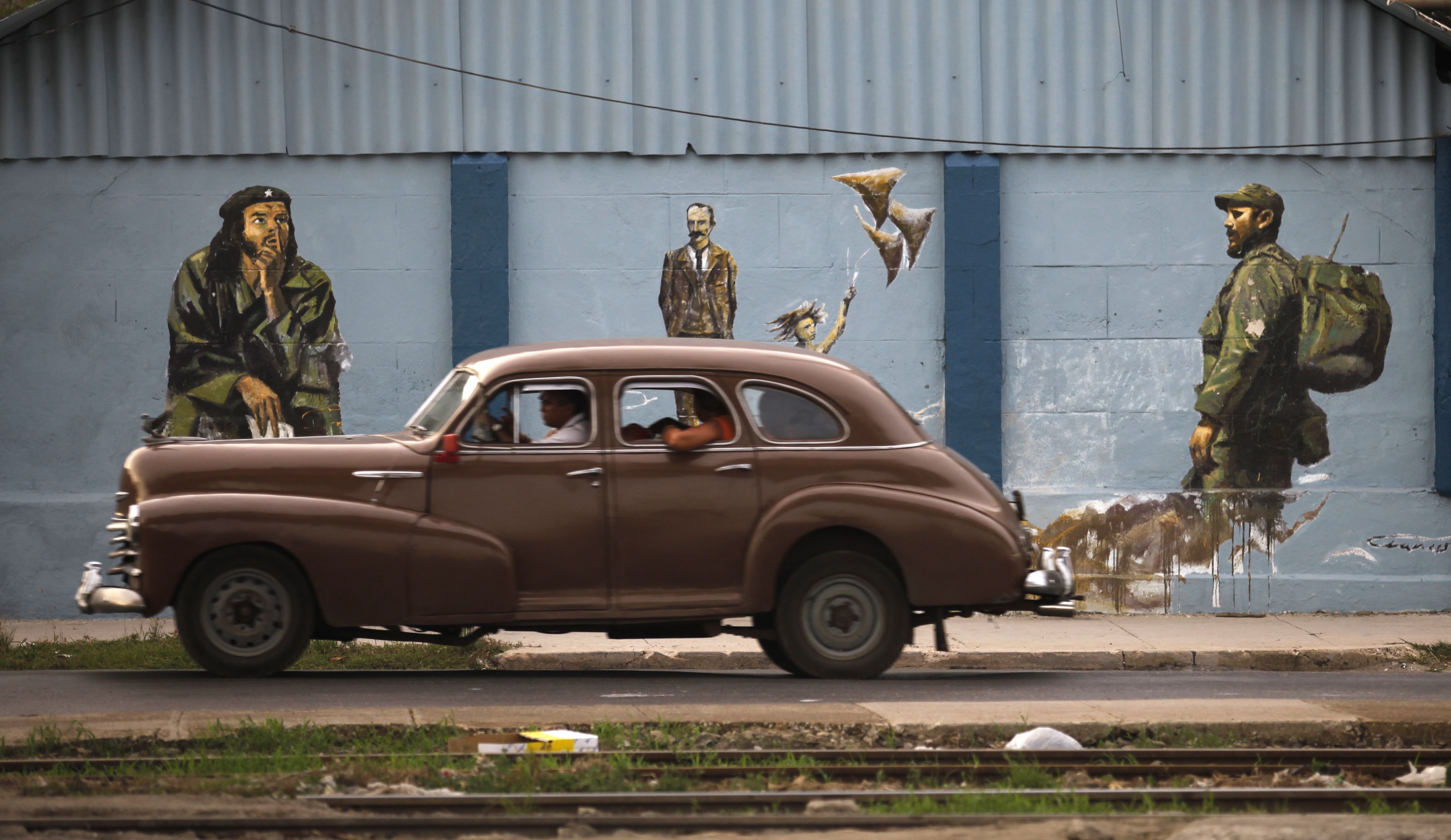 The surprise announcement Wednesday by President Obama that he would take the first steps in normalizing relations with Cuba provoked responses from the presidential field that mostly--but not entirely--fell along party lines.

Sen. Rand Paul, R-Kentucky, is the first of the possible Republican presidential candidates who had a positive response to the president's announcement, saying Thursday that the five-decade embargo "just hasn't worked."

"If the goal is regime change, it sure doesn't seem to be working and probably it punishes the people more than the regime because the regime can blame the embargo for hardship. In the end, I think opening up Cuba is probably a good idea," he said in a radio interview with Tom Roten of News Talk 800 WVHU in Huntington, West Virginia. Paul also said that younger Cuban Americans support trade with Cuba, and U.S. farmers see Cuba as a market for their crops.

Former Secretary of State Hillary Clinton also weighed in Thursday. In a statement, she expressed her relief that Alan Gross had been returned to the U.S. safely. Clinton added that when she was Secretary of State, she had pushed for Gross's release and kept in touch with his family. She also said, "I support President Obama's decision to change course on Cuba policy, while keeping the focus on our principal objective -- supporting the aspirations of the Cuban people for freedom."

Earlier this year, in an interview with Fusion that touched on Cuba, Clinton mused, "You know, some day I'd like to go to Cuba. I would someday, yes."

Sen. Ted Cruz, R-Texas, released a statement saying he's glad Gross's imprisonment has come to an end, but "the agreement the Obama Administration has entered into with the Castro regime has done nothing to resolve the underlying problem. Indeed, it has made it worse." He went on to say that Mr. Obama's action gives the Castros international legitimacy and a "badly-needed economic lifeline," even while they still "remain in control of a totalitarian police state modeled on their old state sponsor, the Soviet Union." And, he said, they still maintain their ties with Russia, Iran, North Korea and Venezuela, and "will continue their support for terrorist organizations from FARC to Hezbollah and Hamas."

Former Florida Gov. Jeb Bush, a Republican who is actively exploring a run for the presidency, posted his response on Facebook, calling the president's decision to restore relations with Cuba "the latest foreign policy misstep by this President, and another dramatic overreach of his executive authority."

"It undermines America's credibility and undermines the quest for a free and democratic Cuba," he added. Bush said the U.S. should instead be aiding efforts that would result in a legitimate democracy in Cuba. And while he did celebrate Gross's release, Bush said the releasing of the three convicted Cuban spies was "unfortunate."

Bush's fellow Floridian, Republican senator and Cuban-American Marco Rubio shared his sentiments, calling the new policy "just the latest in a long line of failed attempts by President Obama to appease rogue regimes at all cost." Like all the potential candidates, Rubio rejoiced at Gross's return but criticized the release of convicted Cuban spies at the same time. He said, "Cuba, like Syria, Iran, and Sudan, remains a state sponsor of terrorism" that traffics weapons in the Western hemisphere and "colludes with America's enemies." And he promised to use his role as chairman of a foreign relations subcommittee to block the President's normalization efforts.

Louisiana Gov. Bobby Jindal, a Republican, said the move "shows the President has no strategy for leading on an international stage," and warned that "negotiations like these confuse our friends and reward our enemies. Ruthless dictators like Assad, Putin and Castro think Obama is an easy mark and will be sorry to see him go." Jindal also said that beginning to normalize relations with Cuba "is a disservice to those in Cuba who wish to be free and who live in fear of a dictatorial regime."

Former Republican Pennsylvania Sen. Rick Santorum, said he opposed normalizing trade with Cuba and was "extremely concerned with how his release was negotiated." He called the president's foreign policy actions "reckless and not in our nation's best interest."