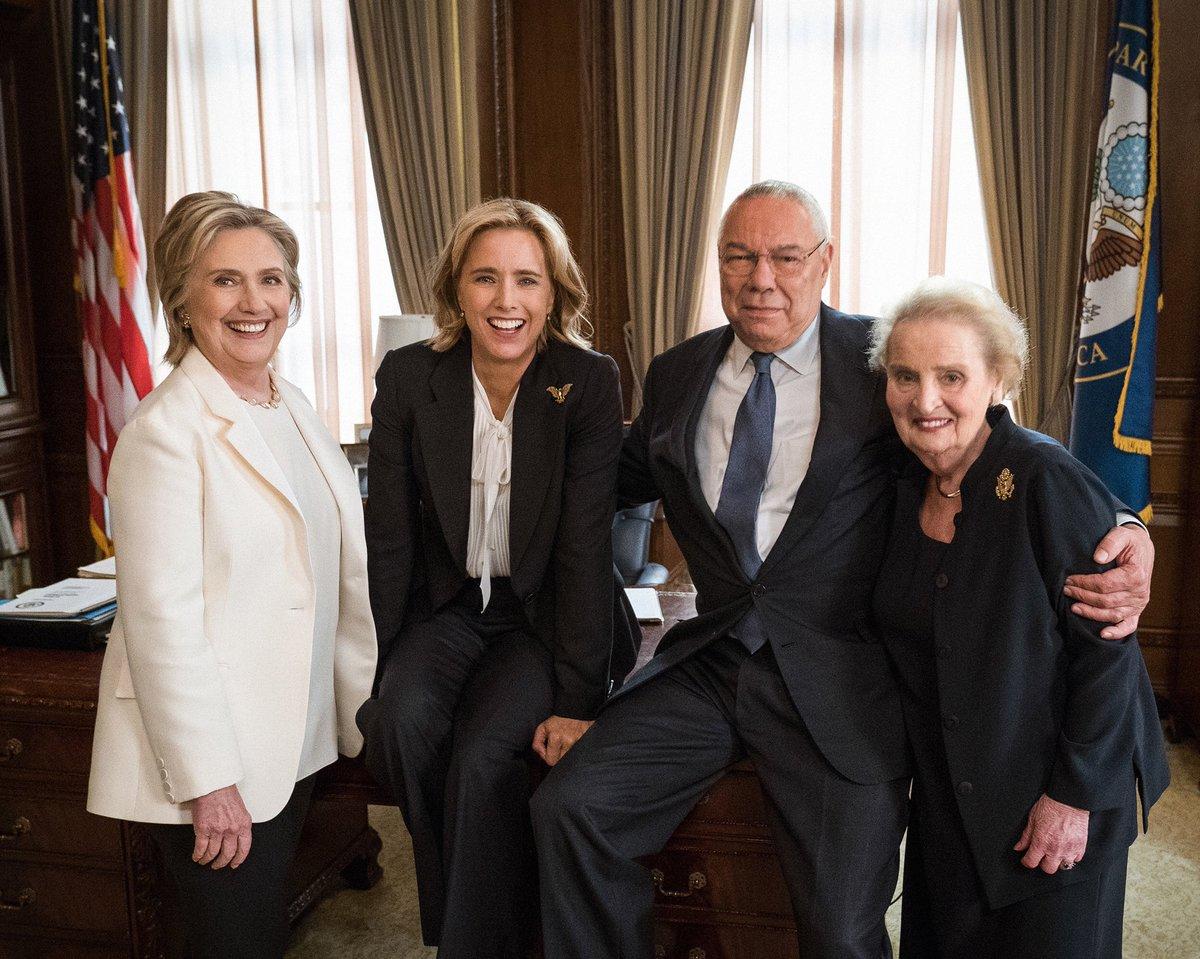 Fictional Secretary of State Elizabeth McCord is about to get help from some very powerful friends on "Madam Secretary." Former Secretaries of State Hillary Clinton, Madeleine Albright and Colin Powell are set to appear on the CBS drama's fifth season premiere on October 7.

McCord, played by star Tea Leoni, will seek advice from the secretaries on the show.

For Albright, it marks an encore performance. She appeared on the show during its second season.

"It was great to be back back on the set of @MadamSecretary with @tealeoni," Albright tweeted on Tuesday, sharing a photo of herself with Clinton, Powell and Leoni. "It is always nice to consult with my successors."

Clinton also tweeted that she enjoyed spending time on the show's set.

It's not too surprising that Clinton and Albright are guest-starring in the series. Last fall, executive producer Morgan Freeman told "CBS This Morning" that they are both fans of the show.

"Madam Secretary" premiered in 2014. It follows McCord, the shrewd and ambitious secretary of state, as she navigates international and national issues -- at the White House and at home.

"Madam Secretary" returns to CBS on Sunday, October 7, at 10 p.m. ET. Catch up on the last four seasons on CBS All Access.