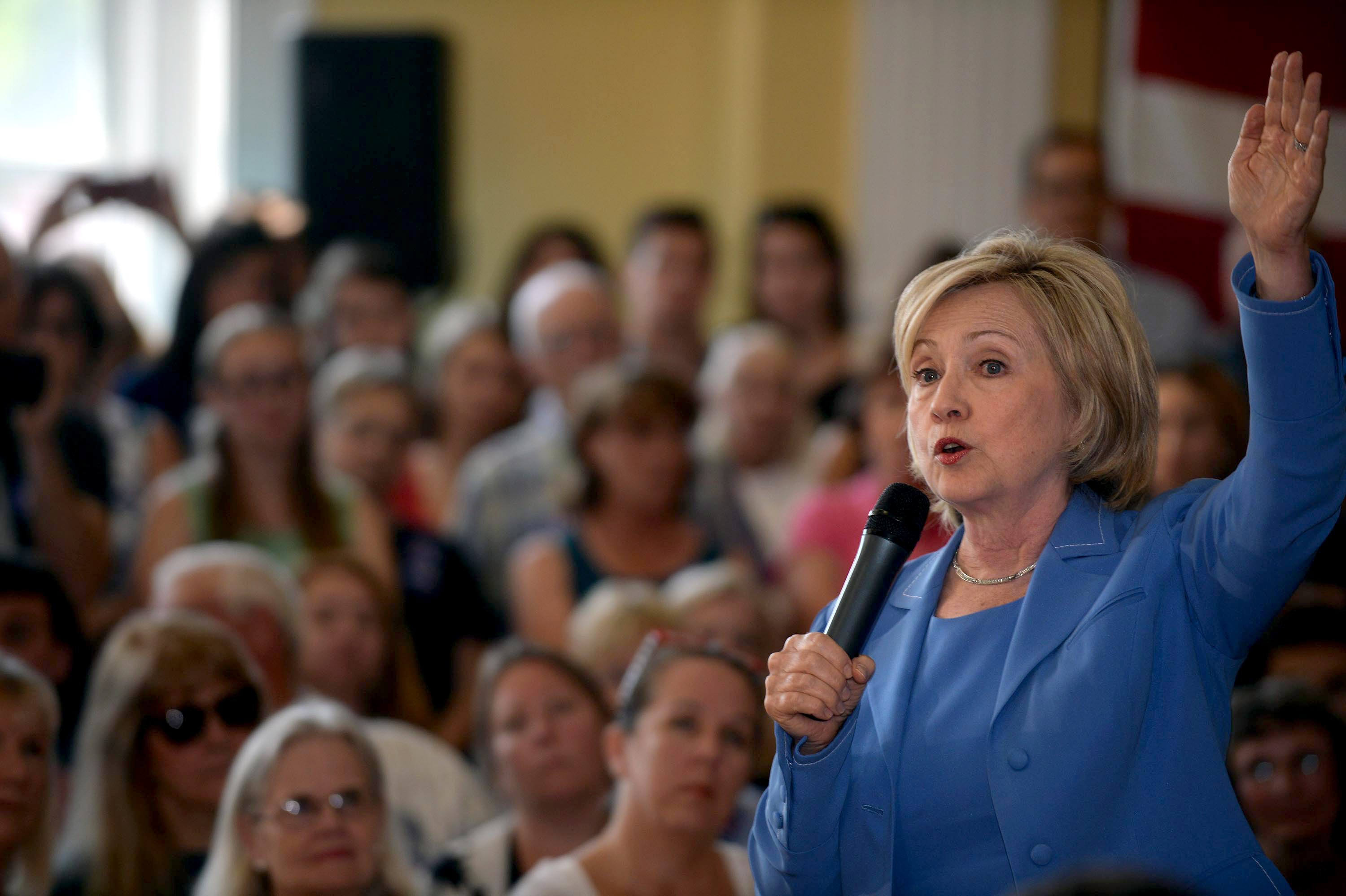 Before Hillary Clinton put 18 million cracks into the "highest, hardest glass ceiling," she ran smack into one at NASA, the presidential candidate recalled at a New Hampshire town hall meeting on Thursday.

"You are talking to someone who wanted to be an astronaut," Clinton said when asked about her support for funding space exploration. As a young teenager, Clinton said she wrote to NASA. She said they wrote back, "Thank you very much, but were not taking girls."

Clinton added, "To be fair, I couldn't have qualified anyway."

The Democratic candidate has shared this anecdote before, and some have expressed skepticism about its veracity. Still, as CBS News' Michelle Miller reported in 2013, women were very deliberately excluded from NASA programs in the 1960's.

Clinton said Thursday she doesn't hold any hard feelings against NASA, arguing that funding space programs is a "good investment."

"I personally believe it is one of America's advantages, translating research to commercial and economic activities," she said. "We're at the brink of all kinds of new information. Let's not back off now."