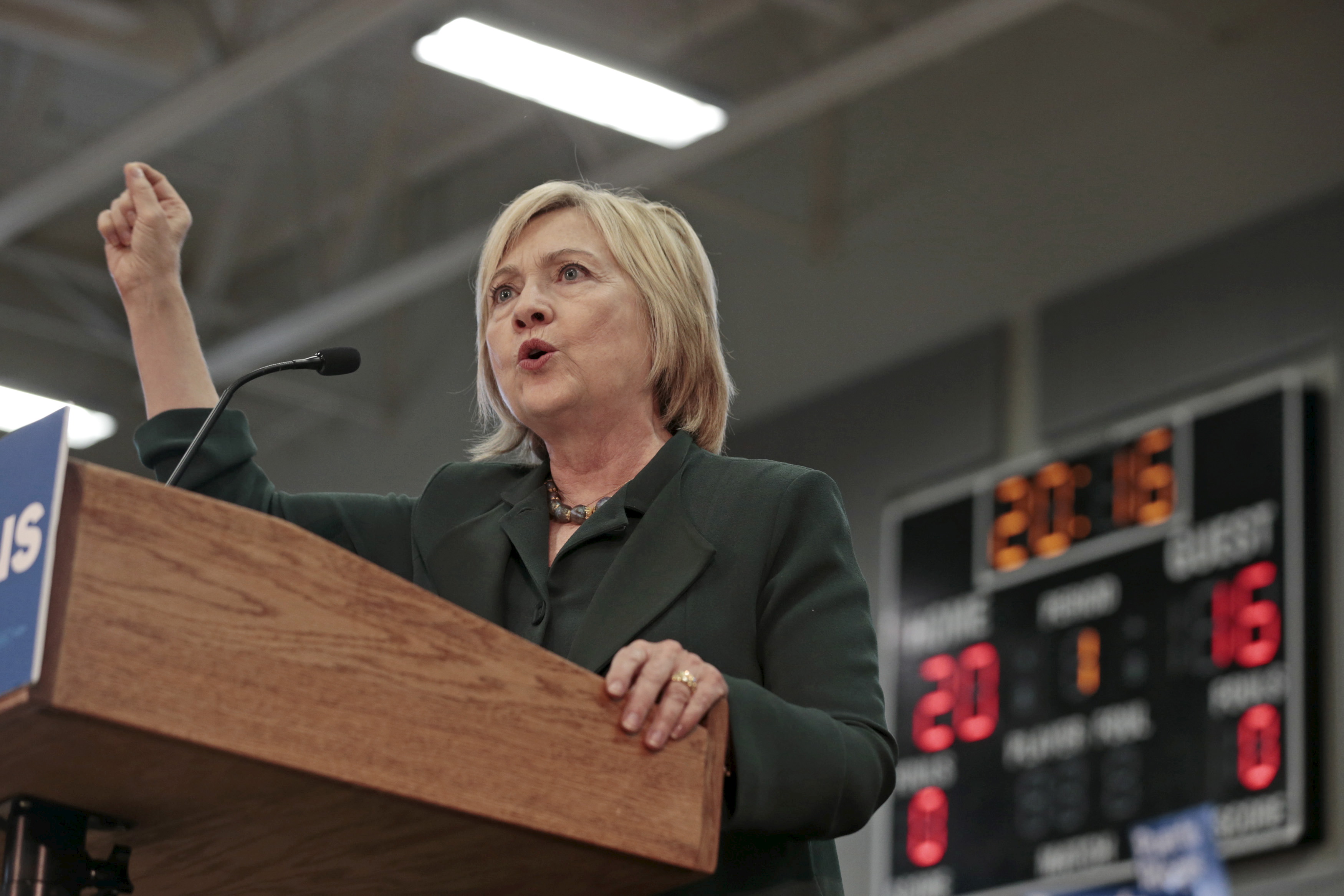 ORLANDO, Florida - Hillary Clinton made her fourth campaign stop in Florida on Wednesday and, at the top of her remarks, she explained why.

"The reason for coming is not just the weather," she said, speaking to a crowd of hundreds gathered in at a recreation center in the Meadow Woods neighborhood of Orlando. "It's because Florida is so much a symbol of America: diverse, dynamic, optimistic."

Clinton added that the "diversity" of Florida's population sends a "strong message."

"We are a nation of immigrants," she said.

Florida is expected to be a battleground state in next year's election and the Hispanic population in the state is growing, in both size and influence. In particular, Florida is home to more than a million Hispanics of Puerto Rican origin. That's more than double the state's Puerto Rican population in 2000, according to the Pew Research Center. Many Puerto Ricans who live in Florida have settled in the Orlando area.

Clinton made a campaign stop in Puerto Rico in early September meet with members of the healthcare community and, on Wednesday, she re-emphasized her commitment to the island territory.

"Anybody who wants to be president should give attention to Puerto Rico," she said, "and should remind our fellow Americans: Puerto Ricans are American citizens."

Royal blue signs that read "Puerto Ricans for H" and "Latinos for H" dotted the crowd and, as the program began, a guitarist strummed a cover of the popular song "Bailando" in Spanish.

"It would mean a lot for my first vote to really count toward making history," Rios said, adding that she supports Clinton's plan to make college more affordable. Her father chimed in then, saying he agreed, since he will be footing the bill for Rios' education.

Rios said that she and her young Hispanic peers see Clinton as more "relatable" than Bernie Sanders. Sanders, whose support with minorities trails Clinton's, announced on Tuesday a new "Latino Leadership Committee" in Iowa, a group of 20 Latino activists and community leaders who have thrown their support behind him.

Clinton went on, later in her remarks, to criticize the candidates on the Republican side of the race for trying to one up each other with "the most offensive and insulting comments."

"They have insulted Latinos, women, Muslims," she said. "They are determined to absolutely insult everybody before this is over. They are out-Trumping Trump."

As Clinton was speaking, a small group of protestors in the front of the crowd, holding black signs that together read "show us your immigration plan," started to heckle her.

Esteban Garces, who said after Clinton's remarks concluded that he was a member of La Familia Vota, said he wants to hear more specifics on Clinton's plan to provide healthcare and in-state tuition for undocumented immigrants living in the United States.

Clinton laid out her immigration policy proposals early in her campaign, but did not go into detail in her remarks here.

"I'm fighting for an America where we lift each other up again," she said. "When families are strong, America is strong. That means keeping immigrant families together, that means giving them a real path to citizenship."