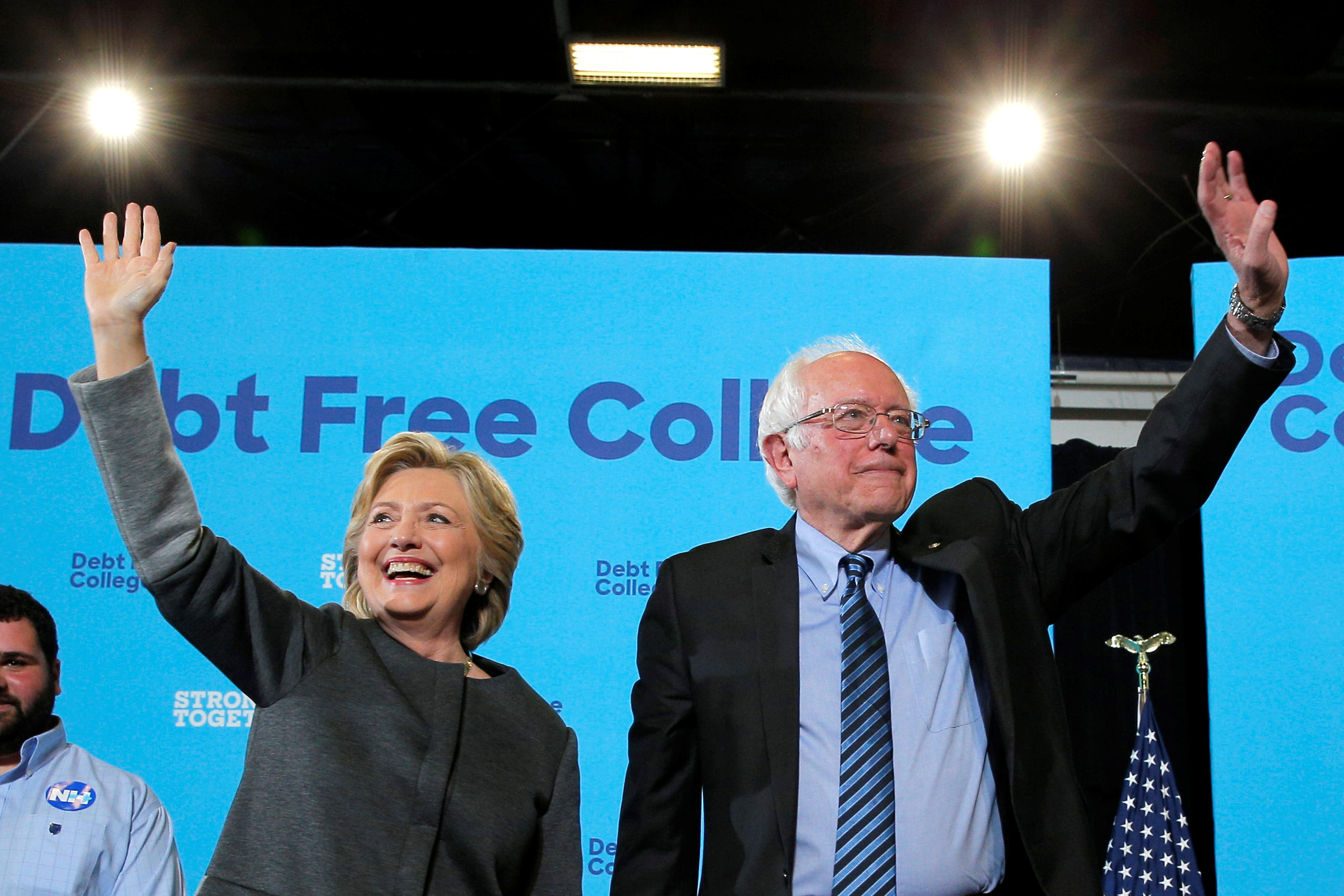 A leaked audio recording of Hillary Clinton at a February fundraiser shows the Democratic presidential candidate had once painted a wide swath of Bernie Sanders supporters as idealists “new to politics completely” who are “living in their parents’ basement” -- though she stressed at the time the need to understand their frustrations with the economy.

“They’re children of the Great Recession. And they are living in their parents’ basement,” Clinton says in the audio clip, first published by the Washington Free Beacon earlier this week. “They feel that they got their education and the jobs that are available to them are not at all what they envisioned for themselves. And they don’t see much of a future.

“That is a mindset that is really affecting their politics,” she noted, speaking to donors at a private event in McLean, Virginia. “If you’re feeling like you’re consigned to, you know, being a barista, or you know, some other job that doesn’t pay a lot, and doesn’t have much of a ladder of opportunity attached to it, then the idea that maybe -- just maybe -- you could be part of a political revolution is pretty appealing.”

Still, Clinton, who was scrambling for the Democratic nomination in a bitter primary fight with Sanders at the time, emphasized the need to appeal to such voters.

“We should try to do the best we can not to be a wet blanket on idealism -- you want people to be idealistic, you want them to set big goals -- but to take what we can achieve now and try to present them as bigger goals,” she added.

Clinton then pointed to the Affordable Care Act as a “big deal” accomplishment, further directing attention to some of her own idealistic goals, including those on climate change and energy infrastructure.

In one portion of the recording, Clinton contrasted Sanders supporters to those in the Republican camp.

“There is a strain of, on the one hand, the kind of populist, nationalist, xenophobic, discriminatory kind of approach that we hear too much of from the Republican candidates,” she said. “And on the other side, there’s just a deep desire to believe that we can have free college, free health care, that what we’ve done hasn’t gone far enough and that we just need to, you know, go as far as, you know, Scandinavia, whatever that means, and half the people don’t know what that means, but it’s something that they deeply feel.”

Rival Donald Trump jumped on the hacked audio, using it as an attack line to draw Sanders supporters to his side:

But while the remarks sparked some backlash over the broad brush Clinton used to characterize Sanders backers, Clinton’s campaign defended the comments.

Casca chastised a Politico story that he said was “clearly misleading” and noted that in the audio, Clinton is “clearly saying she gets why bernie’s supporters are frustrated.”

Another Clinton campaign spokesman, Glen Caplin, responded with a lengthier defense of his candidate.

“As Hillary Clinton said in those remarks, she wants young people to be idealistic and set big goals. She is fighting for exactly what the millennial generation cares most about -- a fairer more equal, just world,” Caplin wrote in a statement. “She’s inspired by the optimism and the drive of this generation and Sanders supporters across the country -- and they’ve helped her craft and promote the most progressive platform in Democratic party history.”

Sanders, for his part, has wholeheartedly embraced Clinton as the Democratic presidential nominee, even serving as her surrogate on the campaign trail.

Earlier this week, Clinton held a joint rally with the independent senator in New Hampshire, pitching millennial voters with her college tuition plan.

On Wednesday at the Durham event, Sanders praised Clinton’s plan -- which calls for making public colleges and universities tuition-free for families earning less than $125,000 a year --  “revolutionary.”

“When you have Republicans telling us that it is OK to give tens and tens of billions of dollars in tax breaks to the richest people in this country, do not tell me that we cannot afford to make public colleges and universities tuition-free,” he said.