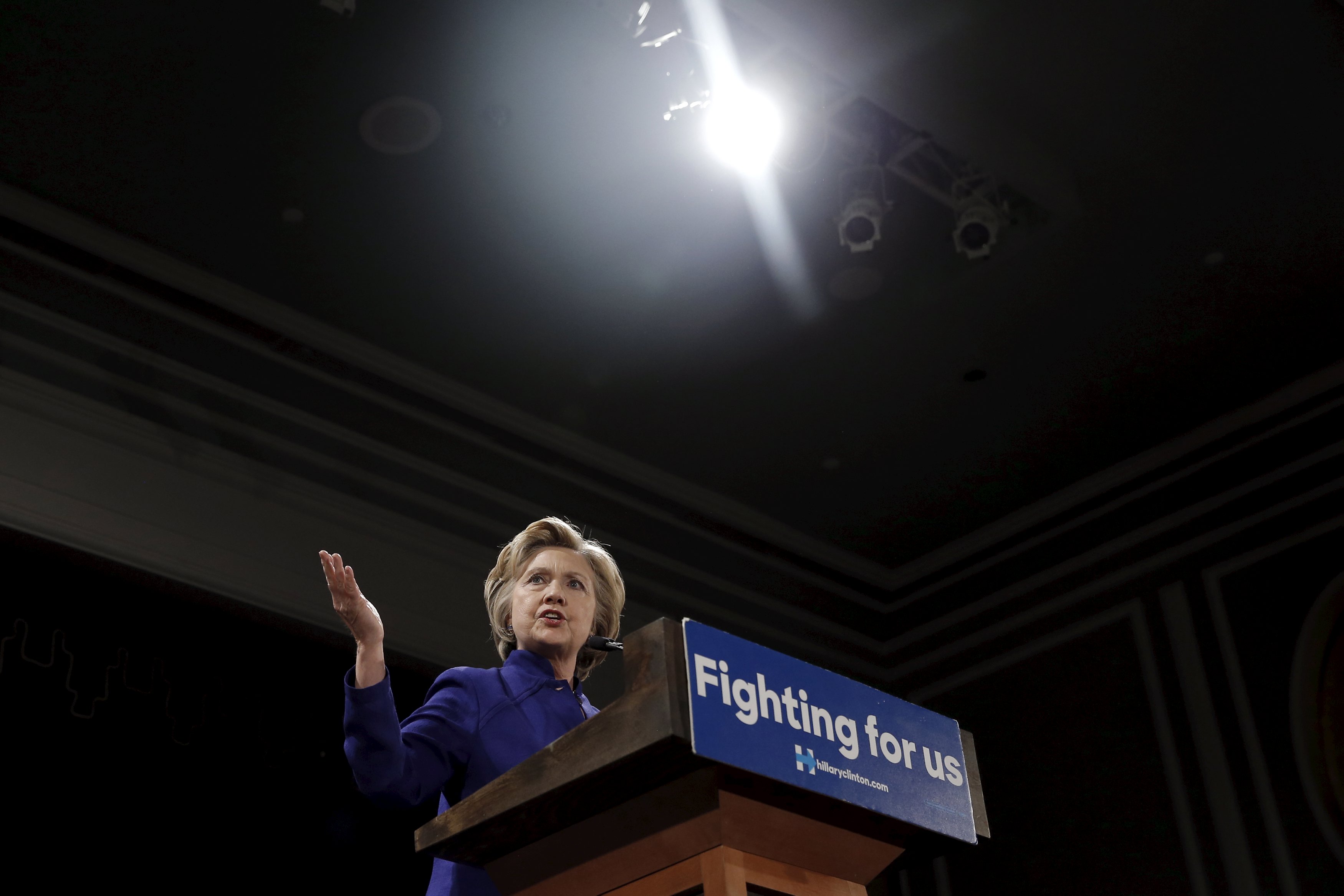 Tuesday's New York primary could go a long way to helping cement Hillary Clinton's path to victory in the Democratic primary--and Clinton even said Monday that she could "wrap up" the nomination as a result.

"I am hoping to do really well tomorrow, I am hoping to wrap up the Democratic nomination," she said, to applause, at an LGBT phone bank near the West Village, according to a pool report.

She quickly clarified, "But, but but--I am not taking anything for granted," she said. "I have to quickly add that before anyone has the wrong impression."

Earlier Tuesday, Clinton told a group of reporters at another campaign stop in New York that she would "never count any chickens before they hatch" when it comes to results from the state's primary, or about the nomination fight more broadly.

According to CBS News' latest count, Clinton has 1,755 delegates of the 2,383 required to win the nomination, including superdelegates; her opponent, Vermont Sen. Bernie Sanders, has 1,060. Polling in New York finds Clinton with a low double-digit lead there over Sanders.