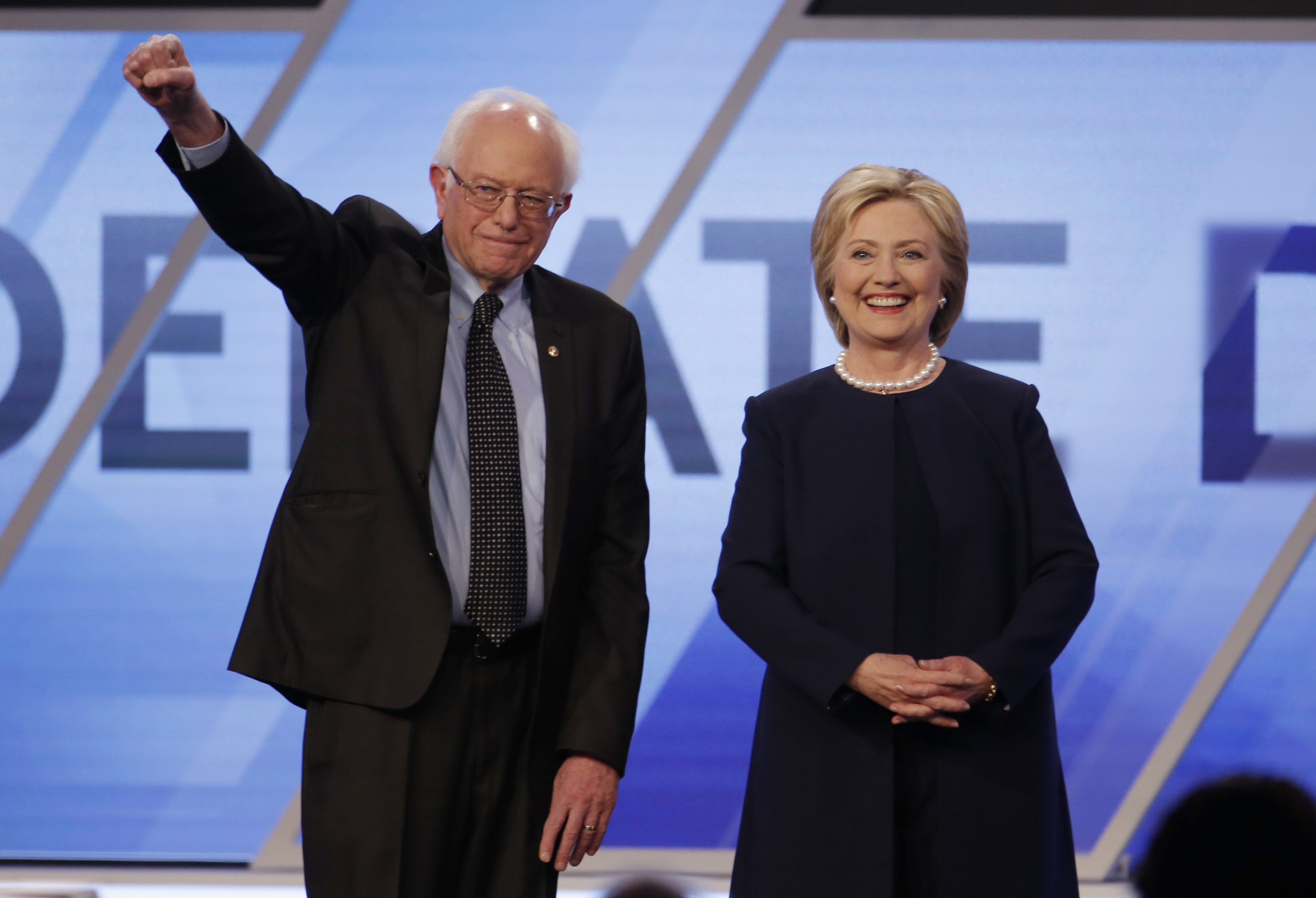 With just 9 contests to go, the Democratic primary between Hillary Clinton and Bernie Sanders is reaching its final weeks--but as the end gets closer, Sanders is intensifying, rather than softening his rhetoric against the front-runner.

He has railed against the primary process, calling it "dumb" and suggesting the Democratic Party is not playing fair when it comes to his campaign. After months of saying he did not consider Clinton's private email server to be a campaign issue, Sanders said on Sunday that voters and Democratic delegates should take a "hard look" at a new report criticizing Clinton for her email use.

And after Sanders supporters disrupted the Nevada Democratic state convention in mid-May, causing security to end the event early and sending death threats to the state party chairwoman, Sanders didn't call his supporters off--instead he added fuel to the fire, issuing a statement saying Nevada's party leadership "used its power to prevent a fair and transparent process from taking place."

Since then, he's also called for the ouster of Democratic National Committee Chairwoman Debbie Wasserman Schultz and has even started raising money for her primary opponent. Over the weekend, he also demanded that Connecticut Gov. Dannel Malloy and former Massachusetts Rep. Barney Frank be removed from top DNC convention committee positions. Both are Clinton supporters. The DNC on Saturday dismissed the complaint, according to the Wall Street Journal, because party rules were not violated in their selection.

As Clinton has noted, she was in the same position eight years ago: in May 2008, it was becoming clear that mathematically she couldn't win against then-Sen. Barack Obama. Though she won some big states later on the calendar, Pennsylvania and Indiana among them, Clinton was too far behind in the delegate count to catch up to Mr. Obama. But as Democrats contend with the question of party unity in 2016, how does the Clinton-versus-Sanders race compare to the way things wound down between Clinton and Mr. Obama in 2008?

Clinton's allies say that when it became clear she wouldn't be able to win the nomination that year, she began pulling back her attacks on Obama and shifting to a more positive tone. Earlier in the year, the primary had its nasty moments: Obama told Clinton on a debate stage that she was "likable enough;" Bill Clinton said during the South Carolina primary that Obama's campaign was "the biggest fairy tale I have ever seen." And there was Clinton's famous 3 a.m. phone call ad, which suggested implicitly that Obama wasn't ready to handle big national security crises.

"This was in a race where Obama never led by more than 120 pledged delegates--Hillary leads by 300 pledged delegates," said longtime Clinton supporter Paul Begala, who now advises the pro-Clinton super PAC Priorities USA. "And yet the two of them, they called a truce--they spent the rest of the campaign talking about the Republicans and getting votes registered. This was critical because in some of these primaries, as many as 50 percent of Hillary voters said they could never vote for Obama."

Looking back at her speeches, that's even clear in early May--though she still suggests she has a path to victory, her language became fairly conciliatory toward Obama.

"I can assure you, as I have said on many occasions that no matter what happens, I will work for the nominee of the Democratic Party, because we must win in November," she said in early May, the night she won the Indiana primary and Mr. Obama won North Carolina. "And I know that Senator Obama feels the same way, because we have been on this campaign trail now for a long time. And we know how desperately people want to see a change, and it will not be a change if the Republicans keep the White House."

Until the final days of the primary, Clinton maintained that the race was close and she had a chance of winning--she noted frequently that she was slightly ahead in the popular vote at times, and that the delegate gap between her and Mr. Obama was not insurmountable.

"There are many who wanted to declare a nominee before the ballots were counted or even cast. Some said our campaign was over after Iowa, but then we won New Hampshire," she said. "Then we had big victories on Super Tuesday and in Ohio and Texas and Pennsylvania, and of course, we came from behind to win in Indiana. So, this race isn't over yet."

In a mid-May interview with CNN, Clinton was asked about exit polling showing many of her supporters would vote for GOP nominee John McCain over Mr. Obama. She quickly said, as Sanders has this year, that her primary opponent would undoubtedly be a better choice than the Republican nominee.

"I just have to say as strongly as I can ... that that would be a terrible mistake," she said, adding that she would "work [her] heart out" for the eventual nominee, even if it wasn't her. "Anybody that has ever voted for me or voted for Barack has much more in common in terms of what we want to see happen in our country and in the world with the other than they do with John McCain."

The late primaries weren't entirely without controversy, however: in late May, Clinton noted that her husband didn't clinch the nomination until June of 1992, and added that "we all remember Bobby Kennedy was assassinated in June in California."

She later had to apologize for the statement, saying she regretted if "referencing that moment of trauma for our entire nation and in particular the Kennedy family was in any way offensive."

Speaking to ABC News around that same time, she suggested the end for her campaign was near but not quite there yet. Still, unlike Sanders, Clinton was suggesting she would remain in the race until all states had voted--not all the way through the Democratic convention in the summer.

"Like everything in life, there is an endpoint. We're not there yet, but, uh, it will be reached," she said in that interview. "But to ask someone, uh, to stop, when it's so close, seems to defy political history, or human nature. I've never heard of such a thing going on."

Finally, after South Dakota and Montana, the last states to vote on June 3, Clinton's rhetoric clearly suggested she was leaning toward exiting the race. She officially endorsed Mr. Obama four days later.

"I want to start tonight by congratulating Senator Obama and his supporters on the extraordinary race that they have run. Senator Obama has inspired so many Americans to care about politics and empowered so many more to get involved," she said on June 3. "And our party and our democracy is stronger and more vibrant as a result. So we are grateful. And it has been an honor to contest these primaries with him, just as it is an honor to call him my friend."