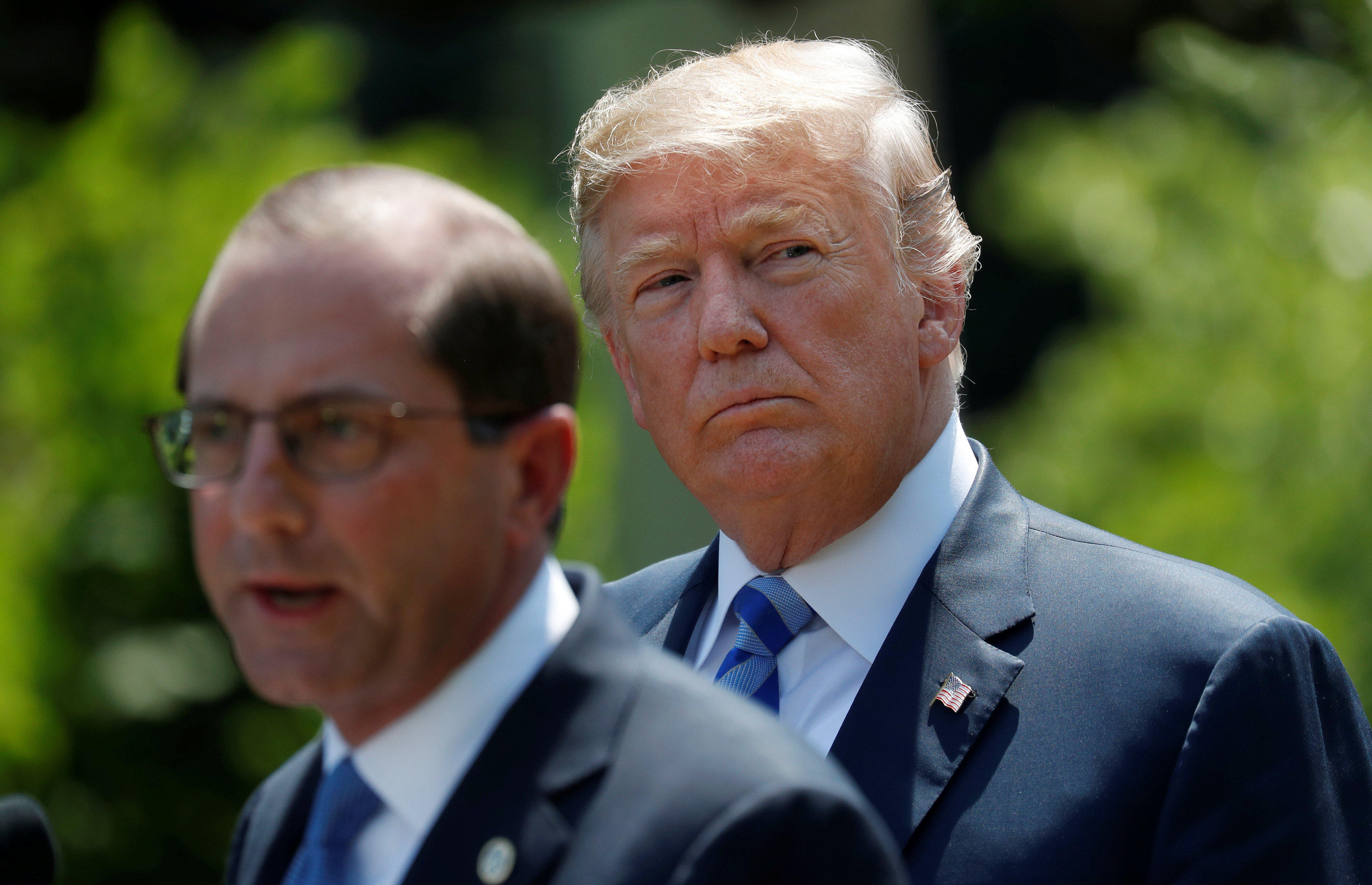 Health and Human Services secretary Alex Azar said Tuesday that "several hundreds" of children placed in migrant shelters have been placed in the custody of their parent or relative.

The children represent a fraction of the almost 2,300 children separated from their families at the border. Azar said that, as of Monday night, 2,047 children still remain in HHS custody following President Trump's executive order ending family separation last week.

Azar explained the process for reunification of families to members of the Senate Finance Committee during a hearing intended to discuss rising prescription drug prices. However, senators on both sides of the aisle took the opportunity to question Azar about the crisis at the border.

Azar said the forcible separation of families would not completely end until Congress passes legislation eliminating the Flores settlement, which is a 1997 court order that mandates children can only be held in immigration detention with their parents for 20 days. Azar said Mr. Trump shares his goal of reunifying families "as soon as Congress passes a change or if those parents complete their immigration proceedings."

Azar said the reunification process is identical to the way HHS handles unaccompanied minors. The department conducts criminal background checks on each parent and confirms parentage before releasing the child into his or her custody in order to avoid placing children with human traffickers or smugglers, Azar said.

"That's the process with any child in our care," Azar said.

Sen. Bob Casey, D-Pennsylvania, voiced concerns regarding potential the for adverse health effects on the separated children. Casey said only an end to the "zero tolerance" policy would bring a stop to family separation.

In response, Azar said HHS provides mental and medical health care for children in shelters, adding that the situation is "not desirable."

"Listen, at the up front, if the parents didn't bring them illegally this never would have happened. We are where we are in terms of once they're separated," Azar said. "We want to reunite them. If Congress will get rid of the 20-day ban on family unification, we will act so quickly to get those kids back with their parents."