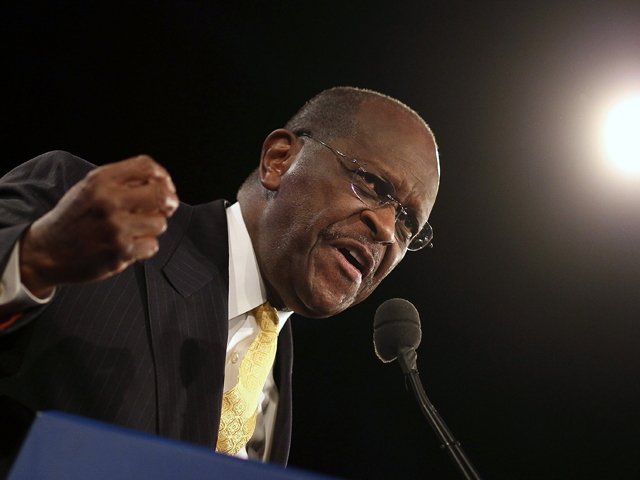 House Republicans are insisting that emergency relief funding to aid natural disaster victims should be offset by cuts elsewhere in government spending, but Republican presidential candidate Herman Cain said Monday that Congress should just pass the funding and find a way to pay for it later.

"There's plenty of money in Washington, D.C. to offset anything that we need to spend on FEMA," Cain said on CNN Monday. "I would make sure that FEMA got the money that it needed, and if I have to go find the offsets later, find it later."

Congress is deadlocked over a budget bill that would keep the government funded through Nov. 18 because Republicans and Democrats can't agree on whether to offset new funding for the Federal Emergency Management Agency. Both parties want to provide at least about $3.7 billion for FEMA disaster aid, but Republicans want to offset that with cuts to a renewable energy grant program. Democrats say the cuts could cost the U.S. thousands of jobs.

The Senate is set to vote Monday night on a bill similar to one passed in the GOP-led House but without the offsets. If Congress can't reach a deal by Sept. 30, the government shuts down.

Adding to the sense of urgency is FEMA's suffering disaster relief fund, which took a heavy hit after Hurricane Irene, Tropical Storm Lee, and several other costly natural disasters across the country. The disaster relief fund has just $114 million left in it, the Associated Press reported Monday, which should be enough money to last until this Thursday -- two days longer than earlier predicted.

Blaming both parties for the deadlock, Cain said on CNN that Congress should "stop playing with people's tragedies," and pass the FEMA funding.