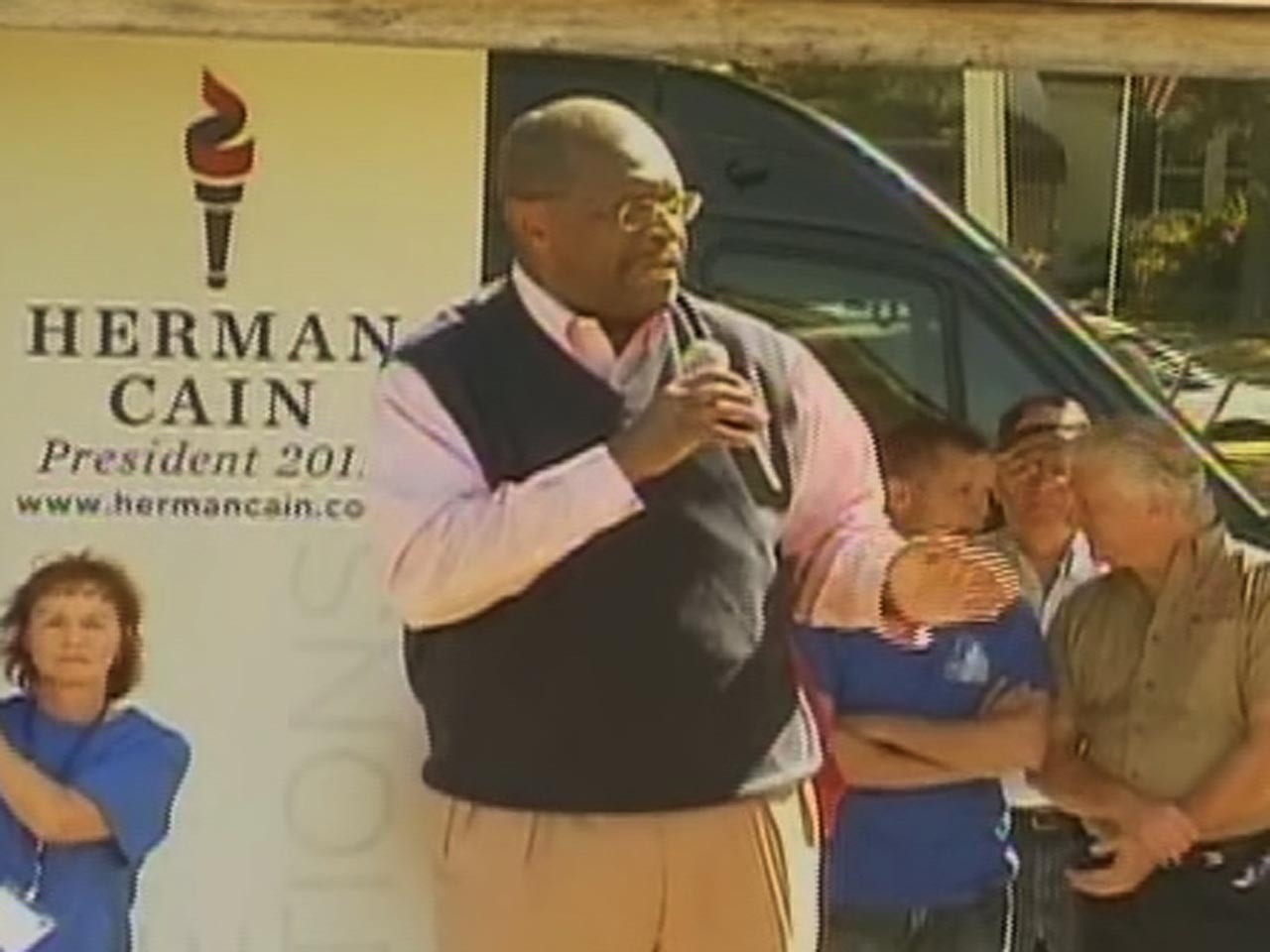 PHOENIX - After first apologizing for suggesting an electric fence along the border, Republican presidential candidate Herman Cain told reporters here Monday that he still thinks it's a good idea for controlling illegal immigration.

"I'm not walking away from that," he said.

Cain has spent the last several days explaining a controversial comment about building an electrified fence along the U.S. - Mexico border that he said could kill people trying to enter the country illegally. On Sunday, he said his comments were "a joke." But talking to reporters here after a meeting here with Maricopa County Sheriff Joe Arpaio, who has made a national reputation for cracking down on illegal immigrants, Cain reversed course.

Initially Cain apologied when told his remarks had upset some in the state. "Mea culpa, mea culpa, mea culpa," he said, using the Latin formula for expressing contrition. But when a reporter challenged his description of his comments, saying he didn't seem to be telling a joke, the retired pizza executive acknowledged: "You're right." He said he still believes in the need for a border fence "and it might be electrified."

About 45 minutes late for his meeting with Arpaio because of "harassment," that caused the sheriff's office to deploy an escort, Cain would not discuss the details.

"We received some information that caused us to improve our security on the way over here and I would like to just leave it at that," Cain told reporters. "When you become a top tier candidate, a lot of nuts come out of the closet. That's basically what it is."

Cain wasn't the only Republican presidential candidate in Arizona - host of one of the early primary contests - talking immigration here on Monday. Earlier in the day, Michele Bachmann met with Arizona lawmakers and law enforcement officials to discuss border security. Afterwards, she accused both Cain and Texas Gov. Rick Perry of not being tough enough on the issue.

Without mentioning him by name, Bachmann referenced a controversial statement Governor Perry previously made in which he called a border fence "idiocy."

"I wouldn't call completing the fence 'idiocy,' as has been done in the recent presidential conversations," Bachmann said. "It is important that we actually do complete the fence in every portion."

And she pounced on Cain's suggestions that he had been making a joke about an electrified border fence.

"I also want to say that this is no laughing matter, the border fence," Bachmann said. We've seen jokes made by presidential candidates about the fence."

Bachmann has been a staunch supporter of building a fence along the entire border between the United States and Mexico, and on Saturday she became the first presidential candidate to sign "The Pledge," a declaration of support for the construction of a border fence created by the national advocacy group, Americans for Securing the Border.

Cain, campaigning last week in Tennessee, said he wanted to build an electric fence along the border that would kill those trying to climb it to enter the country illegally. When pressed on the comment Sunday by NBC's David Gregory on Meet the Press, the former Godfather's CEO said of the comment, "That's a joke."

"That was a joke and this is no laughing matter," she told reporters when asked about Cain's comment. "It's important that we take this issue very seriously in dealing with the fence, as all of the individuals in front of me are doing, they're dealing with it very capably and very seriously."