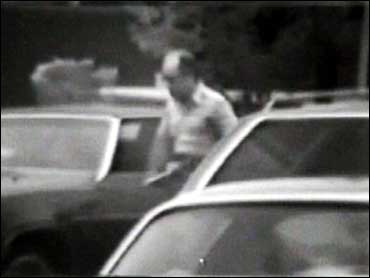 The shorter the tournament, the better for Brian Henninger.

Henninger won this tournament in a playoff in 1994 when it was called the Deposit Guaranty Golf Classic. That year's event was cut to 36 holes because of two days of heavy thunderstorms.

Play was suspended in this year's event Friday and it was shortened to 54 holes because of the memorial service for U.S. Open champion Payne Stewart. Then three inches of rain pushed completion of the tournament back to Monday.

Henninger and DiMarco shared the lead at 11-under for two nights without picking up clubs. When play finally resumed, it turned into a two-person race for the trophy.

Henninger began the day tied with DiMarco for the lead. Henninger dropped two shots in the first four holes, but didn't have another bogey and took the lead for good with birdies at Nos. 13 and 14.

"Brian pretty much went out and won the tournament," said DiMarco, who shot 72 for a 205 total. "When he made the putt to tie, I knew it was me or him. But when I made the turn, I was hitting all cylinders, putting well, driving well and hitting my irons well."

After missing a 5-foot birdie putt at No. 1 and bogeying the second and fourth holes, Henninger steadied himself.

"It was very similar to the start I had at Quad Cities when I had a three-stroke lead going in," Henninger said. "I hit close, an 8-iron to five feet. I've been making those with my eyes closed all week. I missed it and that kind of threw me off."

At the John Deere Classic in July, Henninger dropped to third place. This week, he finished as the leader to become only the second two-time winner of the 32-year-old Mississippi event.

DiMarco had a two-stroke lead after he got out of a greenside bunker for a birdie at the 522-yard fifth hole. That made up for his first bogey of the tournament on the previous hole and got him back to 11-under.

On the next hole, however, DiMarco had his second bogey in a three-hole stretch and his margin was back to 1 stroke over Henninger.

Henninger pulled even at 12-under when he sank a 20-foot birdie putt at No. 13. On the next hole, Henninger went ahead to stay with a 12-foot birdie.

Henninger and DiMarco were in no danger of losing their PGA Tour cards. But thee were many in the field playing to keep their privileges for next year.

With a $104,000 payday, Moss moved up to the top 150, which assures him limited playing privileges on tour and advances him to the final stage of the PGA Tour Qualifying tournament.

Russ Cochran, the first-round co-leader after an opening 64, followed with rounds of 72 and 73 and barely retained his card for next year, improving from 137 to 128 on the money list with his ninth-place finish and $44,750 check.

"I stumbled all year and stumbled around here with the putter," said Cochran, an 18-year veteran of the tour. "I'm thrilled to piece a tournament together even though I didn't play well."

John Daly appeared set for his only top 10 finish of the season after birdies at Nos. 10 and 11 got him to 8-under. Then he lost seven strokes on three holes and closed with a 76 for a three-day total of 2-under 214, tied for 36th place.