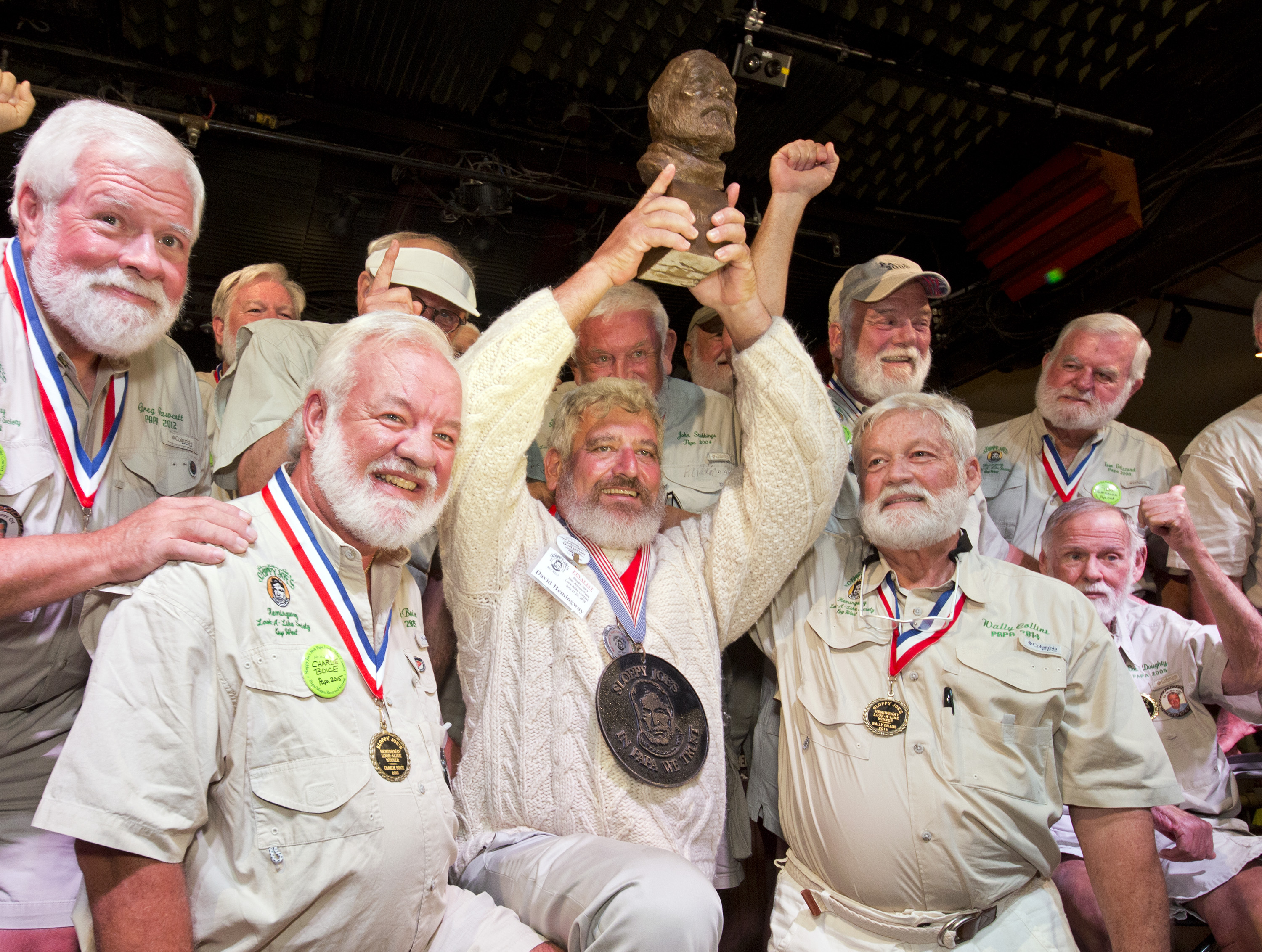 KEY WEST, Fla. -- For the first time in its 36-year history, a Hemingway has won a competition seeking the man who most looks like literary giant Ernest Hemingway.

Dave Hemingway was named the winner of the "Papa" Hemingway Look-Alike Contest on Saturday in Key West, Florida. The winner said he is not related to the late author.

The contest, which attracted 140 entrants, is the highlight event of the annual Hemingway Days festival that celebrates the author's legacy. It was held at Sloppy Joe's Bar, which was a frequent hangout of Hemingway's during his Key West residency in the 1930s.

Hemingway, who won the contest in his seventh attempt, wore a wool, cream-colored turtleneck sweater similar to what the late author favored.

"Even though this sweater is really hot, it was part of my strategy," he said. "And I think it worked really well."

Like the author, Dave Hemingway said he likes to fish, to drink a little "and I like women. I like having a good time. I do feel like Ernest because I'm in the town he lived in so many years."

The husband of celebrity cook Paula Deen -- Michael Groover of Savannah, Georgia -- finished in the top five for the second straight year. This is the sixth time he has participated in the contest.