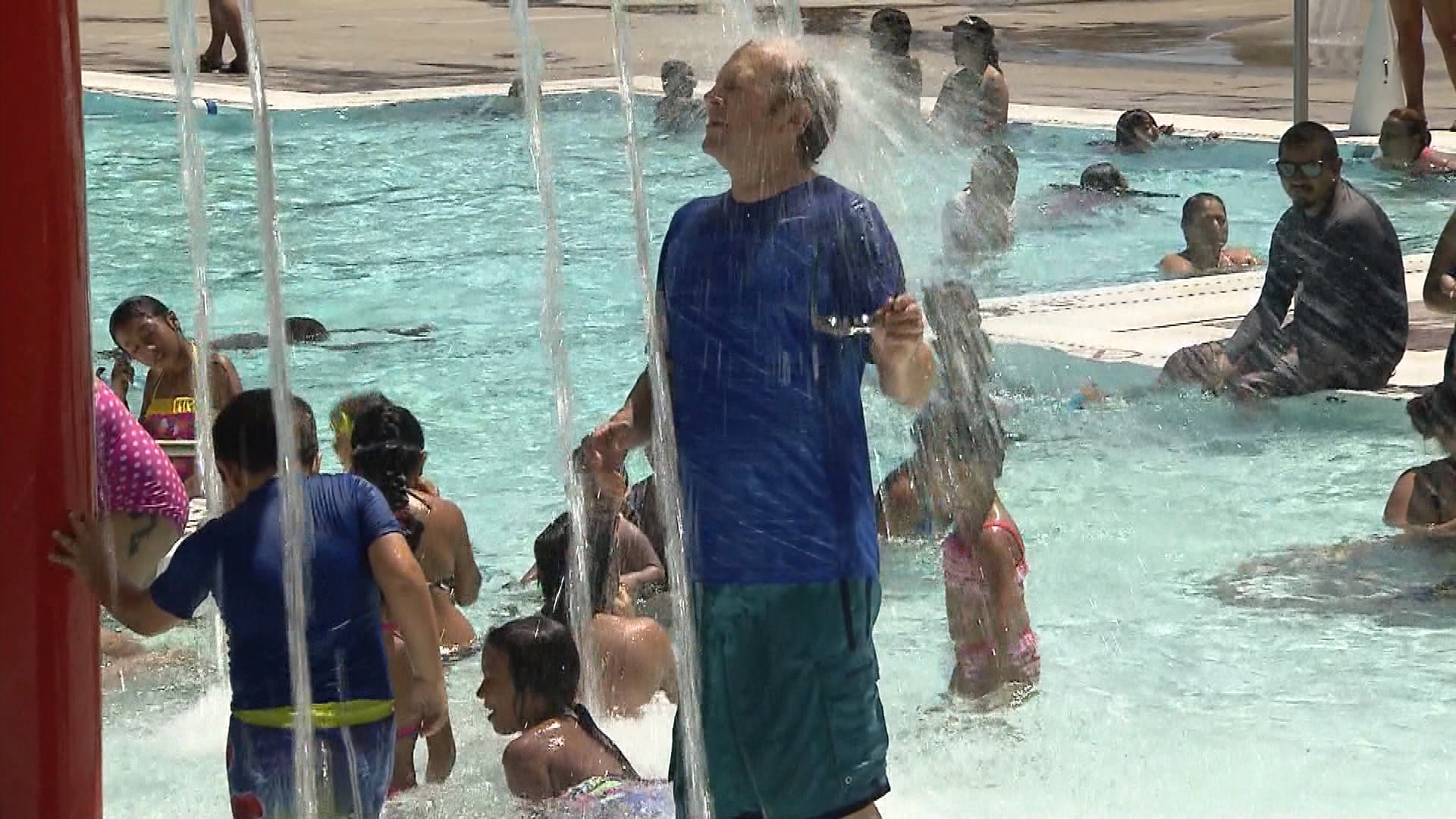 PHOENIX -- Much of the West was smothered in a blanket of heat Saturday with triple-digit temperatures hitting Phoenix, Los Angeles and other cities.

Above-normal temperatures were expected through the weekend as a high-pressure system centered over New Mexico acted like a lid to block cooler air, leaving valleys, deserts and mountains high and very dry.

Authorities warned people not to leave small children or pets in cars, where temperatures can quickly soar. Los Angeles and other cities were keeping libraries and other facilities open late to serve as cooling shelters for those without air conditioning.

"Stay inside if you can," he said. "It's dangerous, regardless of how acclimated you are to the climate, because it can be deadly."

Mike Stephens took precautions for an early-morning run in Estrella Regional Park, a desert and mountain wilderness area in Phoenix. He carried 1 ½ liters of water and was careful not to overdo it.

"You have to know what your body can do," he said.

In the desert 50 miles south of Phoenix Saturday afternoon, Maricopa County Sheriff's deputies rescued three migrants who had been out of water for at least three days. Teams were searching for about 17 others who were heading from the Mexican border north.

The National Weather Service issued warnings of excessive heat throughout Southern California into Saturday night, with some areas expected to see highs of 10 to 15 degrees above normal, said Scott Sukup, a weather service meteorologist in Oxnard.

The mercury hit 96 degrees in downtown Los Angeles, with the San Fernando Valley and other inland valleys ranging up to 108. Palm Springs hit 116 and Death Valley's high could reach 120 to 125, according to the weather service.

"It's hard for them to be cooped up in the house," Chelcie Skrifvars, an Encino mother who brought her two children to a park splash pad, told CBS Los Angeles. "Finding a splash pad is nice for us."

In Moreno Valley east of L.A., a planned power outage was terribly timed for Eddie Cruz and his family.

The L.A. Department of Water and Power asked customers to be mindful of their energy usage, as the heat wave put enhanced pressure on the power grid.

Highs of 110 to 112 were projected for Las Vegas and much of the Mojave Desert.

The Western heat wave began Thursday and was expected to continue through Sunday.

"There's been a big area of high pressure that was over New Mexico and it's been expanding westward," Sukup said.

The heat, coupled with low humidity, has increased the fire danger in California, where some two dozen major fires in recent weeks have destroyed thousands of acres of trees and brush left bone-dry by years of drought.

Winds were light "but it's so hot and dry right now that it's not going to take a lot of wind to spread fires," he said.

A brushfire that erupted Friday afternoon in forest foothills north and east of Los Angeles quickly grew to four square miles, torched several cabins and remained out of control Saturday. Firefighters worked in triple-digit heat and several were treated for dehydration or heat exhaustion.

Temperatures were expected to be cooler in California's coastal regions, with highs in the 80s.

Calm, warm waters have drawn the barb-tailed stingray to the surf line, where they bask in the shallows and burrow in the sand, Haskett said.

"We could have a couple of hundred at Santa Monica Bay," he said.

About two dozen people were stung Thursday and Friday, he said.

The venomous stings are painful but not lethal.

Stingrays aren't aggressive but will respond if stepped on. Haskett said people can avoid stings by doing the "stingray shuffle" -- shuffling their feet through the sand when entering the water to give the stingrays warning.